Audiobook: The 5 Manners of Death by Darden North (Narrated by Steven Jay Cohen) 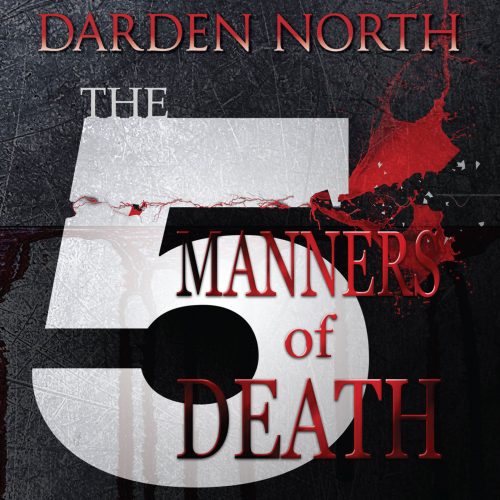 5 Manners of Death Hooked Me

The 5 Manners of Death tells a story of Dr. Diana Bratton and her frenzied search to find out who or what is causing people around her to drop like flies.  At first, they aren’t closely connected, just friends of friends, but she’s convinced there might be more to the story.  She connects with her buddy and, of course, he’s also the Chief of Police (it was a little too “good to be true” but I’ll let that be for now).

Bratton as a character was excellent though. She was likable and you found yourself rooting for her to solve the mystery as the days and pages passed by. There was a part of the book where, I won’t say I was worried, but I was definitely anxious to figure out what was happening.  If not for me, but for Bratton to finally be rid of the mystery and the intrigue.

North writes a fast-paced procedural-like mystery set in the modern South that jumps back and forth from 1965 to the present.  The back and forth was needed and really helped set both the pace and the intrigue for the rest of the story.

I particularly liked the overall arc of the story.  I kept guessing and guess and I was pleased that after my third or fourth, “no I’m sure of it now” thoughts – I happened to get it right.  I promise it didn’t take away from the story in the least.

Throw in the narration by the extremely talented (and nice guy) Steven Jay Cohen, you have a book that lept off the pages and into your ears.  He was able to give life to North’s already exciting words and really added that next level to this book.

I liked it and I think you will too. I can’t think of any other books to compare it to, but it was a good one.

After a construction worker unearths a human skull on the campus of the University of Mississippi dating to the 1960s, an older woman’s desperate attempt to erase history counts down the five ways to die in the contemporary thriller, The 5 Manners of Death. The woman is the niece of Dr. Diana Bratton, a surgeon surrounded by bodies after the discovery of her Aunt Phoebe’s 50-year-old note detailing the manners of death. Suicide, accident, natural causes, and one death classified undetermined are soon crossed off this list—leaving Diana to believe that only homicide remains. Yet the police prove her wrong. Diana soon learns that murder is her family secret.