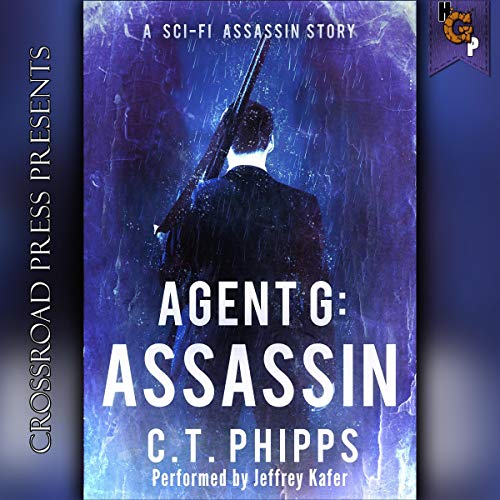 A Great Book With Great Characters

This is not my first Agent G story and it’s also not even close to my first C.T. Phipps one either. There’s a reason that I keep going back to them. They’re an absolute blast to read from beginning to end. In each story Phipps writes he’s able to fit a ton of action, emotion, and a lot of pop references (whether they’re real or from his universe).

Agent G: Assassin was a great story both by itself and in the Agent G universe. It was fast-paced with a lot of heart. G (who now goes by Case) still is talking about trying to be an assassin without killing people and he’s trying to be better but he keeps getting dragged into more and more. Honestly, as this series goes on it keeps getting better and better. The references to other stories, universes, and pop culture always have me cracking up (especially when he quotes an “old” movie or show and no one gets it).

I also like the time jump and the things that have happened between this book and book two (trying not to spoil). The chat about the volcanic eruption was interesting and added a lot to the story, definitely pulling at the heartstrings a bit here and there.

Overall, a great addition to the series and a great book itself. Agent G: Assassin was definitely one that I started and finished within a few sittings – I couldn’t put it down. Of course, the great narration by Jeffrey Kafer doesn’t hurt it either. He’s able to become Case and really helps his character shine — especially the snarky bits.

From the best-selling author of The Rules of Supervillainy.

Agent G, now going by the name Case, thought he’d won. He’d exposed his former employers, shared black technology with the world, and killed the man who’d started it all.

Unfortunately, history slows for no man. After a volcanic eruption decimates the United States, G spends the next decade witnessing humanity rebuild itself into a corporate-run dystopia.

Preferring to the be the boot rather than the ant, Case has become a powerful executive in the new cyberpunk world. Unfortunately, that doesn’t mean he’s immune to his past. Contacted by the only woman he ever loved, Case finds himself, once more, embroiled in a conspiracy to take what little the public has left. Now, he has to decide whether to save what remains of the world or rule it.