Always Hers by Bel Blackwood (Narrated by Amy Deuchler) 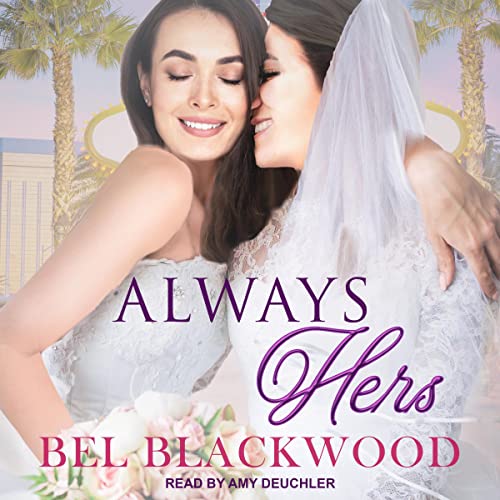 A Unique Point of View

Always Hers was one of those stories that were both original and reminded me of a lot of other media I’ve consumed. It felt like it was part Hangover mixed with some Friends (Vegas episode(s)) with some other Vegas and “who the heck did I marry” type stories mixed in.

Blackwood did a great job building this romance into a sort of mystery-first. They were able to write a story that in parts I was going “obviously this is what happened” but it was still fun reading along with their adventure as they tried to piece together the previous night.

I’ve read quite a few of the tropes in sapphic fiction – and this one had a few of them (second chance for example) but the quick marriage and almost working backward to figure out what happened was new and interesting for me.

Overall, I thought that Always Hers was a blast of a book that absolutely flew by. I listened to most of this on a flight and I couldn’t wait to pick it back up and finish it.

Dani Smith has a problem. Scratch that: this fun-loving lesbian has three of them.

First, she wakes up hungover and married in Vegas. Oops. She was only supposed to be in Sin City for a friend’s wedding, but now she’s the one with a shiny gold ring on her finger.

Second, she’s not exactly sure who she married. She may have a ring, but her bride is nowhere in sight.

The third problem is aloof, cold-hearted Mia: Dani’s ex. The last thing that Dani needs is that know-it-all ice queen—even if her first love still makes Dani’s heart race. But if she’s going to track down her mystery bride before she leaves town, she’s going to need some help.

Mia Reyes has enough on her plate. Between arranging her best friend’s wedding and pulling long hours as a family doctor, she has no time for anything else. But when her ex, Dani, shows up in Vegas, Mia can’t resist her irresistible smile.

Now, Dani has a wedding ring on her finger, and Mia can’t remember exactly what it is that she did last night. But Mia knows she’s not the kind of person to get blackout drunk and marry her ex. Right?

Once upon a time, Mia broke Dani’s heart. Now, she has a second chance. Can she and Dani rekindle their love?