Amalina and the Secrets of the Wailing Castle by C.L. Holmes (Narrated by Andy Stevenson) 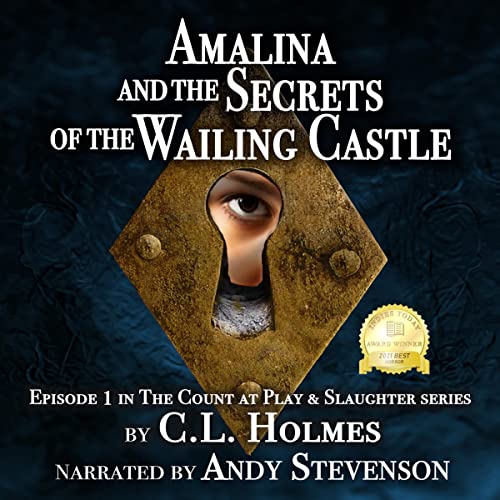 Clocking in right around 13 hours – this one was a longer book by my standards but one that didn’t really feel like it was that long. Usually, right after 11 hours (in my opinion), there are scenes that could be cut or things that just are overexplained – but Holmes does a good job staying away from that while avoiding different issues with the tropes that were included in Amalina and the Secrets of the Wailing Castle.

I checked out another review because I wasn’t sure if I was the only one who was hesitant to jump into another vampire story – but there were other reviewers that felt the same way. That being said, this wasn’t one of “those” books. It was well thought out and done in a way that felt honest and true to the older vampire stories that we’re familiar with. (I say that knowing that I love the vampire series from C.T. Phipps because it was the opposite of that – funny and almost blasphemous to the genre).

I think the thing that surprised me the most from this one was that it was much more of an epic tale than a horror story that most vampire stories are. Holmes did a great job of building this world and the characters in it to epic proportions and really made the whole thing as much about the lore and the history as it was about the horror and the “bad” things associated with them.

Overall, I thought that this was an interesting and unique story. One that I definitely enjoyed.

Abducted by an ancient, evil entity to his castle and into his service, what is one to do? Amalina is about to find out. The darkest, most dangerous time in her life begins…

With dark humor, suspense, and new takes on genre tropes, this dark fantasy series quickly grows to surprising, epic proportions, but it starts here in the first novel: Amalina and the Secrets of the Wailing Castle.