One Way by S.J. Morden
Narrated by William Hope

When the small crew of ex-cons working on Mars start getting murdered, everyone is a suspect in this terrifying science fiction thriller from bona-fide rocket scientist and award-winning author S. J. Morden.

It’s the dawn of a new era – and we’re ready to colonize Mars. But the company that’s been contracted to construct a new Mars base has made promises they can’t fulfill and is desperate enough to cut corners. The first thing to go is the automation…the next thing they’ll have to deal with is the eight astronauts they’ll send to Mars, when there aren’t supposed to be any at all.

Frank – father, architect, murderer – is recruited for the mission to Mars with the promise of a better life, along with seven of his most notorious fellow inmates. But as his crew sets to work on the red wasteland of Mars, the accidents mount up, and Frank begins to suspect they might not be accidents at all. As the list of suspect grows shorter, it’s up to Frank to uncover the terrible truth before it’s too late.

Dr. S. J. Morden trained as a rocket scientist before becoming the author of razor-sharp, award-winning science fiction. Perfect for fans of Andy Weir’s The Martian and Richard Morgan, One Way takes off like a rocket, pulling us along on a terrifying, epic ride with only one way out. A violent storm sweeps through California, taking on a life of her own. Making her way from the Pacific Coast, she gains momentum as she approaches the Sierra and transforms into a blizzard of great strength, covering mountain ranges and roads with twenty feet of snow. Originally published in 1941, Storm is a rare combination of fiction and science by a master storyteller, drawing upon a deep knowledge of geography, meteorology, and human nature.

“In Storm we are far from freeways, from megapopulation, from sprawl, from beach TV, from stress, from road rage. And we are in touch with a much deeper reality. Of land and water and weather, of humans huddled together on the planet in a dark universe.” —Ernest Callenbach, in the foreword An extraterrestrial object is discovered off the coast of California – a sphere that can transport humans to other solar systems.

Death-row inmate Russell Harris and nine other convicts are given the chance to save their lives by agreeing to travel as test subjects on the transporter. But when the first volunteer dies a gruesome death, it becomes clear to Russell and his comrades that the venture is little more than a merciless death mission on which they will all perish.

The surviving Transporter project members find themselves on a new planet and establish a colony alongside a group of abandoned soldiers and scientists. But mortal peril approaches, and the battle for survival has only just begun. Ava’s had a hard life, and it’s about to get a whole lot tougher!

The deck is stacked against 29-year-old Ava. She’s a fighter, but she’s got trust issues and doesn’t always make the best decisions. Despite her natural beauty, she doesn’t score well in the self-esteem department. Her personal complications aren’t without merit, but America is on the verge of a second civil war, and Ava must pull it together if she wants to survive.

Ava has just lost her adoptive mother to cancer. Her fiancé broke off the engagement shortly after her mom got sick. She has no idea who her biological father is and her adoptive dad walked out on his family for the sweet young thing at the office 15 years ago. With such a long history of loss and abandonment, it’s understandable why she’s hesitant to put her faith in people, but now it’s affecting her relationship with God.

Meanwhile, the tentacles of the deep state have infiltrated every facet of American culture. The public education system, entertainment industry, and mainstream media have all been hijacked by a shadow government intent on fomenting a communist revolution in the United States. The antagonistic message of this agenda has poisoned the minds of America’s youth who are now convinced that capitalism and conservativism are responsible for all the ills of the world. Violent protest, widespread destruction, and politicians who insist on letting the disassociated vent their rage will bring America to her knees, threatening to decapitate the laws, principles, and values on which the country was founded.

Ava refuses to give into fear, but she simply cannot survive on her own. She must deal with her crisis of faith and learn to trust other people, or she’ll never make it through the bloodiest period of America’s history. Jade Ihara is caught in a centuries old power struggle between a slave cult who believes she might be the incarnation of the goddess of liberty, and a secret cabal with plans for world domination. Can she unravel the mystery of the Cult of Veritas and find their sacred relics before it’s too late? David Wood and Sean Ellis deliver another action-packed thriller that will keep you on the edge of your seat! Fans of Indiana Jones, Tomb Raider, Rogue Angel, and Dane Maddock will love Exile!

A mysterious suicide. Horrific specters walking the streets. A drug that promises to change the world. An apocalyptic cult.

Something is stirring in the city of Duluth, Minnesota. Ever since a celebrated researcher announced the creation of a new experimental drug – a drug with the potential to cure the mind of countless ills – people have been disappearing. When a grad student involved with the drug’s development unexpectedly commits suicide, a private detective is tasked with unearthing the details of her tumultuous final days.

This miracle drug may not be what it seems. Others touched by the drug begin to see things – horrible things – and find themselves transported into a nightmarish world where an ancient evil stirs.

Those who taste the drug are left spiraling into horror. Dark figures tail them on the street, and the scenery of their nightmares begins to encroach upon waking life, blurring the lines between dreams and reality. Their terrifying experiences make up the individual fragments of a dire mosaic. As the pieces fall into place, they come to realize the unspeakable horrors that await all of mankind.

Midnight is looming, and the sun may never rise again over the city of Duluth.

In 1984 a doomsday vault was constructed on a remote island in the Arctic Ocean. Its purpose was to preserve Earth’s genetic history in the event of a global catastrophe. Now, decades later, a second vault has been uncovered. This one resting where no one ever expected. And the problem is, it’s not ours.

Yet even more curious than the vault itself is what lies inside. Seeds. Millions of seeds. Each with a genetic embryo untouched and perfectly preserved. Waiting. No one knows who built it. Or when.

What we have managed to figure out is that whoever it was traveled an immense distance. For the sole purpose of hiding their genetic blueprints on Earth. But why?

Now a small group of marine biologists and navy investigators have been assigned to find out. Before anyone else does. But Alison Shaw and John Clay are not prepared for what they are about to uncover. Beginning with the truth behind our own evolution.

The Hitchhiker’s Guide to the Galaxy meets Eurovision in an over-the-top galactic science fiction spectacle from best-selling author Catherynne Valente where sentient races compete for glory in a universe-wide musical contest – where the stakes are as high as the fate of planet Earth.

A century ago, the Sentience Wars tore the galaxy apart and nearly ended the entire concept of intelligent space-faring life. In the aftermath, a curious tradition was invented – something to cheer up everyone who was left and bring the shattered worlds together in the spirit of peace, unity, and understanding.

Once every cycle, the civilizations gather for the Metagalactic Grand Prix – part gladiatorial contest, part beauty pageant, part concert extravaganza, and part continuation of the wars of the past. Instead of competing in orbital combat, the powerful species that survived face off in a competition of song, dance, or whatever can be physically performed in an intergalactic talent show. The stakes are high for this new game, and everyone is forced to compete.

This year, though, humankind has discovered the enormous universe. And while they expected to discover a grand drama of diplomacy, gunships, wormholes, and stoic councils of aliens, they have instead found glitter, lipstick, and electric guitars. Mankind will not get to fight for its destiny – they must sing.

A band of human musicians, dancers, and roadies have been chosen to represent Earth on the greatest stage in the galaxy. And the fate of their species lies in their ability to rock. Follow NPC Maddie on her journey of self-discovery, which takes her through the deadly desert plains to the inner programming that makes her who she is. Lost in the Storm by Mark Stone
Narrated by Joe Hempel

Detective Dillon Storm is headed back to Naples for the first time in a dozen years, and the occasion is not a happy one.

The illegitimate son of the richest man in America’s richest city, Dillon spent his entire life in the shadow of a family that would never accept him.

Now, he’s come to bury the man who neglected him and, in doing so, put that part of his life behind him forever.

But the past has a way of sticking around, and things don’t stay forgotten in sun soaked Florida for long…even when they’re buried.

When the lawyer dealing with his father’s estate is murdered and Dillon’s number is found on his phone, it sets the detective on a path that will unearth family secrets, bring long-gestating scandals to light, and expose a murder that will change everything Dillon thought he knew about his past forever.

There are bodies in these swamps, and it’ll take just the right kind of Storm to give them justice. 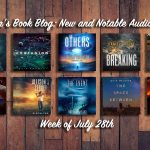 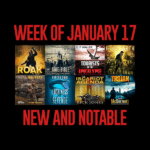