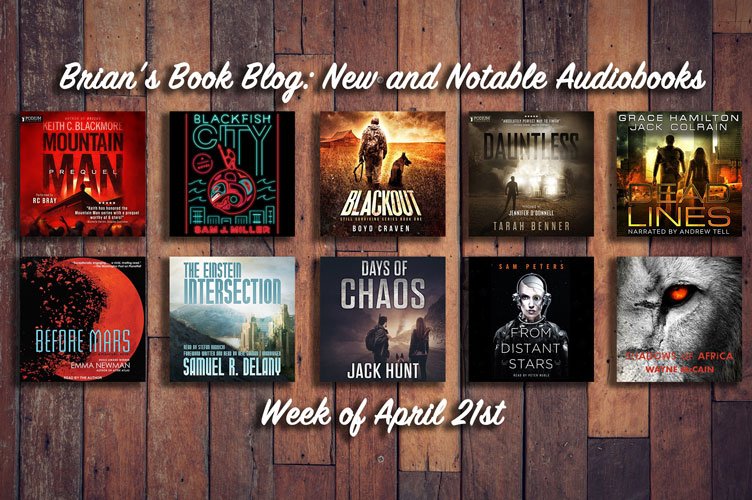 After a long day of prepping a house for painting, all Gus Berry wanted was the night off to spend some time with his girlfriend and relax before having to return to work the next morning. But that isn’t going to happen. Because Gus’s co-worker Benny has found a one-night job at the local Mollymart East, a job that has to be done by morning. If Gus and his paint crew can complete the work by then, it could mean huge business with a respected, established grocery store chain.

But as Gus and his fellow painters soon discover, the much-anticipated zombie apocalypse doesn’t start with a bang. It starts on a Monday. And barricading themselves inside a megastore isn’t the end. After the climate wars, a floating city is constructed in the Arctic Circle, a remarkable feat of mechanical and social engineering, complete with geothermal heating and sustainable energy. The city’s denizens have become accustomed to a roughshod new way of living; however, the city is starting to fray along the edges – crime and corruption have set in, the contradictions of incredible wealth alongside direst poverty are spawning unrest, and a new disease called “the breaks” is ravaging the population.

When a strange new visitor arrives – a woman riding an orca, with a polar bear at her side – the city is entranced. The “orcamancer”, as she’s known, very subtly brings together four people – each living on the periphery – to stage unprecedented acts of resistance. By banding together to save their city before it crumbles under the weight of its own decay, they will learn shocking truths about themselves. Westley Flagg isn’t your usual lawbreaker. He’s a poacher, a moonshiner, and a prepper, out of necessity. Despite trying to live on the straight and narrow, he knows the law can turn things on you in a heartbeat. When Wes has to come up with money for his Grandpa’s surgery, he gets involved with an unsavory group.

Living deep in poverty for most of his life, he’s become resilient and flexible, but college education can only take him so far. A solar storm sends the northern lights as far south as Texas, and cascading failures in the grid cripple the nation. Now, without communications, Flagg has to prove he has what it takes to still survive. Lark is on the run again, pursued by the same agents who betrayed her. She broke the rules. She has blood on her hands. And she has something they want desperately.

When the gang’s helicopter crashes while landing in the Rio Grande, all their troubles come to a head. Soren is haunted by his discovery at Cheyenne Mountain. His grief is making him bitter and distant, and Lark fears the chasm growing between them. Homeland Security is closing in, and they will stop at nothing to bring Lark into custody.

She and her friends hold the key to ending the famine – a secret GreenSeed kept hidden from the world. But as their situation grows more precarious, Lark realizes she must choose: Turn her back on an unkind world, or expose herself to her enemies and risk a lifetime behind bars.

Don’t miss the electrifying conclusion to the Lawless Saga! 911 operator Jim Parker wants – more than anything – to be useful again. When a catastrophic EMP strikes, and he’s the last person a kidnapped girl speaks to before the lines go dead, he knows he can’t let her down. Especially when the circumstances are so similar to his own daughter’s disappearance. With the world falling apart around him, he wants to do nothing more than retreat to his prepper cabin. But with a fresh lead on his daughter, and another innocent girl’s life on the line, the disgraced cop will do everything in his power to track them down.

Finn Meyers has lost Ava, her best, and only, friend in the world, but she knows where the missing young woman might be – and perhaps Parker’s long-lost daughter. Now, Parker must form an uneasy alliance and tackle his own internal demons as the two begin a perilous journey that will take them to the headquarters of a mysterious cult in Indiana. But what they find along the way will shatter all their preconceptions – and threaten the world as they know it. Can a has-been and a has-not save the innocent, and stop a disaster from happening? Before Mars by Emma Newman
Narrated by the author
Tantor Audio

After months of travel, Anna Kubrin finally arrives on Mars for her new job as a geologist and de facto artist-in-residence. Already she feels like she is losing the connection with her husband and baby at home on Earth – and she’ll be on Mars for over a year.

Throwing herself into her work, she tries her best to fit in with the team. But in her new room on the base, Anna finds a mysterious note written in her own handwriting, warning her not to trust the colony psychologist. A note she can’t remember writing. She unpacks her wedding ring, only to find it has been replaced by a fake.

Finding a footprint in a place the colony AI claims has never been visited by humans, Anna begins to suspect that her assignment isn’t as simple as she was led to believe. Is she caught up in an elaborate corporate conspiracy, or is she actually losing her mind?

Regardless of what horrors she might discover, or what they might do to her sanity, Anna has to find the truth before her own mind destroys her. The Einstein Intersection won the Nebula Award for best science fiction novel of 1967. The surface story tells of the problems a member of an alien race, Lo Lobey, has assimilating the mythology of Earth, where his kind have settled among the leftover artifacts of humanity. The deeper tale concerns, however, the way those who are “different” must deal with the dominant cultural ideology.

The tale follows Lobey’s mythic quest for his lost love, Friza. In luminous and hallucinated language, it explores what new myths might emerge from the detritus of the human world as those who are “different” try to seize history and the day. Would you still survive 15 days without power?

After the lights went out across the nation, Elliot, Jesse, Maggie, and Damon fought off desperate people as they made their way back to Lake Placid. Rayna barely survived an attack by home invaders, and Gary struggled to maintain order in a town gripped by panic.

Now together, they must face the consequences of their actions and fight through days of chaos. Damon knows Magnus won’t stop until he finds those responsible for the death of his cousins. He knows Cole will do whatever it takes to survive.

A trip into Keene may prove to be more deadly than he imagined. Will he stand with those who helped him or side with those he’s known the longest?

When a string of murders occur throughout Lake Placid, Gary and Elliot must face an unknown danger. With looters and raiders going wild it’s only a matter of time before they lose control. How many must die before they throw in the towel and protect their own?

Days of Chaos is the second audiobook of an EMP, post-apocalyptic, survival thriller series. It’s a powerful, action-packed story about the ones we leave behind and the risks we must take to survive. Inspector Keon has finally got over the death of his wife, Alysha, in a terrorist attack five years ago. The illegal AI copy of her – Liss – that he created to help him mourn has vanished, presumed destroyed. His life is back on track. But a deadly shooting in a police-guarded room in a high-security hospital threatens to ruin everything.

Who got past the defences? Why did they kill the seemingly unimportant military officer who had been in a coma for weeks? And why did the scanners pick up the deceased man the next day on the other side of the planet, seemingly alive and well?

As Keon digs into the mysteries, he begins to realise that the death was connected to a mysterious object, potentially alien, discovered buried in ice under the North Pole. Someone has worked out what is hidden there and what its discovery will mean for mankind. Someone who is willing to kill. And another player has entered the game. Someone who seems to know more about Keon than is possible. Someone who might be using Liss’ information against him. Or who might be Alysha, back from the dead. When a small team of former special operators land in Tanzania to grab a local warlord, it’s business as usual. But the situation quickly changes when they learn that a pride of lions has been feeding on the local populace. Unable to walk away leaving the locals to fend for themselves, the seasoned warriors are drawn into a conflict unlike anything they’ve ever taken part in. As they struggle to understand their new enemy, they’re led deeper and deeper into the unforgiving Tanzanian wilderness. Accompanied by a local game ranger, the team risks everything for the same reason they always have: their fellow man.

Stay out of the long grass…. 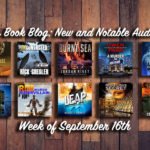 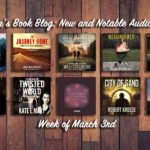 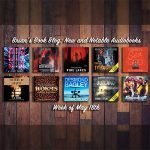 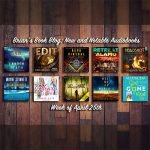