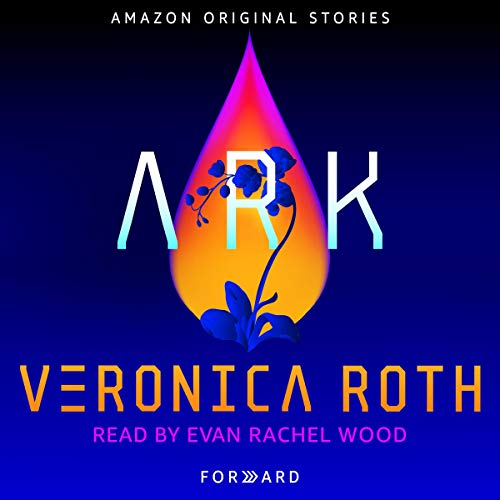 Different Than I Expected, But I Enjoyed It

When I first finished this book, I was kind of in a state of shock. Not a “oh man, this book was fantastic” but more of a… “hmm I don’t know how I feel about this book” kind of shock. Ark tells a story of the inevitable meteor coming to destroy the Earth – specifically a story about a group of people who are working on classifying different plants before joining the others on their new planet.

I don’t know exactly why I didn’t know how I felt but part of it was that this story compared to some of the others in this series was a little more literary in it’s writing style.  I’ve read other books from Roth and this was a little bit different.  She didn’t go with the typical YA that we’re used to from her but wrote a more literary-focused short story.  The story itself was probably forgettable on it’s own if it weren’t for some of the apparent voodoo she put in it.

I was standing in the grocery store preparing to buy my wife some flowers to celebrate her passing a civil service promotional exam when I saw an orchid and it brought me right back to this book.  Roth was able to do this without me even realizing it.  She wrote a short story that apparently sat in my subconscious for almost a week and then sprung back out – allowing me to think about it again.

It wasn’t a perfect story and wasn’t a five in my eyes, but it was a real and touching story.  I thought the characters, while flawed, were believable and that they didn’t jump off the page but sank, deep into me waiting for another day to strike out and hit me.

Ark is a story about the feelings you have when you think everything is changing. When you think about taking back control after being out of control for so long. It was a very different story than I expected, but one that I did enjoy.

On the eve of Earth’s destruction, a young scientist discovers something too precious to lose, in a story of cataclysm and hope by the #1 New York Times bestselling author of the Divergent trilogy.

It’s only two weeks before an asteroid turns home to dust. Though most of Earth has already been evacuated, it’s Samantha’s job to catalog plant samples for the survivors’ unknowable journey beyond. Preparing to stay behind and watch the world end, she makes a final human connection.

As certain doom hurtles nearer, the unexpected and beautiful potential for the future begins to flower.

Veronica Roth’s Ark is part of Forward, a collection of six stories of the near and far future from out-of-this-world authors. Each piece can be read or listened to in a single thought-provoking sitting.

Walking on the Sea of Clouds by Gray Rin