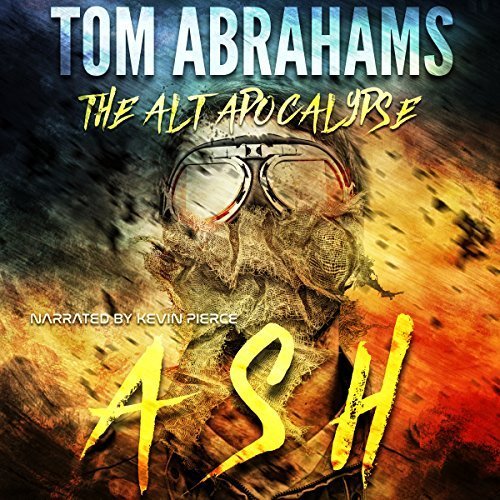 A Brand New Take In The Post-Apocalyptic Genre

I’m going to directly quote Abrahams here because I wanted to point out the exact thing that he’s hoping to accomplish with the Alt Apocalypse series:

“It explores survival under the most extreme circumstances, but with a twist (and no cliff-hangers). This series, which can be read in any order, features the same core characters in each complete story. But every book dunks them into a new, alternate apocalypse; a nuclear holocaust, an earthquake, a flood, a wildfire, a hurricane, a plague, and even zombies. ” So there you have it – he’s going to re-use the cast and characters throwing them into different situations. I love the idea behind this because it will show you that some people are geared to survive one apocalyptic event but not another. I think that this is a unique take on the PA genre and I can’t wait to read the other stories he’s crafting.

I don’t normally stop to highlight a quote in a book while listening to the audio unless it’s really quotable or something that stuck out to me.  I ended up stopping while reading Ash to highlight four times.  One of them was: “this is LA. There are as many hills as there are douchebags.” “Probably more hills,” added Jesse. “A lot of those douchebags are dead.” – I died when reading this line.  I don’t know why it felt so perfect in this book – definitely my kind of humor.

I’m sure that the ven diagram of pop-punk listeners and post-apocalyptic readers isn’t very big but I couldn’t get a specific song out of my head the entire time I was reading Ash.  Grey by Yellowcard basically the chorus is “It’s all gone grey…” and the way that Abrahams wrote Ash – this fits pretty darn well.

So, to quote him again, Ash tells the story of “four college friends, an ex-con, a lonely fry cook, and a secretive group of prepared civilians as they each battle to survive in southern California after a series of nuclear attacks.” each one of these groups or single people brought a different side to this story.  I think I liked the secretive group and the college kids the most.  They were totally different but had me totally enthralled.

Overall, Ash is something that I don’t get to write and mean too often.  An original post-apocalyptic story.  Sure, some of the things in it you can find in other books but I’m looking at the series as a whole.  This is something that no one that I know of has done in this genre and I’m excited for things to come.

The audiobook was only taken to the next level by the voice of the apocalypse himself, Kevin Pierce.  His narration really helps take an already great book and make it better.  I’m thrilled that Abrahams and Pierce are working together on another series.

It explores survival under the most extreme circumstances, but with a twist (and no cliff-hangers). This series, which can be heard in any order, features the same core characters in each complete story. But every audiobook dunks them into a new, alternate apocalypse and a nuclear holocaust - an earthquake, a flood, a wildfire, a hurricane, a plague, and even zombies.

Different heroes will emerge in each novel. Different characters will survive and perish. Your favorite character dies in one audiobook? He or she will be back in the next. In the end, you'll unwind the loose thread that connects every character and every stand-alone story.

In Ash, Abrahams tells the story of four college friends, an ex-con, a lonely fry cook, and a secretive group of prepared civilians as they each battle to survive in southern California after a series of nuclear attacks. Theirs is a gray world covered in ash and nuclear fallout.

Do they hunker down? Do they bug out? Do they find their salvation above ground or below?