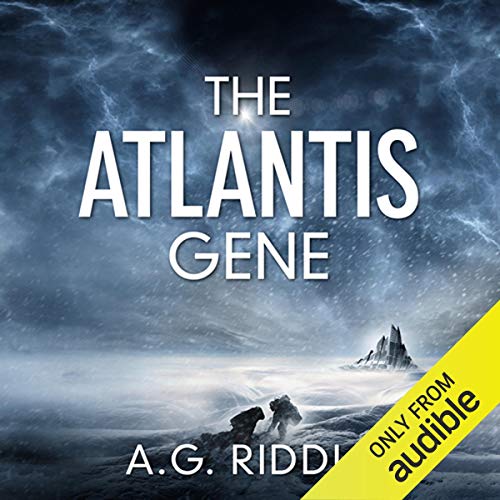 A Thrill-Ride That Captures Minds and Hearts Alike

I’ve had this book on my “to be read” pile for a long time.  I picked this up a couple years ago before I was really into audiobooks and even though I was enjoying it — it just felt like it was dragging on so I stopped around 20-30% through.  I picked this up the other day and I’m really glad that I gave it another chance.  I knew that thousands of people loved Riddle and this series, so I wanted to give it another shot.  I completely understand why now.

For people out there who aren’t sure why people listen to audiobooks — this is a great example.  It was a book that I was enjoying, but for some reason, I couldn’t find the “right” time to read it.  Or it wasn’t hitting me with the right pacing.  I put the audiobook on and all of a sudden it’s 1 AM30 and I should have been in bed hours ago.

It’s pretty obvious that The Atlantis Gene is leading up to something.  There is a great story arc that is almost completed by the end of the book — but Riddle left it open.  Normally this bothers me a bit, but I’ve had this series on my radar for some time and I’m not disappointed at all by a 15+ hour book.

The mixture of history and future in this book was fascinating to me.  I don’t want to give too much away (I know, the book is 3+ years old at this point) but I’m amazed at how many different genres that Riddle was able to intermix into this story without it feeling boring or overbearing. There really is a little bit for everyone in this.  There’s some mystery, adventure, thriller, technothriller, history, sci-fi, and medical thriller.

I’m extremely glad that I gave this a second chance.  I picked it up because I cannot wait for Riddle’s newest book: Pandemic (I pre-ordered it). I hope that he puts as much thought into that as he did into this book.

Overall, an enjoyable book with lots of twists and turns.  A book with something for everyone to enjoy.

Off the coast of Antarctica, a research vessel discovers a mysterious structure buried deep inside an iceberg. It has been there for thousands of years, hiding a secret that will rewrite human history.

In a lab in Jakarta, Indonesia, Dr. Kate Warner has made the breakthrough of a lifetime: a cure for autism. Or so she thinks. What she has found is far more dangerous–for her and for the entire human race. Her discovery could set off the next stage of human evolution, an event that might kill 99% of the global population.

With time running out, Kate races to unravel the truth about the Atlantis Gene. At each turn, she is thrust deeper into a conspiracy spanning thousands of years–and a mystery rooted in her own past. The history of human origins is not as it seems, and the future hangs on a decision she must make. 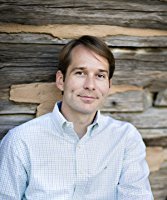 He released his first novel, The Atlantis Gene, in March of 2013. It became the first book in The Origin Mystery, a trilogy that has sold over two million copies in the US, has been translated into 23 languages, and is in development to be a major motion picture. The trilogy appeared in bookstores around the world in 2015.

His recently released fourth novel, Departure, follows the survivors of a flight that takes off in the present and crash-lands in a changed world. HarperCollins published Departure in hardcover in the fall of 2015, and 20th Century Fox is developing the novel for a feature film.

Riddle grew up in the small town of Boiling Springs, North Carolina and graduated from UNC-Chapel Hill. During his sophomore year of college, he started his first company with a childhood friend. He currently lives in Raleigh, North Carolina with his wife, who endures his various idiosyncrasies in return for being the first to read his new novels. They welcomed their first child, a daughter, on September 2, 2016.

No matter where he is, or what’s going on, he tries his best to set aside time every day to answer emails and messages from readers.