Welcome to Brian’s Book Blog’s weekly New and Notable Post for the Week of August 4th.  We share the 10 books from this week that caught our eye featuring Post-Apocalyptic, Horror, Sci-Fi, Thrillers, and more. Enjoy!

We’ll live to fight another day!

With those words, a hero rose to the challenge and a family found the strength within themselves to face the unthinkable. The forces of evil have descended upon Armstrong Ranch. The family had worked this ranch since the 1800s and now invaders from a faraway land had plans to take it away. Will the Armstrongs persevere in the face of a well-trained, deadly enemy which intends to steal their home and end their lives?

The Lone Star Series is a thought-provoking, gut-wrenching look into a post-apocalyptic world devastated by nuclear destruction. Will you be ready to make the tough decisions to protect your family and survive?

Note: The Lone Star Series does not contain strong language. It is intended to entertain and inform audiences of all ages, including teen and young adults. Although some scenes depict the realistic threat our nation faces from a nuclear war and the societal collapse which will result in the aftermath, it does not contain graphic scenes typical of other books in the post-apocalyptic genre. I believe more of our young people need to lead a preparedness lifestyle. Studies show that our millennials do not have any of the basic survival skills. By writing this series free of vulgarities and gratuitous sexual innuendo, I’ve intended it to be suitable for everyone. 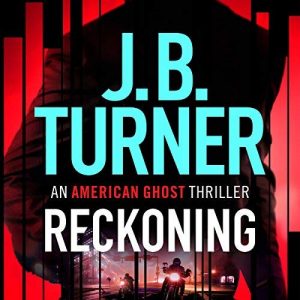 After taking out a covert facility run by the Commission, a deep-state syndicate, Nathan Stone has made powerful enemies. He’s a black-ops asset – and he’s gone rogue.

Stone knows that these men will stop at nothing to get what they want. Killing Mahoney is just the beginning. And when Stone learns the identity of their final target, he knows he has to stop the Commission once and for all – no matter the cost. 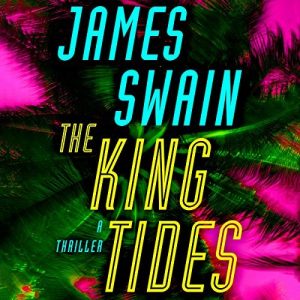 Nicki Pearl is the perfect daughter – every parent’s dream. And that of strangers, too. Wherever she goes, she’s being watched. Each stalker is different from the last, except for one thing – their alarming obsession with Nicki.

Desperate times call for desperate measures, and Nicki’s father is turning to someone who can protect her: retired private detective and ex-Navy SEAL Jon Lancaster. Teaming up with FBI agent and former abduction victim Beth Daniels, Lancaster can help – his way. He’s spent most of his career dispatching creeps who get off on terrorizing the vulnerable. Unlicensed, and unrestricted, he plays dirty…. But this case is unusual. Why so many men? Why this one girl? Does Nicki have something to hide? Or do her parents? 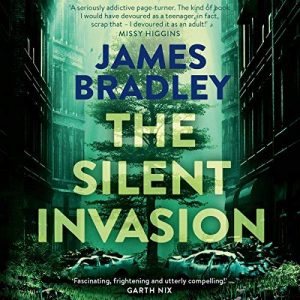 The Earth is dying.

Plants, animals and humans are being infected by spores from space and becoming part of a vast alien intelligence.

When 16-year-old Callie discovers her little sister Gracie is Changing, she flees with Gracie to the Zone to escape termination by the ruthless officers of quarantine.

What Callie finds in the Zone will alter her forever and send her on a journey to the stars and beyond.

The first audiobook in a heart-stopping trilogy from award-winning author James Bradley. 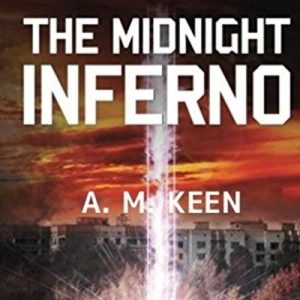 The Midnight Inferno by A. M. Keen
Narrated by Brian Clarke
Self Published

When news of an electrical disturbance reaches the Millers Fall Police Department, no one imagined the fate of the officers sent to investigate. Unable to contact their colleagues, the remaining officers plan their own search, but stop as the night sky turns to an amber haze. With five officers missing, Sheriff Mason Palmer is forced to investigate.

Anomalies befall the town, worrying its residents. With no explanation of these events, Palmer’s only lead appears with Mitchum Hoyt, the leader of a backwoods cult living in isolation. As the investigation deepens, Palmer realises the relevance of Hoyt’s preaching. They’re coming…. 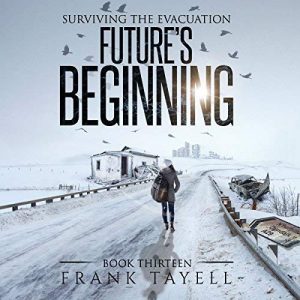 For good or ill, the future has begun.

After the outbreak came the nuclear war. The blasts killed millions. Chaos followed. Most of those unlucky enough not to succumb to starvation and disease joined the ranks of the living dead.

Forced to flee once more, a hasty exodus was planned, but those plans were sabotaged. The survivors became scattered across the island of Ireland. Old-world supplies are scarce, hope is running out, and safety is just a memory. The snow has come, and though rain will soon follow, winter has truly begun.

In Dundalk, 800 survivors have occupied a local college, but the campus is too dispersed to defend. As they scour the snow-covered town for a safe route to the sea, they find signs of long-fled survivors and answers to a question they hadn’t asked.

In Belfast, the situation is increasingly precarious. There are saboteurs in their midst. As the investigation into their identity slowly progresses, the terrorists continue to plot. Rumors of a mutiny escalate into a riot, while an unseen clock ticks ever closer toward humanity’s destruction.

Set in Belfast and Dundalk over three days that change everything.

Jake Noble, Special Forces veteran and ex-CIA operative, is living on his boat, trying to scrape together enough money for his mother’s cancer treatments. When the Company offers him 150k dollars to track down a missing girl, Noble has no choice but to delve back into the seedy underbelly of Manila’s sex trade.

With the clock ticking on the girl’s life, Noble will need all of his old skills to survive. Every move he makes unravels another deadly conspiracy and what he finds goes deeper than a random kidnapping…. The president of Russia is dead.

His successor, dubbed the Kremlin Khan, begins his reign of terror with an audacious plot.

His goal: the destruction of NATO. His weapon: an Earth-shattering technology from the wildest nightmares of Nikola Tesla.

But a rogue Russian officer is hellbent on stopping the cataclysm. Enter Eugene Sokolov.

The one-man mission takes Sokolov through a maze of murder and mayhem across Europe. Racing to Berlin, he must confront his past and weather the devastating Kremlin storm. Unless he survives and hunts down a group of GRU saboteurs, the free world may already be doomed. From the best-selling author of The Rules of Supervillainy: Captain Cassius Mass can only run so far from his problems and the galaxy isn’t big enough to hide from those pursuing him. Cassius soon finds himself blackmailed into a mission that will clear him of all charges as well as protect him from future persecution: bring an end to the civil war currently racking the galaxy.

Accompanied by a new set of untrustworthy allies, the crew of the Melampus, and the A.I duplicate of his dead wife – Cassius needs to figure out how to not only deal with his target but also his employers.

Because the entire universe is at stake. Rookie Cop Dave Stewart knew that William Bailey was guilty of murder. All he had to do to convict him was change one line in his statement.

Detective Chief Superintendent John McCauley loves dirt. He collects it in secret files to use against his enemies, and since Stewart slept with the beautiful Detective Sergeant Anne Wallace, he is the enemy. Stewart hatches a plan to destroy the evidence against him, but inside McCauley’s files is evidence of a vile pedophile ring operating under the Chief’s nose. Now three people are dead, and Dave Stewart is the prime suspect.