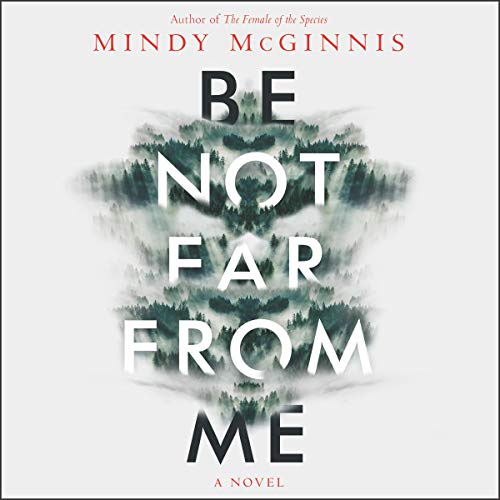 Wow, What A Story

Wow, I did not expect this book to suck me in quite like it did. Be Not Far From Me absolutely destroyed me (in a good way if that’s possible). McGinnis was able to write a character that not only felt real – I considered looking this story up because it felt so real.

The opening of the book had me skeptical. I wasn’t sure how a bunch of teenagers partying in the woods was going to turn into a good book, but hooo boy I was wrong. It was just setting the scene. Introducing the main character and what she knew about the woods. It was to give the reader a baseline of who she was and what she was like in the woods before throwing her off a cliff (almost literally) and taking away everything she knew.

The story seems to parallel someone that she had a girl crush on (a camp counselor) and that entire journey keeps flashing back into her life as she is trying to get help. Let me just say – the way in which McGinnis writes the different things that happen to Ashley was insanely well done. I felt like I was about to have the same issues while reading this.

To say I couldn’t put this down would be an understatement. I lost most of my Sunday reading this book. I was completely enraptured by it. McGinnis sucked me in with the fantastic character building of Ashley and never let me go. I wanted to know what was going to happen to her. I wanted to know exactly how bad it was going to get. I wanted to know if it was actually going to get better. And when Ashley started to doubt, I was heartbroken for her. Just like she was in herself. I can’t think of many books that have done that to me.

Brittany Pressley did a fantastic job becoming Ashley. There were certain quotes and things that Ashley said that stuck out to me. One of the lines that jumped out at me was “…I was born with teeth and fingernails, and both of those were made for hanging on”. It sums up both where Ashley was from but also who she was as a person. And Pressley’s delivery of it really sealed the deal.

Overall, a fantastic book that I went into skeptical and came out in love with. It was that enjoyable.

Hatchet meets Wild in this harrowing YA survival story about a teenage girl’s attempt to endure the impossible, from the Edgar Award-winning author of The Female of the Species, Mindy McGinnis.

The world is not tame. Ashley knows this truth deep in her bones, more at home with trees overhead than a roof.

So when she goes hiking in the Smokies with her friends for a night of partying, the falling dark and creaking trees are second nature to her. But people are not tame either. And when Ashley catches her boyfriend with another girl, drunken rage sends her running into the night, stopped only by a nasty fall into a ravine.

Morning brings the realization that she’s alone – and far off trail. Lost in undisturbed forest and with nothing but the clothes on her back, Ashley must figure out how to survive with the red streak of infection creeping up her leg.

Be Not Far from Me by Mindy McGinnis
Narrator: Brittany Pressley
Length: 5 hrs and 28 mins
Published by HarperAudio on March 3rd 2020
Genres: Thriller
Format: Audiobook