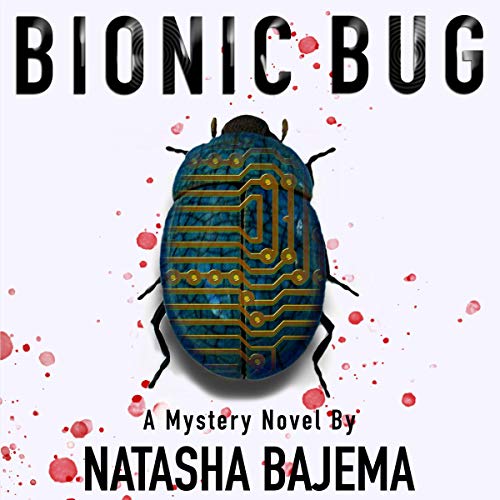 Lara Kingsley as a character was an interesting one.  I love when main characters are flawed.  No one in perfect and Lara has issues of her own.  There’s something heartwarming and realistic about it that turns the book from good to great.

I can also tell that Bajema did her research for this. I’m unsure what her background is in but the science and technology in this book were top notch.  Having properly researched and well written science/tech takes a book from being one that I gloss over to one that I swoon about.  The diseases and poisons that were included along with the advancement in robotics (near-future) really put the book over the top for me. As I said above – this book is terrifyingly realistic.

The story itself was well told and flowed really nicely.  Numerous times I thought that was it for Lara or those around her.  And other times I was pretty sure I’d figured out the story only to be taken down a completely different path.  The irony was that I had a guess really early on that ended up being right, but Bajema’s writing had me doubting myself left and right.

The ending (post the “stories” ending) was heartwarming and really a great addition to the story.  After things settle down – that final scene really tied the book up in a nice bow for me.  I’m really curious what other craziness Lara will get into in other books in this series.

I thought that Tia Rider did a really nice job narrating this. I don’t like calling out any issues with pronunciation but there was a word that Bajema used a few times that Rider pronounced… interestingly and unfortunately after the first time it would pull me out of the story for a few moments. The word was “wafting”.  Rider said it was a hard A (almost like a Boston accent).  I’m unsure if that’s a local thing for her or what, but it was something I had to call out since it did pull me out of the story for a moment every time it happened.

What would you sacrifice to save thousands of innocent lives?

A rookie private investigator must put her fledgling business at risk to stop a rogue scientist from unleashing the ultimate biological weapon - a deadly swarm of bionic bugs.

When Lara Kingsley starts up her private investigation business to install surveillance systems for wealthy clients, she never imagines having to solve any grisly murders. That is, until her best friend and fellow private investigator drops dead before her eyes.

Lara begins a harrowing search for her friend's killer and uncovers far more than she bargains for. Racing to unravel the mystery, she finds herself becoming deeply entangled in a new technological world of drones, gene editing, and the dark web - the notorious underground of the internet.

To solve the murder, she must enlist the help of the scientist himself while trying to stop him from killing thousands of innocent people.

Bionic Bug is the first audiobook in the Lara Kingsley Series, which weaves together elements of mystery, techno-thriller, and science fiction. If you like action-packed mystery novels, then you'll love this new series from longtime national security expert Natasha Bajema.