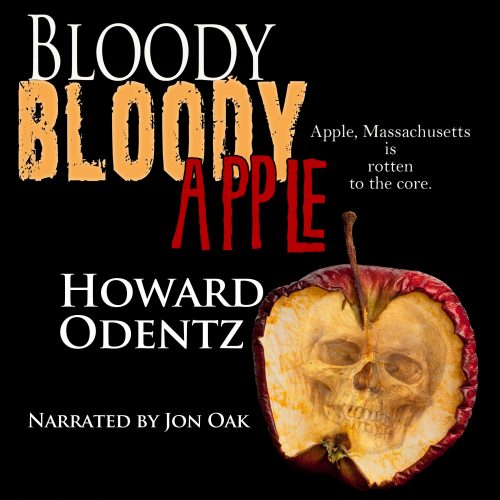 In Apple, where everyone knows your name and the small-town friends you have are for life is a great place most of the time, except in the fall. In the fall, during harvest time when death lingers through November dead bodies turn up in the most gruesome ways. But that’s ok, it’s Apple.

Jackson Gill is a teenager now and the killer is killing again; his mentally ill sister knows who the killer is and what is going to happen. Jackson has to stop the killer before someone he loves dies.

Howard Odentz, author, builds an intriguing story that relates to his listeners. We were all teenagers at one time who tended to poke around where we shouldn’t. The dialog between characters is natural and flows well. The character development is solid with just enough doubt around certain characters to make them more mysterious.

The narrator, John Oak, provides an entertaining listen where he further moves the story through his talented reading. Between Oak and Odentz, I was thoroughly enmeshed in the tale. Oak was smooth and professional in reading but let just enough creep slide in for some characters. There were no issues with the quality of the audio production. It was crisp and clear.

Apple, Massachusetts, is rotten to the core.

Every fall, when the orchards ripen and the leaves begin to die, there are murders. We know it, and we accept it. It's the price we pay for living in Apple. Families mourn, but no one is ever caught. Now, there's a body in the woods, and the cycle is starting again. People bruise easily in Apple.

Finding a murdered and mutilated girl plunges Jackson Gill into the middle of a decades-old horror. For Jackson, the newest murders become personal. His mentally ill sister knows far more about the murders than anyone restrained in a basement room should know.

When one by one, her sick, cryptic predictions prove true, Jackson will have to believe the unthinkable and stop what no one has been able to stop in 60 years.

He has no choice. He lives in bloody, bloody Apple.