Audiobook: Bricked In by Max Wannow (Narrated by the Author) 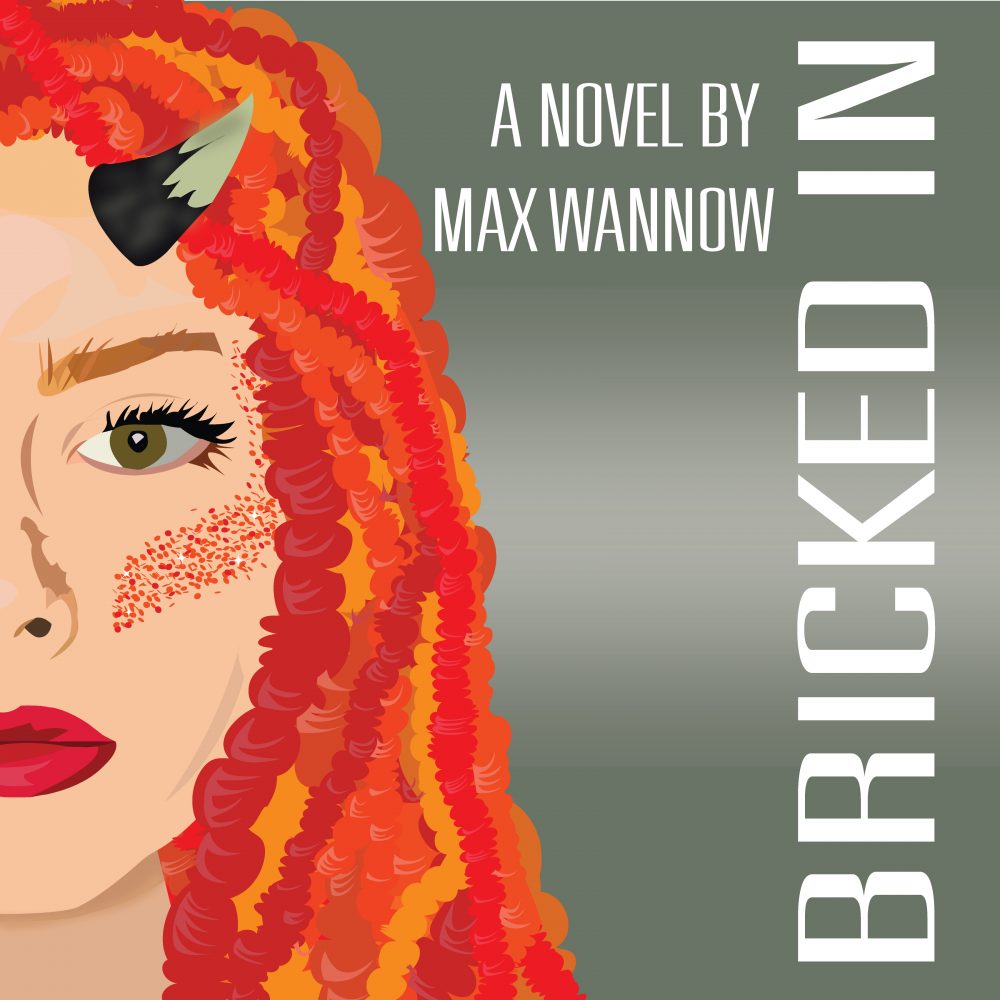 All Over The Place

This is going to be a hard book to review because there were aspects in it that I love and some that I just didn’t like (or didn’t work for me.

The premise is that a woman wins the lottery and wants to create a kingdom for her daughter (and does).  I would assume she wanted to set out to create a utopia of sorts (since most dystopian books set out to make something well and fail).  But I don’t think she wanted the perfect world – she wanted a world the way she wanted it.

We’re first introduced to her at a ceremony where a couple is forced to wear dog collars, walk on their hands and knees and end up being killed (to make room for the newlywed couple that the story follows).  Woof.  I’m all for weird and unique premises and I’ll give any book a chance when it sounds interesting – but start off like that (I won’t even mention the next scene which would bother a lot of people).

Okay, so this crazy lady, I mean gypsy’s world is kind of a no-holds-barred world where you do pretty much whatever you want – but you also work.  And on top of that, it’s falling apart. Definitely the setting of most dystopian novels I’ve read – but Wannow took it a few steps forward and introduced some other topics that could rub people the wrong way.  They didn’t completely bother me but I thought I would warn some people.

So, on to some of the things that I liked. This book is super unique – definitely, the way that I think he meant for it to be read.  It has some interesting science in it that peaked my interest, along with the interaction between the people who were born there vs those who arrived.  It had some great premises that could have been taken a few more steps and they would have really been memorable.

Instead, it felt like Wannow tried a little bit of shock and awe mixed with cherry picking some ideas from dystopian novels that he thought would be interesting.  It worked in some aspects and others it just… didn’t.

Combine that with some choppy writing (both chapter/topic switching and dialogue) and this book falls a little flat for me. I ended up looking at other reviews and everyone seemed to come to the same conclusion.  There were some parts that were interesting but it falls a bit short.  I think a good editor would help smooth out some of the rough patches and help a little with the dialogue.

I did enjoy his narration – I’m not always a fan of self-narrated books because most authors are not narrators too.  But, I thought that Wannow did a good job with Bricked In.  His female voices weren’t overly annoying (a lot of times guys try too hard) and his male voices were different enough to make it understandable who was speaking.

Bricked In is a disgusting glimmer of self-recognition.

For many, happiness is found in freedom. After winning the lottery, a former gypsy becomes the queen of a dystopia. Newlyweds Bethany and Neil join this isolated society, which is devoid of common American laws. With no holds barred, experimental science takes place.

Neoba is a brick building with a population of 10,000. Within the walls is chaos and weirdness. Social norms is a foreign concept in Neoba, as freedom is held at the highest regard. This includes freedom of choice, freedom of expression, and freedom of science. The only laws at Neoba are to respect royalty, the leaders of this wild, cult-like society.

The story follows the lives of Neoba's royalty, a newlywed couple new to the society, and the scientists within Neoba who are free to create without the limitations of morality.

Audiobook: Dystopia: The Beginning of th