The Cabin by John Koloen (Narrated by Steve Marvel) 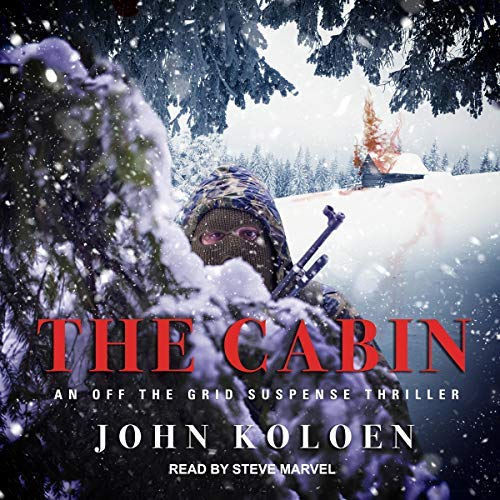 An Off The Grid Thriller I Didn’t Know I Needed

The cover and the opening lines of the synopsis may make you think that this is a prepper book or a post-apocalyptic novel – but it is not.  It’s really what the author suggests, an off the grid suspense thriller.

The Cabin was one of those books I remembered seeing and I believe picking up for free or for 99 cents for Kindle. I grabbed it hoping someday I would read it. When I saw that Tantor was releasing it on audio I had to jump at the chance.  I’m glad I did.  It wasn’t an amazing story or one that’ll knock you off your feet but it was a thriller that kept me on the edge of mine for a while.

The Cabin is one of those stories that feels like it’s been told before (over and over) but when you get into it, it really hasn’t been.  Koloen was able to tell this in a way that felt new and different.  It tells the story of an off-the-grid kind of guy who happens upon a cult of sorts (and also stumbles into the line of fire so-to-say).

It wasn’t a long story or super detailed but Koloen makes up for that with fast-paced non-stop action in spades.  We don’t mess around with tons of detail about our main character or about any of the bad guys.  Just enough to keep you reading on to figure out where the story takes you.

A story that I’m glad I read and one that I enjoyed.  The Cabin was an off-the-grid thriller I didn’t know I needed.

The original cover really caught my attention – so I fiddled around with it trying to make a newer version for the audiobook. It’s not perfect, but I think it looks pretty damn cool. 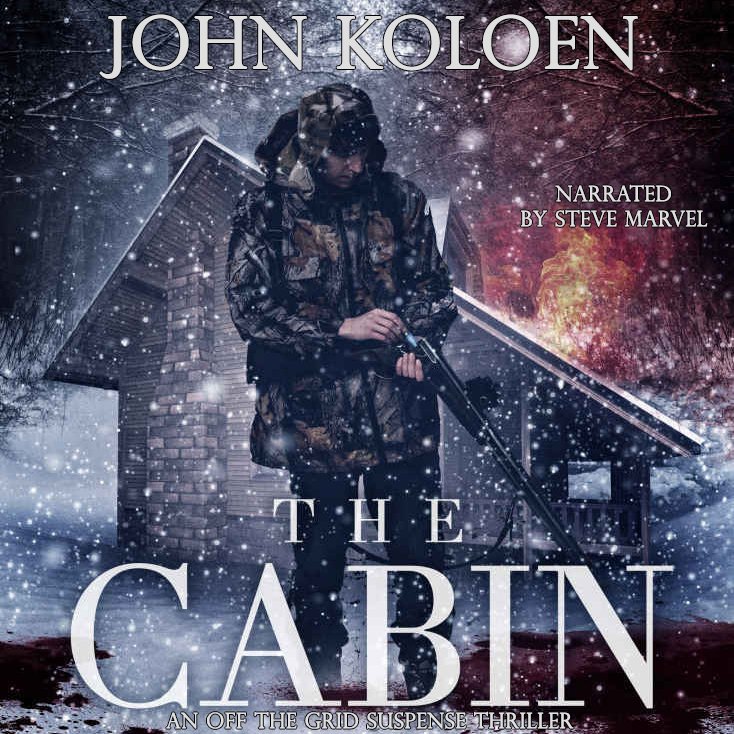 Jacob Alexander has spent more than a decade perfecting his off-the-grid lifestyle in remote northwestern Wisconsin. But nothing prepares him for the Sovereign Resistance, a white nationalist paramilitary group. The Resistance's activities include kidnapping, torture, and murder. And Jacob's about to battle them face to face to rescue their victims. Jacob knows the terrain. The Resistance doesn't. But he's outgunned and outmanned. And his deer rifle might not be enough to make it out of this standoff alive.