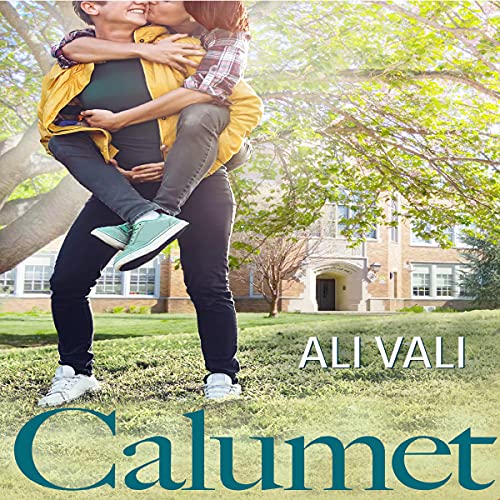 Different In A Good Way

I don’t want to take away from the book but I spent nearly the entire time trying to guess why it was named Calumet. Granted, I did this without looking the word up – knowing (or hoping) that Vali would reveal it at some point. Thankfully, near the end, it was revealed and it started to make sense to me. The suspense around that alone was worth the price of admission for this one.

Now, the actual reveal in this book was different than I expected. And because of that, I wasn’t even sure how to feel about it. I spent the entire time trying to figure out if things were going to go one way or another (I won’t tell you to spoil it). But after a while – I started to realize it was probably going to end up one of the two ways I expected and not the way I’m used to reading about. And I was excited about that. Now, that left me with an issue of sub-genre-ing it but I realize now that it doesn’t really matter. It doesn’t have to fit into one of the tropes that I’m used to.

Lula Larkin does a great job with this one. I’ve never listened to anything narrated or performed by her before Calumet – but that will change now. She was able to perform as both Jaxon and Iris without having them be confused on my end. She also really added to the story with her heartfelt performance.

Overall, Calumet is unlike any other book I’ve read in this genre and that’s not a bad thing. I still left the book with a big smile on my face and a good feeling in my heart and could I ask for more out of a book? Not really.

Jaxon Lavigne left the small town of Chackbay, Louisiana, to escape disapproving parents and has never looked back. She’s now a popular English lit professor. Life is good. Really. The only problem is the invite in her mailbox. Who in their right mind has a fifteen-year high school reunion?

Iris Long’s days are predictable. She did the safe thing and married the high school quarterback. While her life isn’t a grand love affair, it’s comfortable, and as the secretary at the local high school, she can see her daughter and son throughout the day. Her family is great, but Iris longs for the one person she can’t have.

Jaxon comes back to town amid gossip that started sixteen years earlier and never really died down. After crushing on Iris in high school, seeing her again is a welcome surprise. But it’s Iris’s daughter, Sean, whose dark hair, blue eyes, and brilliant mind are startlingly like Jaxon’s own who exposes scars from small town secrets.

Jaxon has been kept in the dark by those she loves most, including Iris. But when the truth is finally revealed, will she leave for good?

One thought on “Calumet by Ali Vali (Narrated by Lula Larkin)”