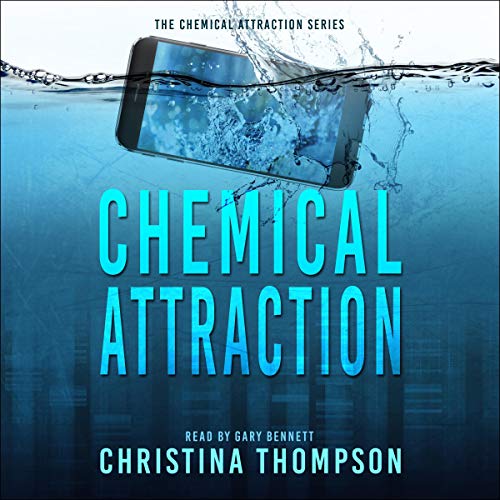 A Thriller With Romantic Aspects

This was an interesting book.  A book that is actually right up my alley.  It tells a story about a bio-weapon that no one realizes is already out in the wild.  Parts of the book reminded me a lot of Mass Hysteria by Michael Patrick Hicks and at other times it reminded me of a teenage love story.

Chemical Attraction is sort of a lost book – some of the times it’s a romance book and others it’s a thriller.  It was sort of in this no man’s land in between the two. If I were to categorize it, I’d say it was a thriller with romantic elements in it (but they seemed to pop up like an 8th grader in gym class).  Some of the writing reminded me of some of the tweets that I see in “men writing women” tweets online – some of the romantic scenes felt (pretty much anything I write here will be insulting, and I apologize for that) early-pubescent. I understand that one of the characters has only been with one guy – but the guy is supposed to be a player and just acted like he learned about sex a couple of weeks ago. It was frustrating at times, but thankfully the book had a whole other plot going on other than the two protagonists confessing their attraction for each other.

Thankfully, the plot itself was really interesting and at the half way point the book changes pace completely and goes from a slow and methodical approach to a full out sprint.  It was needed and really made the last half of the book fly by.  The story jumped around a lot between characters and showed different things from different points of view keeping it interesting.

The jumping around could have left me feeling confused, but the narration by Gary Bennett does a solid job grounding the listener and allowing them to figure out who is speaking (without it being over-acted). His narration really helped bring this book from being okay to being good.

I had the books finale pretty much figured out at the halfway point as well, but Thompson changed a few things along the way to make me doubt myself. I usually try and guess the endings and it doesn’t bug me when I’m right – it just means that the entire set up of the book was there to not trick me (like it does in other books).

Working in nanotechnology, Madeline Pierce, a dedicated scientist, has pain in her heart from an abusive relationship. She hides in her research. Charismatic yet brooding, Joe Roberts searches for an instant chemistry with his soulmate, the one person who will love him for his faults not in spite of them.

Dr. Pierce teams up with Agent Roberts to uncover a criminal network within her medical research facility in West Michigan. Feeling an undeniable attraction, they struggle to stay professional while they determine the degree of company involvement.

In the nearby farming town, animals violently attack the residents. Someone is experimenting outside the laboratory. Are human test subjects next? With the help of Joe’s sister Eva, a physician assistant at the local hospital, and her husband Chief Matt Connor, Joe and Madeline hunt for this new bio-weapon before the death toll rises in this gripping third book of The Chemical Attraction Series.