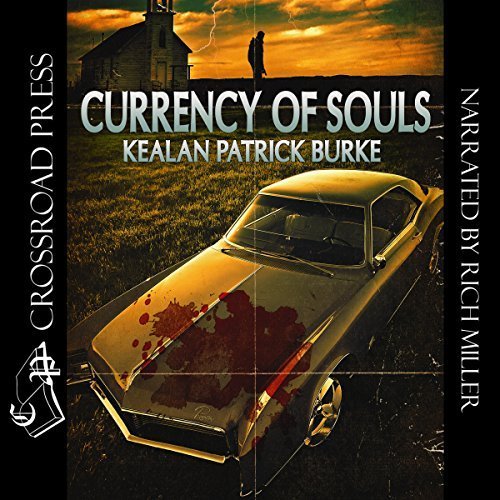 An Absolutely Bizarre Book (That I Liked)

First and foremost – this is my first Kealan Patrick Burke book.  I want to start by saying it won’t be my last.  It was an absolutely bizarre book but I enjoyed every second of it.  Every time I thought I could figure out what was going on I was way off.  And every time I guessed the ending – same thing – I wasn’t even close.  Burke was able to write a book that confused and enthralled me throughout.

The premise, if I can get that right – is there are a group of people who live in Milestone. They all go to the same watering hole and all do basically the same thing every week. At eleven, the reverend will come in and one of the patrons will be told to drive. They’ll also be given a name or names of someone. Tonight will be different for the first time in three years.

There was a lot going on here under that surface – family issues, self-doubt, anger related to death, death, and more death.  Along with the craziness that was actually going on in this town (Dean Martin’s ghost visits, there are crazy deer attacking a house, and a dead wife who will come out when a specific song is played).

I wasn’t sure when someone was going to wake up and realize it was all a dream – but that didn’t happen.  I thought all of this was going to be some crazy drunken misremembering.  It wasn’t. It was an absolutely crazy story where every word, sentence, and paragraph were necessary to move the plot forward.

Welcome to Eddie's Tavern, the only functioning waterhole in a near-dead town. Among the people you'll meet tonight are: Tom, Milestone's haunted lawman, who walks in the shadow of death; Gracie, the barmaid, a wannabe actress, doomed to spend her hours tending bar in a purgatory of her father's making; Flo, the town seductress, who may or may not have murdered her husband; Cobb, a nudist awaiting an apology from the commune who cast him out; Wintry, the mute giant, whose story is told only in cryptic messages scribbled beneath newspaper headlines; Kyle, the kid who keeps a loaded gun beneath the table; and Cadaver, who looks like a corpse but smells real nice and occupies his time counting stacks of pennies.

And then there's Reverend Hill, who will be in at eleven, regular as clockwork, to tell them who's going to die and who's going to drive. Welcome to Eddie's, where tonight, for the first time in three years, nothing will go according to plan.

Also by this author: Sour Candy