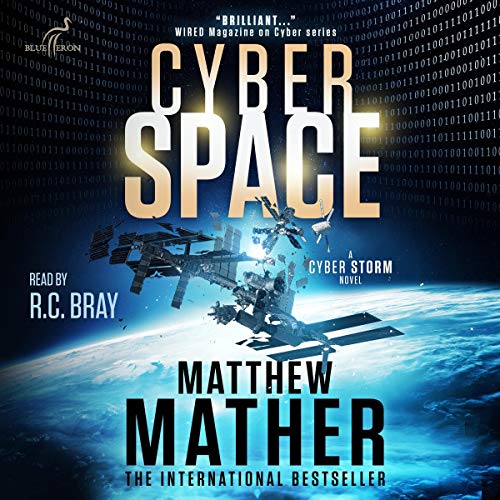 Scarier With Everything That’s Currently Going On

I was scrolling through Audible’s new releases and all of a sudden I saw the cover for CyberSpace – I was instantly sold. Then I saw who was narrating it and I was the Fry from Futurama meme “Take my money”. I realized as I started it that it was a continuation of another story I have from Mather (that, for some reason I never read). But there is enough back story and flashback scenes that you don’t need to read that to understand this one.

CyberSpace was an interesting story to read when the world is on the brink – there are some things that are talked about in this that feel like they were just plucked out of the headlines and put into the book (but from the future). Mather is great at doing that and has been adding realistic elements to his novels for years.

The main characters of this story already had backstories but Mather did a good job describing who they were and why they reacted the way that they did to certain things. Each person had their own issues and their own things that didn’t sit right in the pits of their stomachs and Mather did a great job showing us why.

The overall story arc was really enjoyable and had a good ending but also a good leap-off point for the next book. It cleans everything up that this specific book covered but leaves the door open for more craziness.

Overall, CyberSpace was a really enjoyable book with great narration by R.C. Bray. I flew through this and it made me want to go back and read the other books that were related to this one. Also of note, there were a couple plot points in this one that reminded me of another Mather book that I finished recently, Polar Vortex. There were some parts related to flying over a certain area… thankfully in this book the outcome was slightly different. But at one point I was convinced that Mather was just weaving all of his stories into one universe. 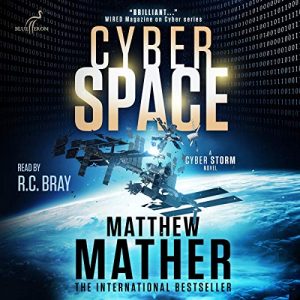 China and Russia threaten America not to intervene as simmering tensions between India and Pakistan escalate. One after the other, missiles are launched that destroy satellites in orbit….

After long years apart, Mike Mitchell is reunited with old friends on a fishing trip in New Orleans. He brings his son Luke, now eight years old, while his wife Lauren attends a business meeting in Hong Kong.

Thousands of planes are stranded in the air as Mike discovers that his wife Lauren took an overnight flight from China to Washington that morning. With satellites falling from the sky and rolling blackouts sweeping the nation, Mike must fight his way across the country in a desperate race to save his family.

But this is only the beginning as the shocking truth comes out, in a new generation of warfare that will forever change the world….