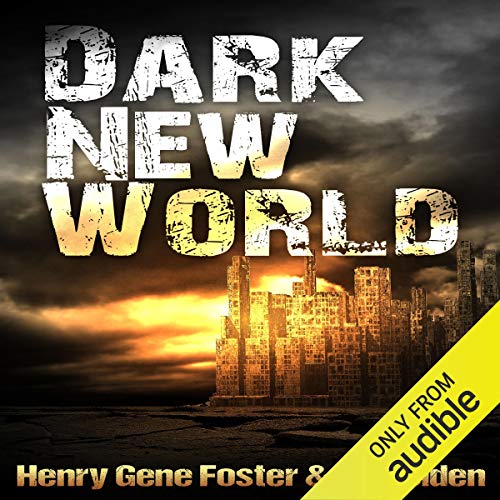 After An EMP, It Really Is A Dark New World

An EMP has gone off and now power is out everywhere around them.  Follow numerous people as they try to survive in this ever changing dark new world.

The narration was done by Kevin Pierce.  This is the second prepper series that I’ve listened to that Pierce has narrated and I will reiterate that he has the perfect “prepper” type voice.  Granted one of the main characters in Dark New World is a female, his voice still captures the prepper mentality really well and adds a lot to this novel.

There were definitely some scenes in this story that were incredibly realistic, I just feel that the timelines were a little shorter than one would expect.  But, I’m an optimist.  In Dark New World, things seem to fall apart much faster than I would expect. (Things started to go south within a day, I would probably expect 2-3 days before the “real” humanity would come out to play).

Not much is said about the enemy that these people are running away from and being engaged by, and I think that it’s left that way so that the reader can imagine any number of enemies that they want to.  The EMP attack that starts this book off was really well explained and I think that some of the peoples reactions to it were also really spot on.

Part prepper and past post-apocalyptic (they kind of go hand-in-hand), Dark New World was an interesting read full of strong characters and what would happen to good and trusting people once society beings breaking down.

Society crumbles after an EMP attack, and the terrifying nightmare has only just begun….

Three people from different walks of life each experience the end of America. Cassy is a 33-year-old prepper and single mother, away on business. Ethan is a hacker and conspiracy nut living underground. Frank is a family man out camping with friends and family. When a devastating EMP attack in the middle of the night destroys America’s infrastructure, they are propelled on an unforgettable journey across an ocean of chaos to reach safety…Safety from an unknown invader and from once-fellow Americans now hungry and desperate. Dark New World is a prepper story of survival and the fight to retain humanity in the face of an apocalyptic event.