Dark Pattern (Naturalist #4) by Andrew Mayne (Narrated by Will Damron) 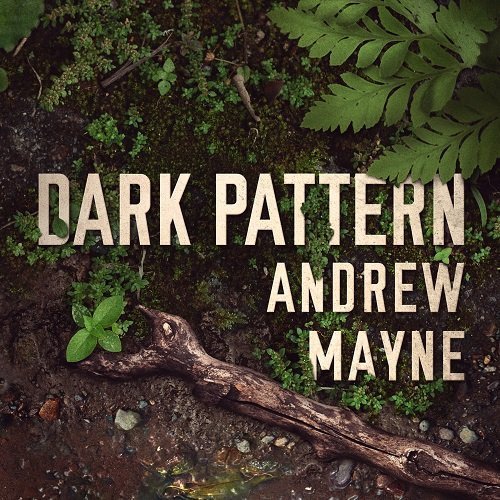 The Best Book In The Series

Amateur serial killer hunter Dr. Theo Cray is back at it again in Dark Pattern.  Like always he’s out there trying to save the lives of innocent people. But how far will Dr. Cray go to find the next killer before they kill again?

Dark Patter was phenomenal.  I liked the others books in this series (The Naturalist, Looking Glass, and Murder Theory) but this one quickly became my favorite. Since we’re four books in to a series where Dr. Cray hunts down serial killers using math and statistical theories – we know much more about him now. I thought that he was pretty well described and that I knew almost everything there was to know about his personality.  But the end of Dark Patter was something I did not see coming.

I like to talk about books and I usually do with multiple people after I finish one that I love, but this one I’ve been telling everyone about.  The ideas that Mayne brings forth in Dark Pattern make it that much scarier.  It’s something that felt incredibly real and that I’ll be thinking about the next time I step into the stomping grounds of the killer in this story.

I’ve realized while writing this review – that it’s nearly impossible to write anything about the book since Mayne does a great job telling you what you’re getting into without giving away any plot points.  I want to write more since I want to express just how much I loved this book, but I can’t without spoiling it.

Overall, probably the best book in the series.  Dark Pattern was a blast from beginning to end. Mayne might be one of the best fiction serial killer hunter authors today.

Dr. Theo Cray is on the hunt for a killer nurse, and redemption, in a mind-bending psychological thriller by the Wall Street Journal bestselling author of The Naturalist.

Dr. Theo Cray has a legendary mathematical knack for catching serial killers. Until his exposure to a mind-altering pathogen knocks him off his game. It has upended an investigation, destroyed his reputation, and left him to question his own sanity. One person still trusts him to finish the job. His former professor Amanda Paulson is helping point Cray down a logical path to his prey: a nomadic health-care worker whose murder spree stretches back decades and whose victims number in the hundreds.

Never more desperate to save innocent lives, and to save himself, Cray follows each new lead around the world. But with his own grip on reality slipping away, Cray knows that to follow the pattern of an elusive killer, he must also confront his own dark side. In those dangerous shadows, he can find what he’s hunting. For Cray, venturing into a world without reason is going to be the most frightening journey of his life.