Just When You Think It’s Safe to Leave the House…

This marks twice in less than two weeks that I have read one book in the series one day, and then finished the second book in quick succession.  I just recently did that with the Android X series.

Pick up exactly where First Activation leaves off.  The two brothers are forced to escape from Michigan and go back to New York City.  Getting there will be no easy fate for them facing off activated people and Genesis Alliance members who are hunting them down.

Thankfully James Langton did the narration for the second audiobook.  I really enjoyed his performance of First Activation and was happy to have him back for the Second Activation.  The quality of everything was great, his voice, the character voices he gave and the overall performance.  Everything was studio quality with no problems to speak of at all.  I’ve only listened to a few audiobooks that Brilliance Audio has published but I have come to expect top quality from them.

The book jumps right back into the action, taking the final line from the first book and making it the first line of this book.  Honestly, it never let up through the whole book.  As I was listening to this, my heart rate would increase as the brothers would be thrown into terrible situation after terrible situation that I was convinced they wouldn’t make it out of.

That to me is a sign of a well-written book.  It grabbed my attention from the get-go and wouldn’t let it go.  And any time it felt like it was letting go it grabbed me tighter and threw the characters into the fire again.

I’m not sure if the Wearmouth brothers are going to be continuing the story after these two books, but they can.  The story has an ending but could be continued for sure.  I was happy with where they left it, but now I’m craving more and more! 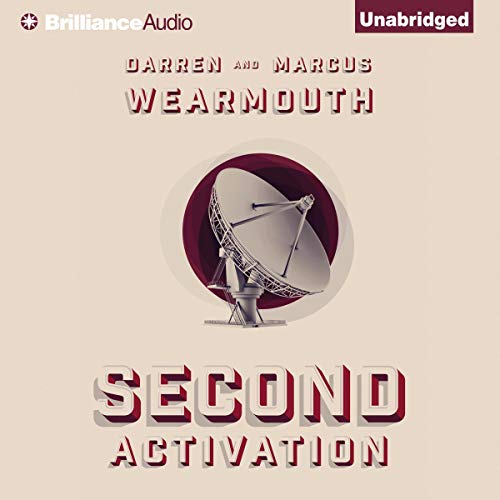 It began in First Activation, when military veterans Harry and Jack arrived at a silent JFK airport and a New York City full of madmen driven to kill one another.

In Second Activation, the two brothers escape from Monroe, Michigan, and head for New York to face down Genesis Alliance, a despotic organization that is implementing the chaos to create a new order. Caught in a race against time, confronted with a local team intent on revenge and expecting the imminent arrival of a larger reinforcement, Harry and Jack must avoid existing dangers, gain allies, and stop the Alliance from launching its next Activation.

With the fate of the remaining population at stake, Harry and Jack know that stopping the Activation means going to war once again….

Second Activation is the sequel in the high-octane and thrilling post-apocalyptic Activation series.

Bud by the Grace of God by S.E. Sasaki (