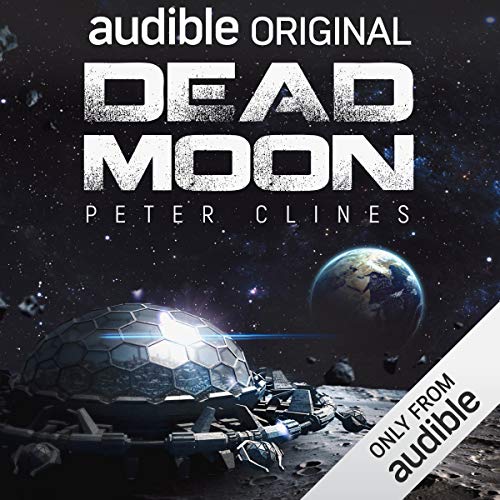 When it comes to stories about zombies, I lately have taken a typical approach to them. Firstly, I look to see if it is a new take on the genre because, to be honest, there’s a whole lotta stories covering this out there and it can get a bit tedious. Then, I check out the author to see if I’ve read their work before and if I’ve liked it. Lastly, I go ahead and read it anyway because who am I kidding? It’s a horror story about zombies.

Dead Moon is a story of the near future where mankind has grown so populous that there isn’t anywhere to bury our dead on Earth, so naturally we look to the Moon. A corporation has acquired the rights to bury millions upon millions of people on the moon with the help of staff, Caretakers. These Caretakers take clients, the term for the deceased, and bury them in the lunar soil, often with an ordained member of the team to speak a few words. This has been going on for a number of years without any incidents or upheaval. And I think you can see where this is going…

One fine lunar day, an asteroid lands hard among some burial plots near one of the stations in charge of certain part of the surface. Their communication goes dark. One by one, more stations go dark until the station where Cali Washington has just been assigned gets some very unexpected visitors. The clients are out of their graves and walking around in the vacuum of lunar atmosphere. The strange thing is they don’t want to eat the people they meet, nor do they want to spread some disease. They simply want to kill any living thing they come across and their talents to do that are extraordinary.

Chaos naturally ensues and Cali’s team races to Lunar City to find help and rescue, with several not making the escape. The clients follow, but so does something else. Something ancient. Whatever had landed in the first place had come with them and was really starting to wake up.

Peter does an excellent job in all of his books of bringing you the person behind the event. These aren’t people who only have characterizations due to the turmoil around them, but instead are fully-formed individuals that we relate and connect to, even if they don’t stick around long. It creates a sense of shared concern and tension, along with a feeling of loss when a character you enjoyed is no longer around. Dead Moon is as much a character driven story as it is one with zombies, something ancient, and the dangers of lunar life.

Narrated by Ray Porter, who is in my humble estimation, one of the best narrators in the business. He brings the terror, horror, and humanity together in such a way that you don’t often remember it is just one person speaking. He is the tie that binds the characters together and we are the better for it.

Audible number-one best seller Peter Clines returns with a thrilling tale of the creature above – and the deadly threat below.

The largest graveyard in the solar system, it was the perfect solution to the overcrowding and environmental problems that had plagued mankind for centuries. And the perfect place for Cali Washington to run away from her past.

But when a mysterious meteor crashes into one of the Moon’s cemeteries, Cali and her fellow Caretakers find themselves surrounded by a terrifying enemy force that outnumbers them more than a thousand to one. An enemy not hindered by the lack of air or warmth or sustenance.

An enemy that is already dead.

Now Cali and her compatriots must fight to survive. Because if they don’t, everyone on the Moon may be joining the dead.

And maybe everyone on Earth, too…. 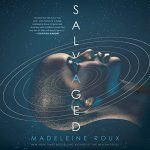 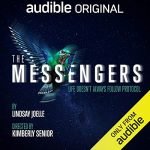 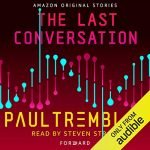 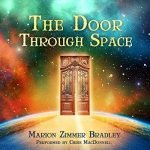 The Door Through Space by Marion Zimmer 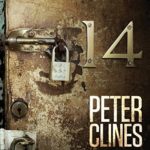