Audiobook: The Dead Have Secrets by Owen Parr (Narrated by Stefan Rudnicki) 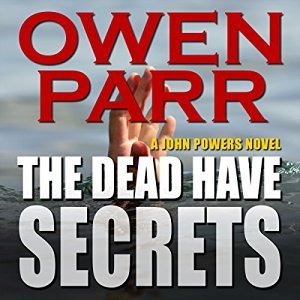 Action-Packed from start to finish

A seemingly routine session to cure his niece’s aquaphobia turns up an operation that was so dark no one but the operatives knew about it.  This sets into motion the people who called for it and the people who were involved in it to either hide what happened or blow the whole thing open with unknown consequences.

The narration of The Dead Have Secrets was done by Stefan Rudnicki, who does a stand-up job.  His deep manly voice helps set the John Powers character.  And his ability to change his voice helps set the others that were featured in this book.   I enjoyed the narration of this book quite a bit and will be looking for other books narrated by Rudnicki.  I particularly liked his rendition of the asthmatic character who always seemed to be out of breath.

When I first looked at this book I wasn’t sure if it was a zombie book (based on the audiobook cover I just saw a hand reaching out), but it is not at all.  It’s a great story about a deadly operative who’s old mission is coming back to haunt the people who originally called for it.  I thought that the premise of the story along with all of the characters was really interesting and different.

There were parts of Dead Have Secrets that reminded me of the Bourne books and movies because of the way that Powers is able to take control of a situation.  Also the “he’s incredibly dangerous” and he keeps eluding our best teams really reminded me of the was Jason Bourne was.  There is nothing wrong with that.  He was one of my favorite all-time characters and if a new author can write a book that feels like that with a totally different premise is a winner in my book.

The story inside of The Dead Have Secrets was well written.  Each twist and turn were a surprise and every time I thought I had things figured out, I was surprised.  John Powers is a great leading character too.  Powerful and caring, a nice combination of both makes him one of those leading protagonists that you feel good reading about.

Overall, I loved The Dead Have Secrets.  I will now be on the lookout for the other John Powers novels and other books by Owen Parr.  His combination of action and realism really made this story enjoyable.

I was given a copy of this novel by the author which has not affected my review in any way.

Usually, former Delta Force soldier John Powers is delighted to hear from Casey McBride, the widow of John's brother-in-arms Braden and mother of John's five-year-old godson Ian. But Casey is calling because she has just killed two of three intruders to her Boulder, Colorado home. And when John hears that Ian, under hypnosis to find a cure for his acute aquaphobia, has claimed to be the reincarnation of an assassinated US senator, he tells Casey to get out of the house, now. Within minutes, John tells his Team Alpha mate, Melissa Harrington, that they are leaving Prague to return to the US to put the assets of the security company they work for, Sect-Intel, to work protecting his godson. What he doesn't tell his co-worker is that the boy is possibly the reincarnation of a man that he, John Powers, assassinated.

Six years previously, John had been a member of an elite Department of Defense team under its then secretary, Charles Perthweiler, and had been told that Senator Clarence Brown was a traitor giving security intelligence to the Iranian government. He undertook the orders to terminate the senator believing that the order came directly from the president himself. Now, in Washington, D.C., Perthweiler meets with his former under-secretary and current director of the Defense Intelligence Agency, Edward Raymore, to frantically ask how a five-year-old boy's claims of a past life can be unraveling the conspiracy that both men have been part of carefully maintaining. Now that Iranian hitmen have failed to eliminate this threat to their part of an international conspiracy, the two men agree to take the necessary steps to tie up any loose ends. Owen has written unique novels. Utilizing his experiences of over a quarter of a century working for Wall Street firms, he has crafted two intriguing books, fusing fiction with facts. Born in Havana, Cuba and later growing up in Miami. He enjoys reading fiction to transport himself to another world. And in his writing, he does that for his readers in a very successful way. His readers are fully wrapped in the plots and with his amazing characters.

Published author of articles in trade magazines. Hobby painter of acrylics on canvasses and middle of the road golfer, Owen spends his day still employed in the financial advice industry.

Newly married at the age of nineteen he pursued a career in electrical engineering until boredom set in. From there he went to own and operate his own multi-branch real estate firm and licensing school until the years of 21% prime interest rates circa 1980’s.

Since 1986 he has been employed in the financial advice industry. During this time he has written articles for the local paper, political ramblings for his blog and screenplays that he is now converting into fictional novels. 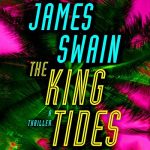 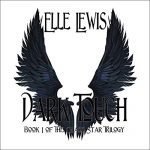 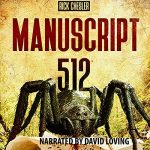 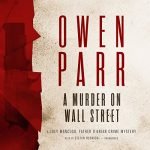 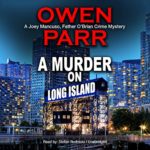