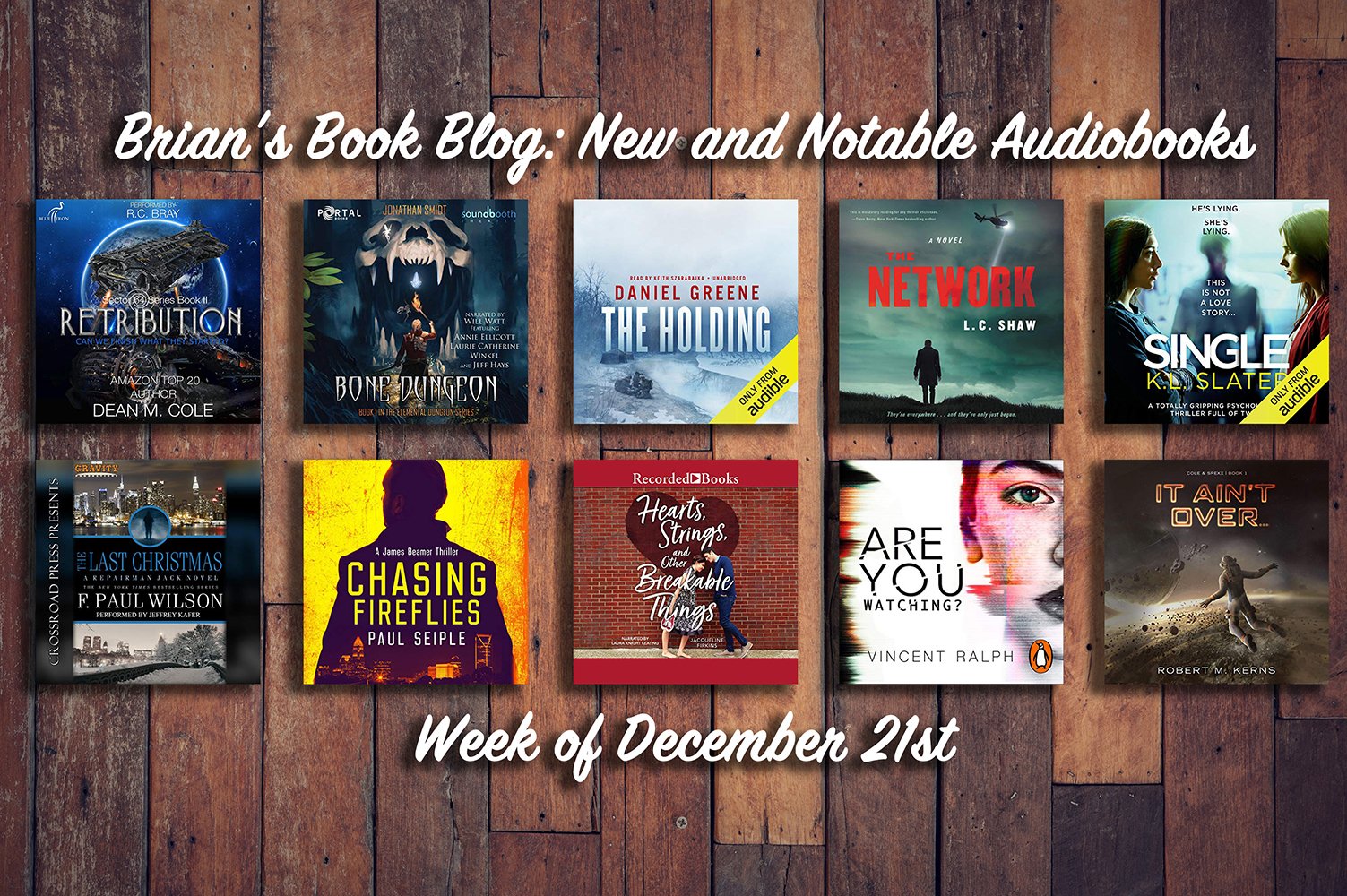 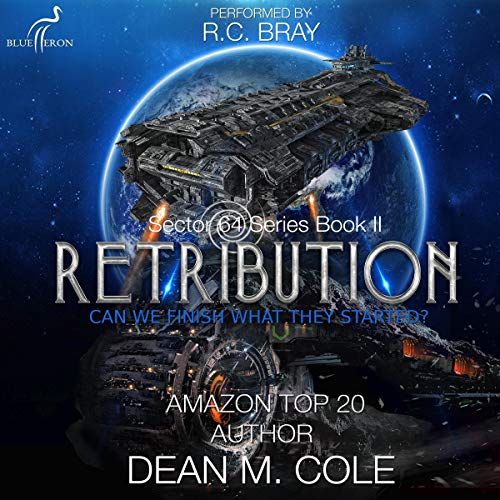 Can today’s militaries board and control the emptied alien armada that hangs over our heads?

After the massive battle to save today’s Earth went horribly wrong, leaving a huge fleet of ghost ships hanging over the planet, humanity is left to fight for itself. Can we use our genetic link to the fleet’s fallen commanders to rein in the ships before they start crashing down onto an already battered world? And when dark galactic forces once again amass in our skies, can humanity make a stand?

But that was yesterday.

Independence Day meets The X-Files when Air Force fighter pilots Jake Giard and Sandra Fitzpatrick join a decades-old secret project to integrate today’s Earth into a galactic government. But when a galactic civil war spills onto our shores, plunging the planet into an otherworldly post-apocalyptic hell, can Jake and Sandy save humanity from extinction?

Following the apocalyptic events of Ambush, Jake must board and somehow control the advanced alien fleet of huge ships before they start falling into the Atlantic.

Yesterday, Captain Sandra Fitzpatrick learned she’s pregnant. Then, she helped save the world. Now, she must keep her condition a secret (even from Jake, the father to be). The remnants of humanity need Sandy and her cobbled together band of warriors to somehow master the alien technology.

If Jake and Sandy prevail, and if Earth’s ravaged militaries can unite, can they adapt now outdated tactics to the limitless battlefield of space? 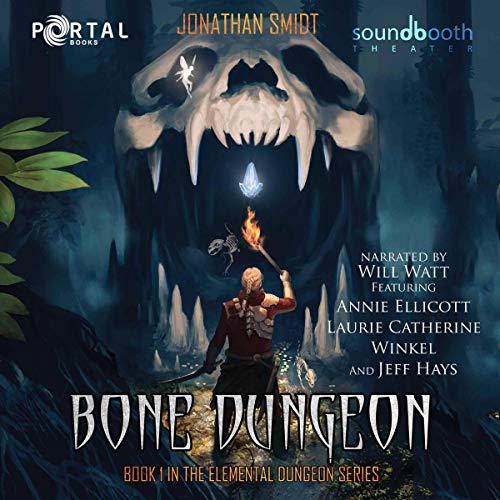 Ryan doesn’t remember much about his life before becoming dungeon core. Only that he had a bit of a disagreement with the church – something to do with a beheading?

Now reborn, Ryan begins to arm his darkness dungeon with devious traps, bestial zombies, and ill-named skeletal creations, without doing anything too evil. Well, mostly. Some adventurers just deserve a stalactite to the head.

But Ryan quickly learns being a darkness dungeon isn’t all loot and bone puns. With a necromancer on the rise and the Adventurer’s Guild watching his every move, he must prove that not all darkness dungeons are malevolent…even if they do have a few skeletons in their caverns.

Sadly, all of these issues keep distracting him from his own guilty pleasure, skeletal fight club. But don’t tell his fairy about that.

The seeds of mutiny are growing….

The northernmost outpost of the eastern flank has gone dark. Captain Steele and the commanders of Operation Homefront shift forces north to find out what happened to the Marines stationed there.

But, all is not right at Camp Forge.

An outbreak of debilitating illness ravages through the base, forcing Gwen on a journey through Iowa to find medicine to treat the sick, including her niece.

Meanwhile, the tension is building between the various factions holding the line against the dead.

The dead are gathering across the Mississippi River, waiting for their chance to overrun the thin, divided front and finish off the battered remains of America.

Can Steele and Gwen survive the coming storm? Or is their fate falling with the winter snow? The Last Christmas is that story.

It’s late December between Ground Zero and Fatal Error, a winter of discontent for Jack who’s perhaps spending too much time hanging at Julio’s. An old contact, Edward Burkes, convinces him to take on a missing-person fix. As usual, nothing is as it seems, and the missing person isn’t exactly a person. In fact, it’s like nothing anyone has ever seen.

And in the middle of all this, the mysterious Madame de Medici hires him to safeguard a valuable object. Simple, right?

Yep, Jack is back and, as usual, weird trouble is on his heels.

A pulse-pounding thriller involving corruption, secrets, and lies at the very deepest levels of government and media.

“A twisty, nonstop conspiracy thriller that only has one gear: high! The Network delivers.” (Andrew Gross, number one New York Times best-selling author)

A shadowy group is manipulating society – and they’ve only just begun.

Late one night, investigative journalist Jack Logan receives a surprise visit from US Senator Malcolm Phillips at his New York apartment. Disheveled and in a panic, the senator swears that he’s about to be murdered and pleads with Jack to protect his wife, Taylor, who happens to be the only woman Jack has ever truly loved.

Days later, Phillips is found dead in a hotel room in Micronesia, the apparent victim of an allergy attack. While the nation mourns, Jack and Taylor race to find the one man who knows the truth. As they’re pursued by unknown assailants, their desperate hunt leads them to the Institute, an immense facility shrouded in mystery that has indoctrinated a generation of America’s political and media power players. Led by the enigmatic Damon Crosse, the Institute has its tentacles everywhere – but Taylor unknowingly holds the secret to the one thing that Crosse needs to carry out his plan.

Taking listeners on a thrill ride from the back halls of Congress to the high-rise offices of Madison Avenue and a remote Greek island, The Network is a provocative, pulse-pounding novel that dares to ask the question: Who’s really in charge? 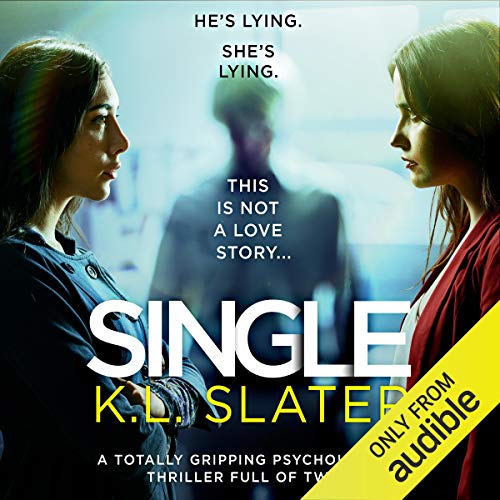 ‘I keep feeling like I’m being watched – dropping the boys off at school, choosing wine at the supermarket – but when I turn around there’s nobody there….’

When single mother Darcy’s son falls from a rope bridge at a local playground, life stands still. She clutches his small, limp body, frozen, until a pair of strong hands push her aside, and she watches as George, a local doctor, saves her son’s life.

George, with his twinkling hazel eyes, easy charm and lack of wedding band is almost too good to be true, but coffee becomes lunch, lunch becomes dinner, and soon they can’t go an evening without seeing each other. When he invites her to move into his beautiful home with its sprawling garden for her boys, Darcy doesn’t hesitate.

But as Darcy is settling in, she receives a bunch of flowers with a chilling message.

George says they’re from an obsessed ex-girlfriend, Opal, and days later Opal turns up at Darcy’s son’s football match. She claims to have shocking information that could threaten George’s custody of his daughter.

Darcy doesn’t know whom to trust, but she’s starting to suspect that, whatever the truth, she might have put her beloved boys into terrible danger….

From the million-copy-best-selling author K.L. Slater, this utterly gripping psychological thriller will make you gasp out loud as you race towards the unforgettable twist. If you loved The Girl on the Train and The Wife Between Us this book is for you. 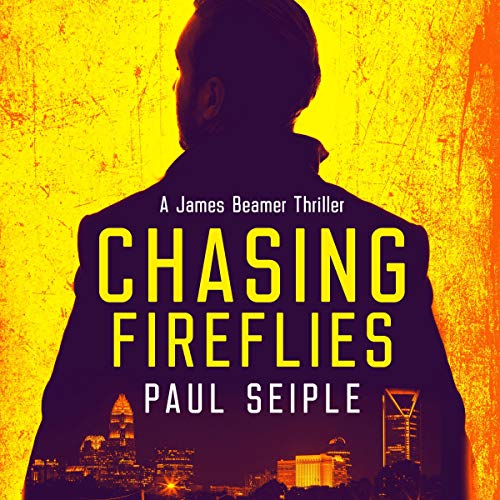 Homicide detective Michael Callahan has learned to desensitize the death he sees every day, but it’s about to get personal.

A serial killer, who calls himself Murmur, is hunting the streets for “fireflies to send home before God cleanses the world.” Michael knows the victims all too well…he’s seen them die in his dreams from the killer’s eyes.

When Murmur begins to taunt Michael, he questions how close he really is to the case. Could he be Murmur?

Grab this suspenseful thriller and find out today.

Chasing Fireflies is the first book in the James Beamer Thriller series. 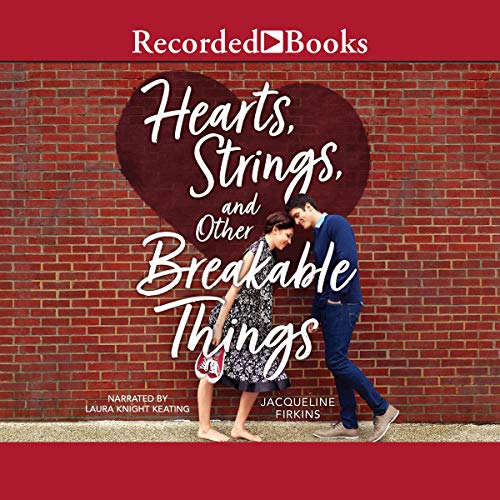 In this charming debut about first love and second chances, a young girl gets caught between the boy next door and a playboy. Perfect for fans of To All the Boys I’ve Loved Before.

Mansfield, Massachusetts, is the last place 17-year-old Edie Price wants to spend her final summer before college. It’s the home of wealthy suburban mothers and prima donnas like Edie’s cousins, who are determined to distract her from her mother’s death with cute boys and Cinderella-style makeovers. She’s got her own plans, and they don’t include any prince charming.

But as she dives into schoolwork and getting a scholarship for college, Edie finds herself drawn to two Mansfield boys strumming for her attention: First, there’s Sebastian, Edie’s childhood friend and first love, who’s sweet and smart and…already has a girlfriend. Then, there’s Henry, the local bad boy and all-around player who’s totally off limits – even if his kisses are chemically addictive.

Both boys are trouble. Edie can’t help herself from being caught between them. Now, she just has to make sure it isn’t her heart that breaks in the process. 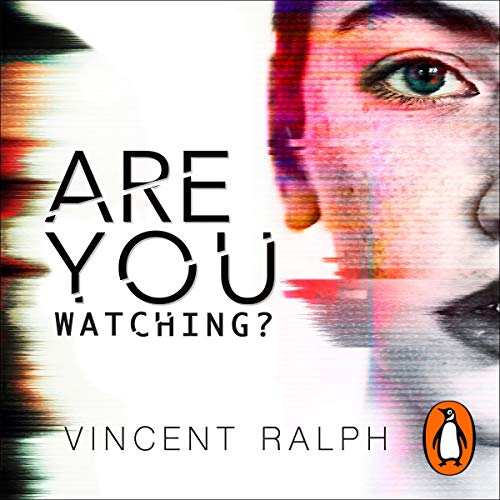 Are You Watching? by Vincent Ralph
Narrated by Rosie Day
Penguin Audio

A new thriller for the social media age.

Ten years ago Jess lost her mother to the Magpie Man, an infamous serial killer who is still at large and planning to kill again. She’s going to use her new platform as the star of a YouTube reality series to catch him. That is, if he doesn’t catch her first.

Jess’ online show means that everyone is talking about her mother’s murder case. But fame comes with its downsides. The whole world is watching her every move. And it’s hard to know whom she can trust.

Could the Magpie Man be lurking closer to her than she thought? Is he watching her right now? 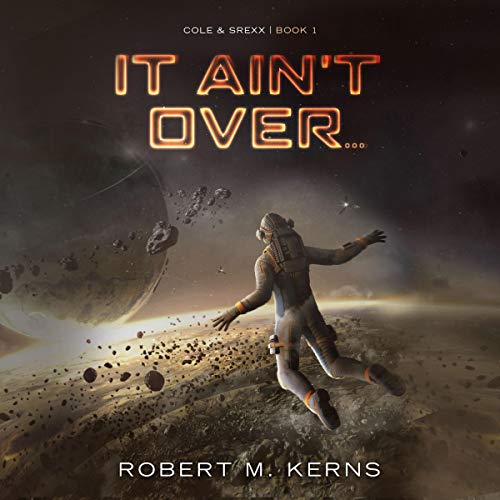 It Ain’t Over… by Robert M. Kerns
Narrated by Tia Rider
Knightsfall Press

Buy a planet and disappear….

He spent 13 years hiding on the fringes of society, piloting freighters for criminals and building a stash to do just that.

When Cole chooses to save an ejected castaway and stumbles into a crew of his own, he starts down a path that will force him to choose.

Will Cole protect those who have become his people? Or will he slip away quietly in the night?

Listen now to find out!