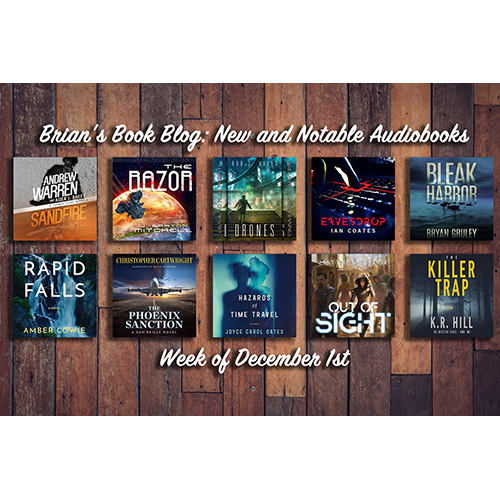 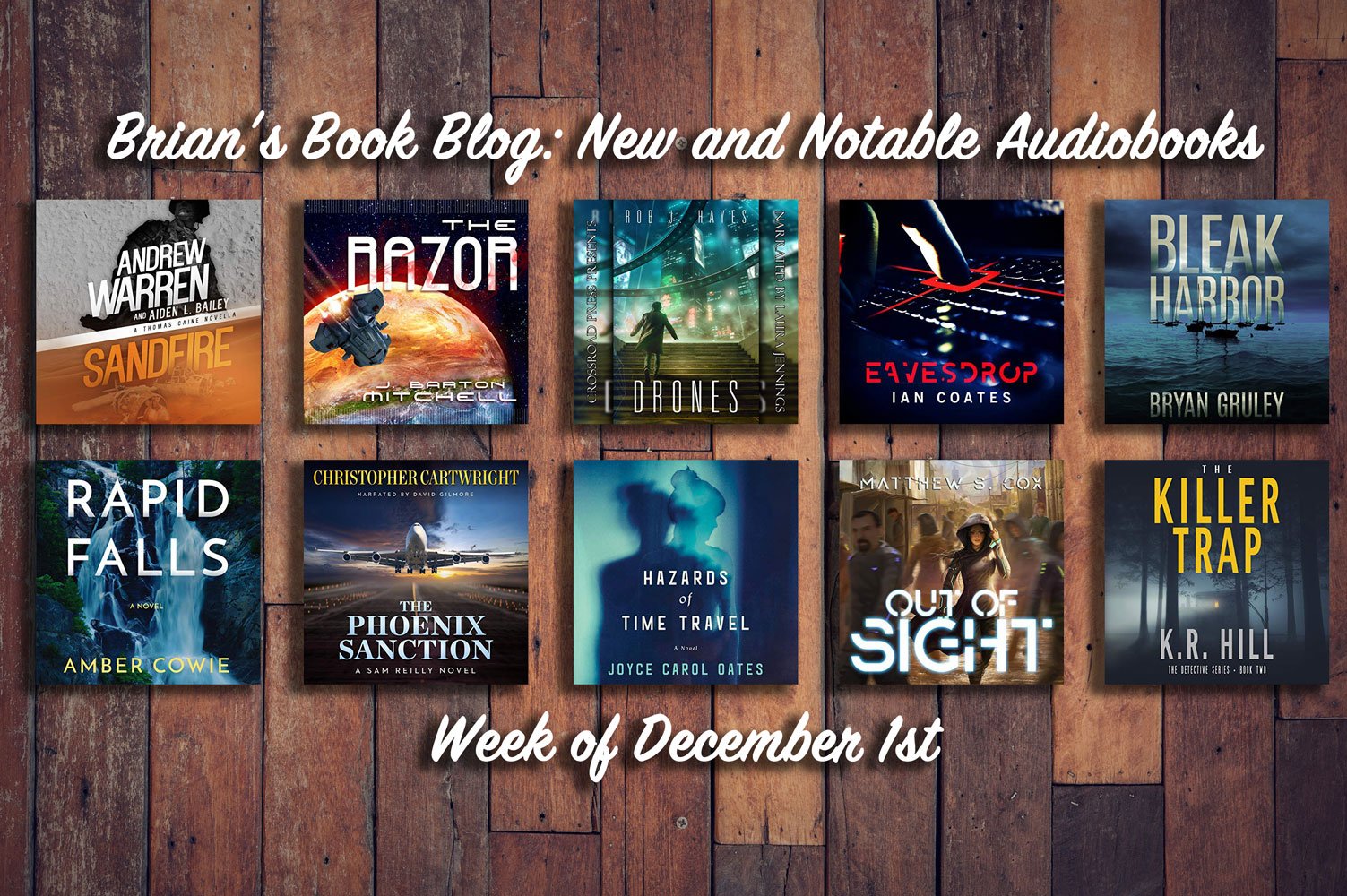 Welcome to Brian’s Book Blog’s weekly New and Notable Post for the Week of December 1st. 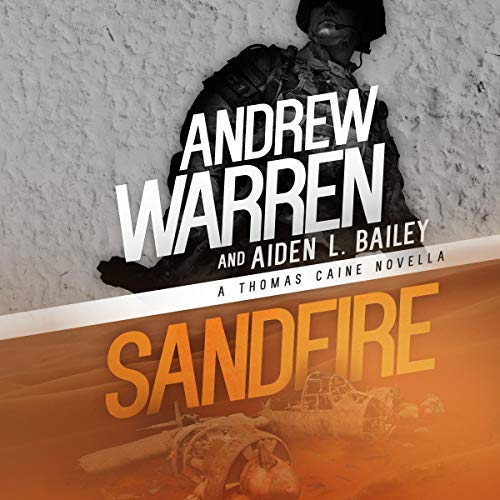 Before he was betrayed, Caine was an assassin… In this explosive mission from his past, can he prevent war from consuming the Middle East?

Thomas Caine is back in action…

As the CIA’s deadliest operative, Caine is tasked with eliminating America’s most dangerous enemies. But Caine is a professional. His missions of death have rarely been personal. Until now.

A fellow operative is killed on an icy New Zealand mountain. A shipment of vital medicine disappears from a UN cargo container. And a CIA cargo plane is shot down in the vast Empty Quarter desert. These seemingly unrelated events are all linked to a shadowy operation, known only as SANDFIRE…and if exposed, the fallout could compromise the US-Saudi alliance, and engulf the Arabian Peninsula in war.

Caine travels to Yemen to locate the missing plane, and track down his friend’s killers. But his investigation reveals other secrets lost in the wreckage. Secrets powerful men will go to any lengths to keep buried in the endless sands…

Get ready for another Rapid Fire adventure! Listen to Sandfire, and plunge into an explosive mission from Caine’s past today. 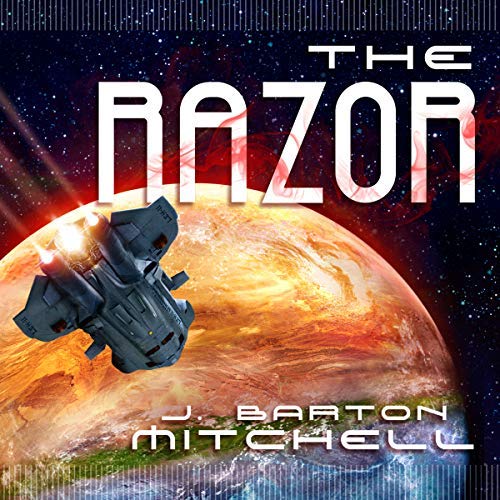 The Razor by J. Barton Mitchell
Narrated by Travis Baldree
HighBridge, a division of Recorded Books

J. Barton Mitchell’s The Razor is a riveting science-fiction thriller about a man struggling to survive the chaos on a prison planet.

Brilliant engineer Marcus Flynn has been sentenced to 11-H37 – a hard labor prison planet better known as the Razor, where life expectancy is short and all roads are dead ends – alongside the galaxy’s most dangerous criminals. At least until the Lost Prophet goes active…

In a few hours, prison guards and staff are evacuated, the prisoners are left to die, and dark mysteries begin to surface. Only Flynn has the skills and knowledge to unravel them, but he will have to rely on the most unlikely of allies – killers, assassins, pirates, and smugglers.

If they can survive each other, they just might survive the Razor….and claim it for their own. 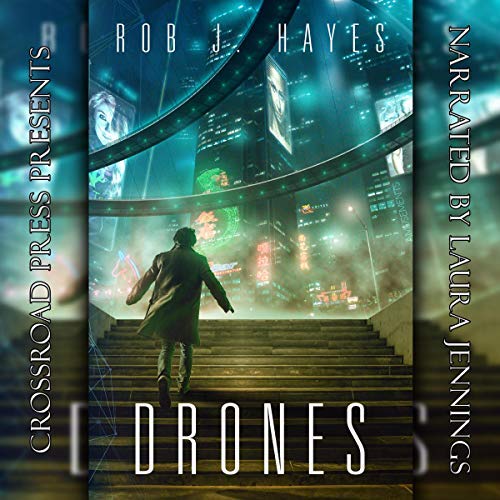 In the near future, Emotional Transference is the drug of choice.

Garrick is a Drone, going to ever-increasing extremes in order to sell the emotions. But he does it for a reason – because some memories are just too painful to bear. When his dealer is murdered, Garrick must search for a new way to remove his unwanted emotions but soon finds himself embroiled in a plot that threatens to go deeper than he ever imagined.

Between terrorists bent on preserving the inner space, assassins with a debt to pay, and a social media giant with its claws in the government, can Garrick survive long enough to uncover the truth and let the world know? 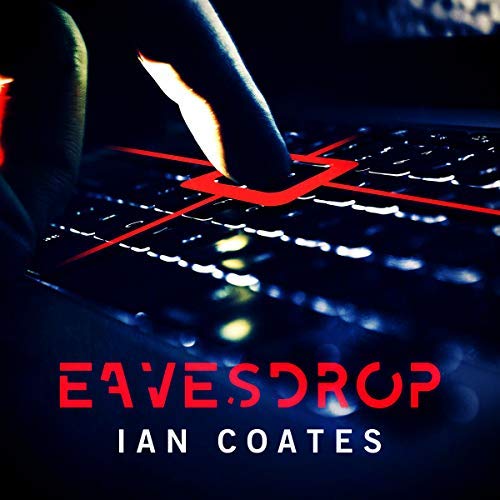 Customs Investigator James Winter must overcome them all if he is to save his career – and his life.

Winter, an ex-MI5 operative, battles to clear his name after being wrongly accused of colluding with diamond smugglers. When suspended, he vows to discover how the smugglers repeatedly avoided the traps set by his team. But as his wife undergoes cancer treatment, he finds it hard to balance time at her bedside with action to vindicate himself.

An email from their high tech equipment supplier soon sets Winter on the trail of a Mossad spy whom he discovered is somehow involved. The chase takes him from the windswept Romney Marsh of Southern England to Helsinki and Finland’s snowy interior and rapidly places him in the path of a Syrian assassination squad.

Al-Jabib ran a gloved fingertip across the engraved skull and crossbones and felt a tingle of anticipation mix with his nerves. It was really happening; he, Bashar Al-Jabib, was about to initiate the most audacious operation in all Syrian history. He touched the locket that hung around his neck. ‘Mum and Dad, you’d be proud of me.’

In this fast-paced and suspenseful espionage thriller, James Winter stumbles into an international mystery involving Mossad, a Middle East terror plot to destabilise Israel and the global political climate. With the help of a dubious partner, Winter risks his life, but will he be able to stop an international conspiracy and clear his name? 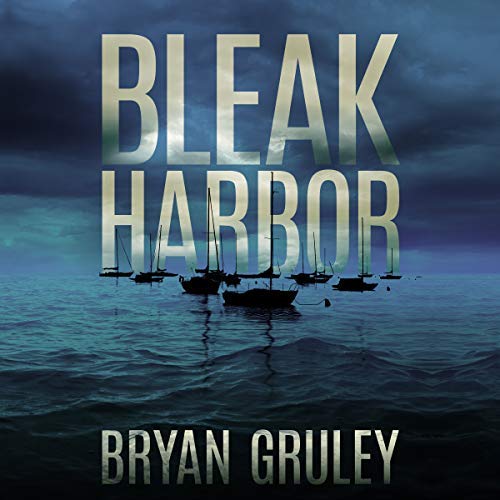 Their son is gone. Deep down, they think they’re to blame.

Summertime in Bleak Harbor means tourists, overpriced restaurants, and the Dragonfly Festival. One day before the much-awaited and equally chaotic celebration, Danny Peters, the youngest member of the family that founded the town five generations ago, disappears.

When Danny’s mother, Carey, and stepfather, Pete, receive a photo of their brilliant, autistic, and socially withdrawn son tied to a chair, they fear the worst. But there’s also more to the story. Someone is sending them ominous texts and emails filled with information no one else should have. Could the secrets they’ve kept hidden – even from one another – have led to Danny’s abduction?

As pressure from the kidnapper mounts, Carey and Pete must face their own ugly mistakes to find their son before he’s taken from them forever. 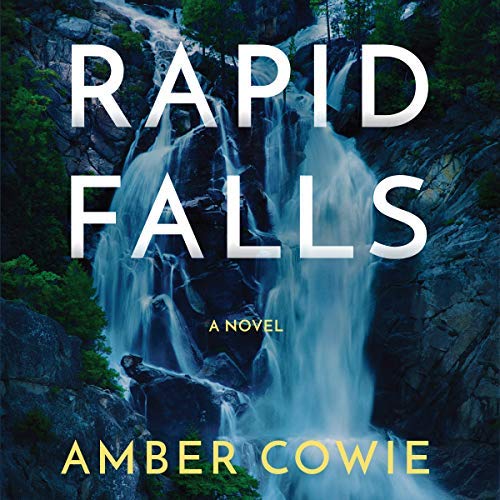 Forgive and forget? In this twisty thriller of psychological suspense, the past and present collide for two sisters who survived a tragedy – and must now survive the truth behind it.

It’s been twenty years since Cara’s boyfriend died in a horrible accident and her sister, Anna, went to prison. The tragedy has become a local legend, but Cara has moved past her grief to have a successful career and a happy family. Pity about Anna. Recently released from incarceration, she’s struggling with addiction, guilt, and shame – a shattered life. Cara’s forgiveness seems to be the only thing that helps her pick up the pieces.

But as Anna pulls herself together, her memories of that night on the bridge start to come into focus. And few of them match her sister’s.

As past secrets unfold and nothing is what it seems anymore, Anna desperately searches for the truth. But what if Cara doesn’t want her to find it? 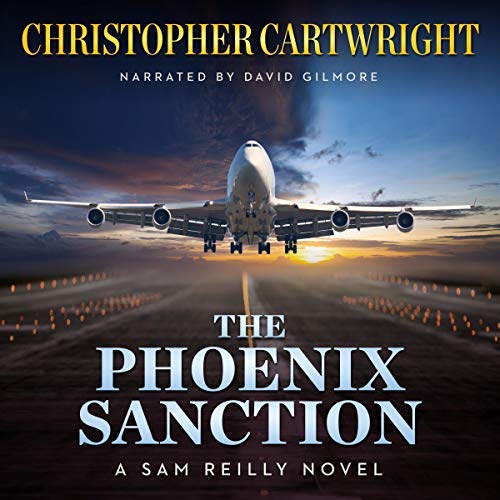 On board Phoenix Airlines Flight 320, Andrew Goddard awakens to discover the cockpit empty and all the passengers unconscious.

In the Colorado Monarch Mountains, an old gold miner discovers a fiendish stone mask sealed inside an obsidian chamber.

Sam Reilly has just three weeks to find out how the two unlikely events are connected, and the secret behind it might change everything we thought we knew about humanity. 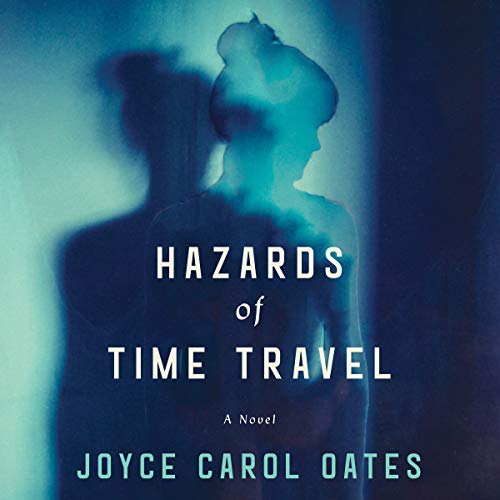 An ingenious, dystopian novel of one young woman’s resistance against the constraints of an oppressive society, from the inventive imagination of Joyce Carol Oates.

“Time travel” – and its hazards – are made literal in this astonishing new novel in which a recklessly idealistic girl dares to test the perimeters of her tightly controlled (future) world and is punished by being sent back in time to a region of North America – “Wainscotia, Wisconsin” – that existed 80 years before.

Cast adrift in time in this idyllic Midwestern town, she is set upon a course of “rehabilitation” – but cannot resist falling in love with a fellow exile and questioning the constrains of the Wainscotia world with results that are both devastating and liberating.

Arresting and visionary, Hazards of Time Travel is both a novel of harrowing discovery and an exquisitely wrought love story that may be Joyce Carol Oates’s most unexpected novel so far. 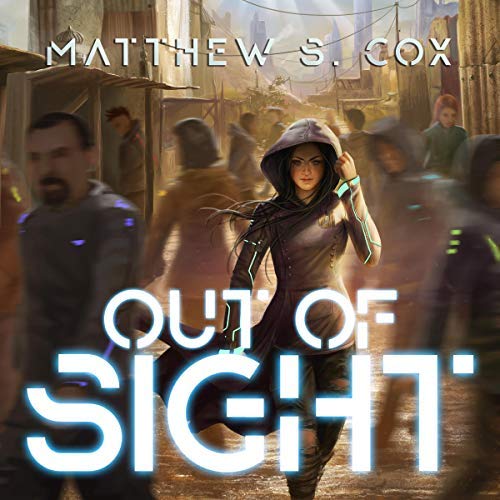 Most Citizens hold Outcasts in dim regard, but Sima never expected they’d throw her off the planet.

In 2411, overpopulation has spread a plaque of filthy, congested city to the corners of the Earth. Government has raised corruption to an art form, and no one hears the cries of those left to die in the dark passageways of civilization. Following the End of Nations, people cling to the only division left: social status.

Since running away from home four years ago, she’s managed to stay a step ahead of death – or worse. At 16, she’s getting too old to survive from begging, despite her best effort to pretend she’s younger. Worse, the sidewalks teem with little kids edging in on her turf, monopolizing Citizens’ charity with their wide, pleading eyes and genuine innocence.

A chance meeting with suspiciously nice cops leaves her more confused than ever. Between deadly gangs, unforgiving security forces, and a terrifying madam eager to exploit a girl her age, merely getting older is the biggest threat to her life. With no good choice to make, she risks the least of three evils.

Sima thought her life on Earth had been dangerous…

She hasn’t seen anything yet. 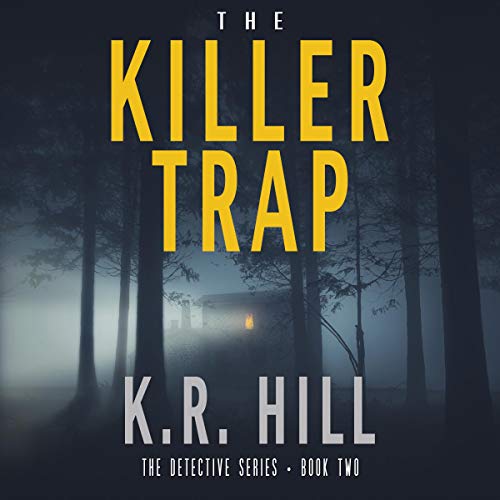 The Killer Trap by K.R. Hill
Narrated by Wayne Mitchell

The Templar map is safely hidden away in India. Now Jason Dalton, the PI in book one, turns his thoughts to avenging the murder of two families.

Years ago, while serving as the commander of an elite army Ranger squad, two team members, along with their families, were butchered by a drug cartel. Dalton and the surviving squad members took a vow to find those responsible. Now he has a lead: a Serbian crime family in LA knows who hired the cartel killer.

So what’s the problem? That crime family wants Dalton’s head on a pole. So Dalton hires PI Connor Marin, who served on Dalton’s squad.

Connor Marin has been tracking the crime family. Connor also has a plan to get the name of the cartel murderers. But initiating that plan stirs up the Russian mob, and unleashes a pit bull of a cop onto Connor’s trail.

To survive the case, Connor needs precision, brains, and firepower. And then the entire case goes sideways when a feisty Mexican woman runs into his office with two children taken from a trafficker. Hot on her heels, running up the stairs, are the trafficker, Rabid Dog Redmond, and his gunmen. 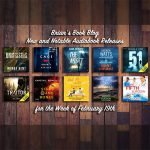 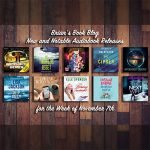 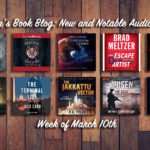 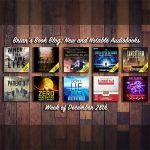