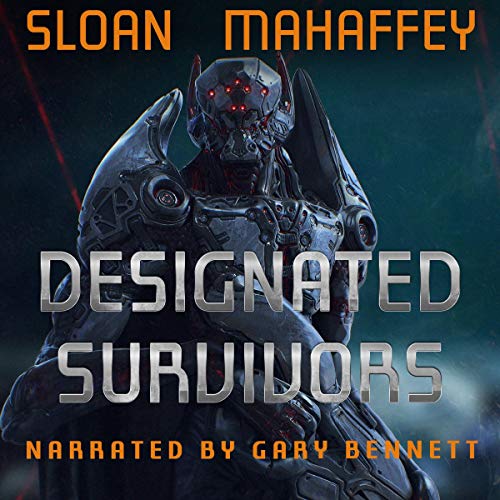 I literally wrote this entire review – all 5 paragraphs of it, clicked to submit it and lost the entire thing.  So, I’m going to try and write it from memory.

Designated Survivors didn’t spend the beginning of the book telling you what happened in book one, instead it just throws the reader over the edge of the boat and expects them to swim along.  I spent the first 30 minutes or so theoretically gasping for breath trying to figure out what was going on. I even took a moment to read my review of book one (which I didn’t finish that long ago) just to figure out where book one left off and where book two was going to start.

I liked that though, I don’t mean to write any of that and be negative.  It allowed book two to stand on its own instead of relying on book one to lean on. It allowed the story itself to shine instead of the overarching plotline of the series.  Book two felt important (where most book two’s seem to be a “okay, let’s just move the timeline along enough so that the story makes sense in later books in the series.)

Probably one of my favorite parts of this was the fact that you couldn’t tell it was written by two different authors.  The views, storytelling, and everything else that goes into writing a book didn’t change between chapters or even mid-chapter.  It was a well thought out and well told story.

Both books in this series lean a little bit on the LitRPG aspect, but in Designated Survivors it isn’t as much in focus. Sure there are still scenes where they talk about XP (one particular one that stood out was after a fight/battle the one character talked about how surprised they were that XP showed up all the way out where they were). I like that it has those elements without being a full-on LitRPG.  It’s able to tell you a story as if that’s just part of it, instead of telling about the gamelit stuff and then needing to build a story around that.

Overall, a great second addition that felt like it belonged.  Add in the narration by Gary Bennett and you have a winner.  Gary is able to give the story some gravitas with his deep and booming voice.

Whether hunter or prey, survival doesn’t come easy on the other side of the wall.

After escaping from New Chicago, Marisol and Elias take shelter in the quarantine zone only to be stalked by nightmarish, blood-enhanced creatures called Threshers. But that’s not the worst of it as they find themselves struggling to survive against Longman’s assassins and weaponized Reaper mechs who are hunting them down.

All is not lost, however, as Marisol’s enhancements keep them in the clear long enough to find a small group of survivors. Joining forces with the potential allies, they’re forced to confront their fears and work together to find a way to topple New Chicago’s brutal dictator before he discovers a secret weapon to destroy the world.