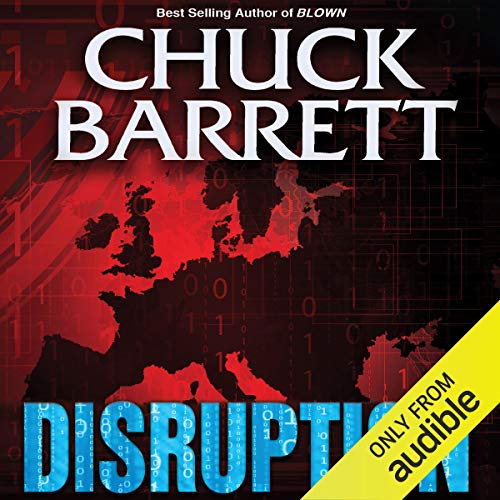 This book has everything I love starting with cyberwar/terrorism.  The plot revolves around a potential cyber attack on the world.  You can tell that Barrett did his research here since the entire plot seemed incredibly plausible.  I work for a technology firm and all of the details and nuances that he included were just perfect for the type of story and attack he was talking about.

The narration for Disruption was done by Scott Brick who is a veteran in the audiobook narration field.  Brick does an amazing job with this book — helping to move it’s already fast pace even faster.  Brick takes a great book and makes it greater.

It also had a lot of international travel and intrigue.  The main characters Jake Pendleton and Francesca Catanzaro travels to different places trying to piece together the different clues and data they were able to parse with help from their team.  The different places that played a part in Disruption really made the book interesting and fun to read.

The story itself was very good.  There is honestly something for anyone in this book.  Cyber Attacks, Love, Intrigue, International Travel, and some sinister plot-lines that I won’t ruin in this review.

Overall, Disruption was awesome.  It was a blast to read from beginning to end and I had fun reading it.  It’s one of those books where it could go one way or the other.  I hoped that I was going to like it, and I was right.  I’m really glad that I picked this up — and now, I’ll be looking for more books like this from Chuck Barrett. 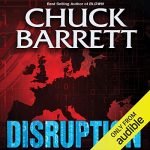 Former Naval Intelligence Officer turned secret operative Jake Pendleton finds himself in a pulse-pounding race to stop a cyber-terrorist from releasing a string of the most heinous cyber-crimes the world has ever seen. Crimes that could render the world’s advanced technology useless.

Jake teams with his partner, Francesca Catanzaro, to track down their only lead, a white-hat hacker in Italy known only as The Jew. A man who might hold the key to stop a group of black-hat hackers from causing worldwide chaos – tag named Disruption.

After a search of the hacker’s flat in Rome turns up empty, Jake and Francesca follow the clues – a trail of dead bodies that leads them across Europe. Along the way, Jake discovers a possible link between recent hacks and a Malaysian airliner that mysteriously disappeared.

In the final adrenaline-charged moments before Disruption, Jake and Francesca find themselves in a high-voltage race to stop these cyber terrorists from unleashing destruction against their sworn mortal enemy.

2 thoughts on “Disruption by Chuck Barrett (Narrated by Scott Brick)”