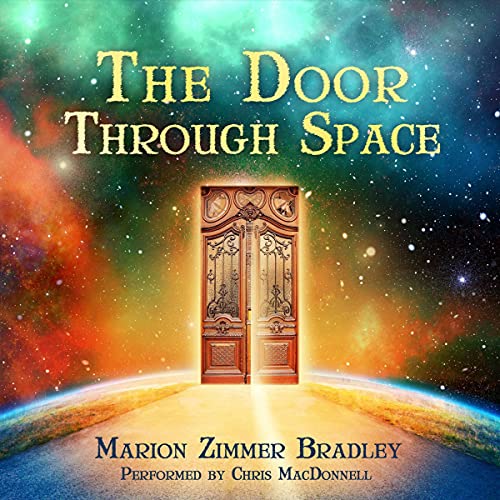 My First MZB Book Was Interesting…

I knew going into The Door Through Space that it was an older science fiction story. But I didn’t realize that it was first published in 1961. Now, I grew up reading Arthur C. Clarke and Asimov, so I’m no stranger to older science fiction. I felt like I knew what I was getting into, but I was also sad I hadn’t heard of Marion Zimmer Bradley before this. I’m going to fix that now, since I enjoyed this one quite a bit.

The Door Through Space was if anything, interesting. Bradley has this way of writing that’s hard to describe but easy to follow once you understand it. She was able to suck me in quickly and keep me there throughout this relatively short story. That being said, I didn’t feel like it needed to be long either. I love bite-sized stories, especially ones that are as well thought out as this one was.

What’s funny is that when I went to write my review, I had to look up other reviews because I had some issues and shortcomings but I wasn’t sure how to bring them up. I also wasn’t sure if it was something that I was reading into 50 years later or something that was an actual problem. Now, I said I knew what to expect with old-school science fiction, but this one felt more like it was using space as a genre more than using space to write a good science fiction story. I think it could have been transported almost anywhere and just been an interesting story. Coupled with some of the shakiness of the way Bradley wrote this and I had some problems with it, but none I couldn’t overcome.

Now, I will say that Chris MacDonnell was great performing this. I’ve never listened to his work before but I really enjoyed his performance throughout this. A few times when Bradley would lose me or be about to lose me, MacDonnell would pull me back in.

Overall, an older sci-fi story with some issues. But one that I still enjoyed.

Across half a galaxy, the Terran Empire maintains its sovereignty with the consent of the governed. It is a peaceful reign, held by compact and not by conquest. Again and again, when rebellion threatens the Terran Peace, the natives of the rebellious world have turned against their own people and sided with the men of Terra – not from fear, but from a sense of dedication.

There has never been open war. The battle for these worlds is fought in the minds of a few men who stand between worlds; bound to one world by interest, loyalties, and allegiance; bound to the other by love. Such a world is Wolf. Such a man was Race Cargill of the Terran Secret Service.

This is Marion Zimmer Bradley’s first novel published in 1961. She said of it: “I think, there is a place, a wish, a need and hunger for the wonder and color of the world way out. The world beyond the stars. The world we won’t live to see. That is why I wrote The Door Through Space.”