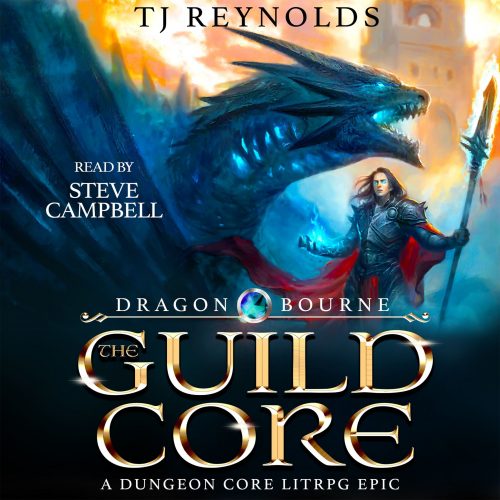 Everything You Ask For From LitRPG

If you can’t build both believable easy-to-like characters along with beautiful and well described worlds – then you don’t belong writing a fantasy novel, especially a longer one like this story is. Thankfully, the major places that this story shines is in its character and world building. I also don’t always pick up books like this since I’m not a huge epic fantasy fan, but, I am a fan of a good LitRPG regardless of where it’s set. I knew going into this that it was either going to challenge me or it was going to bore me. Thankfully, it was the former. It challenged how I feel about stories like this and it really felt like a unique LitRPG story set in a place I couldn’t have dreamed up

The story jumps around a bit since it’s a multi-narrative one, but that didn’t bother me. Honestly, in longer books like this I need the change of pace and Dragon Bourne gave me that in spades. The two main characters that it follows were fun to root for, along with easy to follow.

The narration, done by Steve Campbell, really shined too. I feel like with a book this long and in depth he was really able to shine. He showed off his narrating skills along with his skill as a storyteller. Now, I know and understand that he didn’t write the story, but a good narrator can take an already good story and make it their own – turning it into something even better. I think that Campbell did that with this one, and I’m glad that he was on board to do this book.

Overall, a really interesting LitRPG Fantasy book that kept my interest throughout. There was a lot of great character and world building, along with a story that I wanted to continue reading. I needed to figure out what was coming next.

He dreamed of becoming a hero. He prayed for the return of dragons and their legendary Earth Cores.

Little did he know, the magic to unlock the past flowed in his veins.

Raised by his uncle as a farmer, Kai was the least likely young man in all of Brintosh to ascend. After traveling to Mindonne, a town near the Kaltan border, he collides with an inevitable fate.

Gaining the closest friend and dearest ally comes at a price, but with the help of Bancroft the dungeon, Kai accumulates ether faster than any soldier in the king’s army, and soon, his core ascends.

When the two set out on an epic quest, they meet with Rhona, a battle-scarred monk on a mission of her own. The three join together to form The Guild Core, a small band of friends who will change the course of history and restore the magic that has been lost to the tides of war.

Kai’s story doesn’t take place in a game. The stakes are high, and there’s no coming back if he fails.

The Guild Core is a novel by TJ Reynolds, best-selling fantasy LitRPG author of Eternal Online books 1-3. The Guild Core was inspired by the Divine Dungeon series, The Wheel of Time, and classic films like The Labyrinth and The Neverending Story.