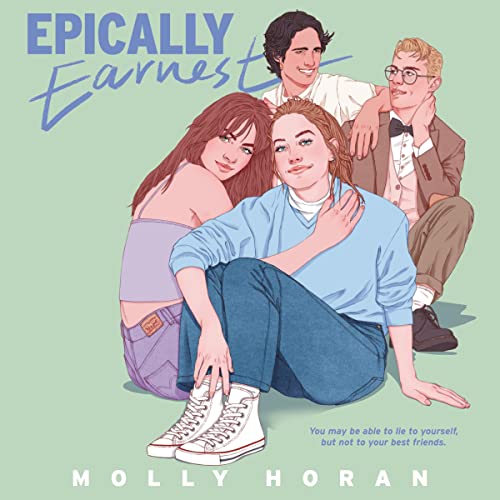 A Great Story Inspired by a Classic

Epically Earnest is a play on the play from Oscar Wilde by a similar name (The Importance of Being Earnest). The personal problem I have with this is that I did not read that play so I won’t be able to comment on the similarity or anything. It had a “new” feel to it, which I expected and multiple queer-friendly storylines in it, which I assume is the biggest differentiator over the original play.

This story was super cute though. Most of the story was focused on Jane both her back story/how she went viral as a baby and her quest to try and finally ask out the girl of her dreams. I think that Moran was able to add in a ton of personal growth and discovery for Jane in such a short book. Granted, its shortness was one of the things that drew me to it. I knew that I was going to be able to quickly fly through this one… and I did. Moran really wrote an emotional rollercoaster into this one.

Overall, I thought that Epically Earnest was a story for the ages. A story inspired by a classic work that really made a lot of sense set in the present day. A story that made me smile but also had me thinking about my own family and what it means to be different.

In this delightfully romantic LGBTQ+ comedy-of-errors inspired by Oscar Wilde’s The Importance of Being Earnest, a high school senior works up the courage to ask her long-time crush to prom all while deciding if she should look for her bio family.

Jane Worthing’s claim to fame is that she was one first viral internet sensations, dubbed #bagbaby—discovered as a one-year-old in an oversized Gucci bag by her adopted father in a Poughkeepsie train station. Now in her senior year of high school, Janey is questioning whether she wants to look for her bio family due to a loving, but deeply misguided push from her best friend Algie, while also navigating an all-consuming crush on his cousin, the beautiful, way-out-of-her-league Gwen Fairfax.

And while Janey’s never thought of herself as the earnest type, she needs to be honest with her parents, Algie, and Gwen, but mostly herself if she wants to make her life truly epic.

With a wink toward Oscar Wilde’s beloved play, Epically Earnest explores the complexity of identity, the many forms family can take, and the importance of being . . . yourself.

The Wedding Set Up by Sonali Dev (Narrat