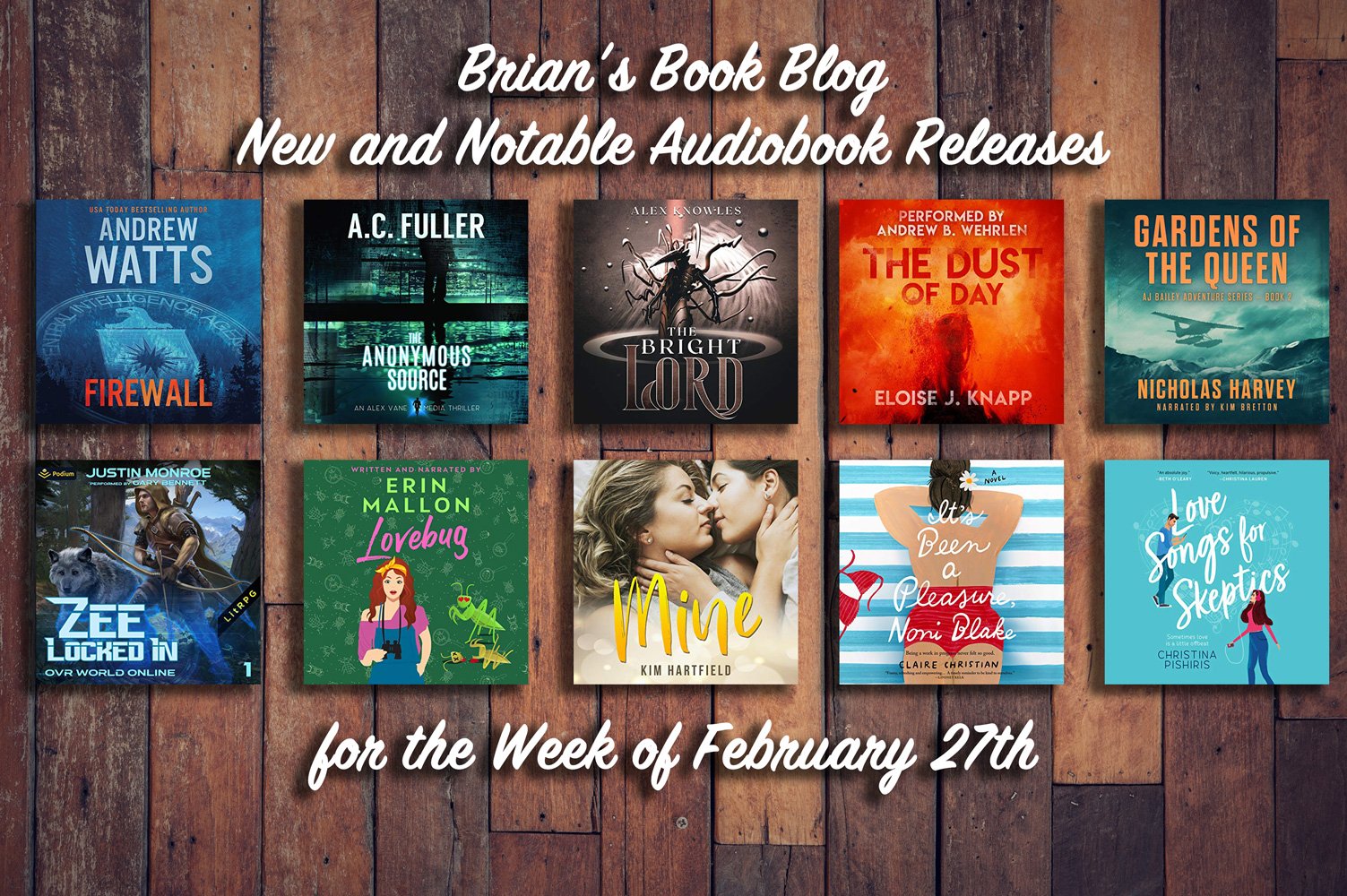 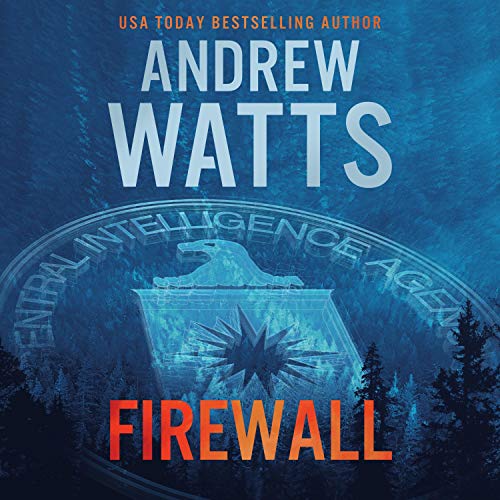 When a scientist at the world’s top AI company is murdered, a covert CIA operative must recruit a former love interest to help uncover the killer.

Nations and corporations alike are racing to dominate the world’s artificial intelligence industry…by whatever means necessary.

With its genius CEO and breakthrough technology, the Silicon Valley-based Pax AI Corporation is one of the hottest companies in the sector. But when one of Pax AI’s top scientists is murdered at a prestigious tech conference, company executives and foreign spies are all on the suspect list.

In the aftermath of the killing, CIA officer Colt McShane has been assigned to a joint counterintelligence unit based in San Francisco. The unit’s leadership believes that an international espionage ring has been stealing classified technology from Pax AI.

Now they want Colt to use his past relationship with Pax AI executive Ava Klein to penetrate the company’s inner circle, and uncover the mole. But as Colt learns more about Pax AI’s classified programs, he discovers just how powerful – and dangerous – their new technology can be. As the struggle for AI dominance grows ever more competitive, the factions vying for power are becoming desperate to achieve victory.

In the fight for absolute power, there can be only one winner. Everyone involved has their own spies and secrets.

Whose spy will win? And what secrets will they reveal? 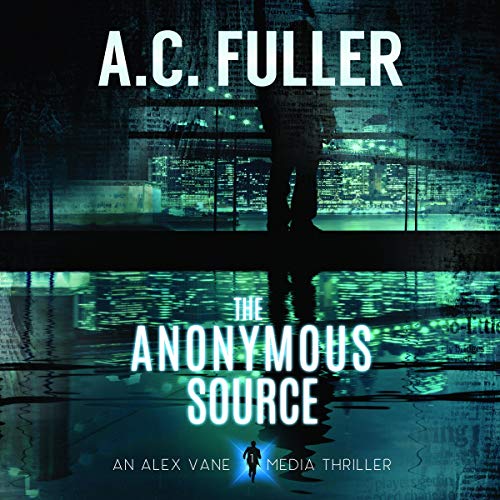 It’s one year after the 9/11 attacks, and court reporter Alex Vane is fighting to break into the flashy world of TV news. But when he uncovers the scoop of a lifetime, his tightly controlled world is rocked: His editor buries his story, a source turns up dead, and Alex finds himself at the center of a violent media conspiracy.

As he receives tips from a mysterious source, Alex enlists the help of a captivating professor, Camila Gray. Aided by an internet genius, a billionaire’s sexy widow, and a washed-up sports reporter, Alex and Camila discover a $500-million secret that could derail the largest media merger in history.

In his debut media thriller, A.C. Fuller brings you a young journalist chasing the biggest story of his career – from the courtrooms of New York City to the beaches of Hawaii, from a crowded newsroom to a lavish boardroom at the top of a media empire. 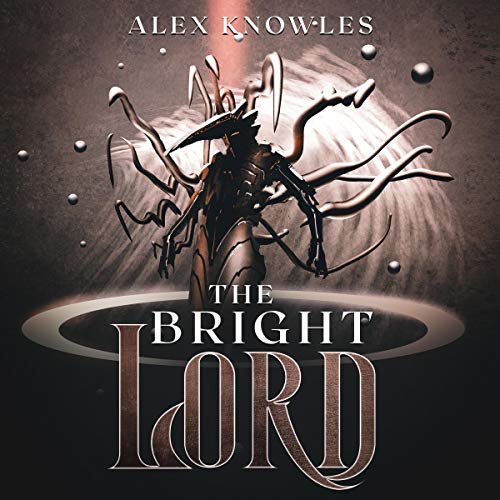 A home, a family. Lies and resentment. To save the future he must reclaim his past.

Enjoying his retirement. Ryan has everything. The perfect wife, a daughter he adores and all the time in the world. Yet, with dinner burning on the stove and his wife late home from work, two visitors appear bringing dire news and a quest he can’t refuse.

Dragged back to a universe and a life Ryan did everything to escape, he must secretly hunt out survivors and friends all while training for the fight of his life.

Where brutality and pain were all Ryan ever knew, now he must inspire and heal. The collision of two worlds draws ever closer and if he can’t claim what was once his, all is lost. 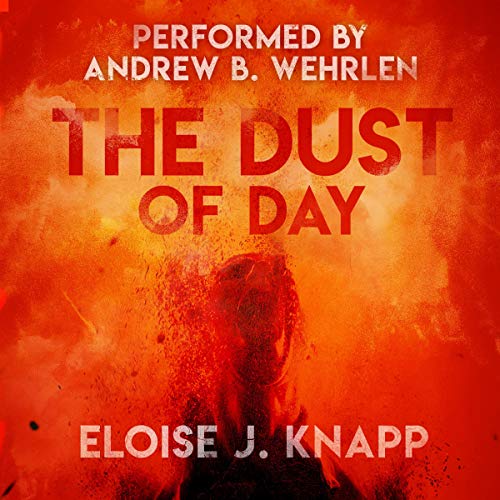 The Dust of Day by Eloise J. Knapp
Narrated by Andrew B. Wehrlen
Self Published

When Zabat’s Comet threatened to destroy the planet, society ripped itself apart in violent, hedonistic glory. But instead of bringing extinction by fire, the comet unleashed a cloud of hazardous dust over the Pacific Northwest. Within it lurks a sinister alien being that both threatens annihilation and promises transcendence.

While some unite to destroy the force field containing the dust, others put their lives on the line to keep it contained. Humanity faces a new set of challenges that put into question the very essence of what it means to be human. 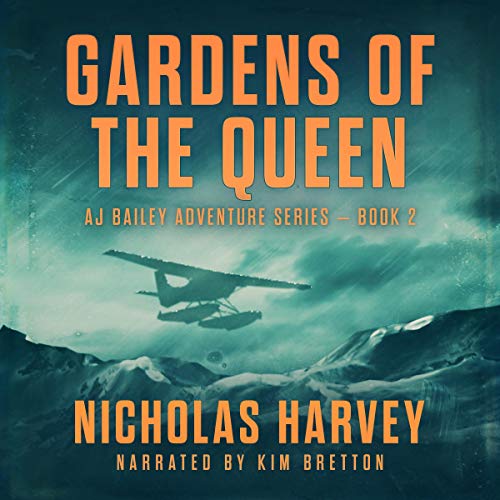 When a plane crash lands during a stormy night on Grand Cayman, AJ Bailey must pull the survivors from the roiling waters.

But saving Carlos Rojas, and his girlfriend Sydney, starts something bigger than anyone could foresee. The two recently fled Cuba with vital information. Now, Russian agents, working with the Cuban authorities, will stop at nothing to cover up the secret Carlos is determined to reveal to the world.

AJ and her mentor, Reg Moore, find themselves up against the might of two governments, as they try to protect Carlos, Sydney and the Gardens of the Queen.

Find out in the thrilling sequel to Twelve Mile Bank. 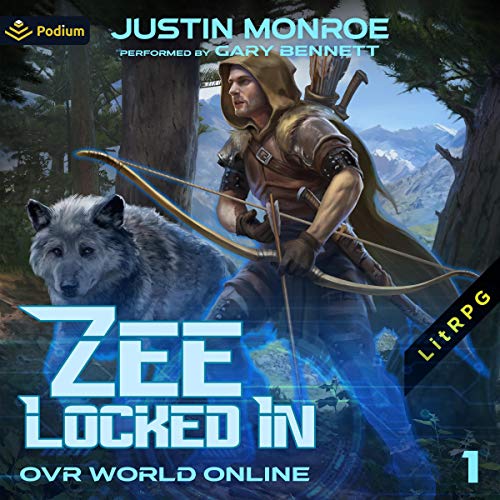 In the bleak, not-too-distant future, most people who could fled to the virtual reality OVR World Online.

Zachary “Zee” Jones will never be able to afford to become a player of the game. After committing a crime in order to save his mother’s life, he was arrested and included in the Inmate Player Program. Even without perception filters to limit his pain, it was better than the alternative. He has the opportunity to earn more money in a five-year sentence then he could have in his entire life as a hospital janitor.

Zee is jacked into Gygax, a high fantasy adventure game world, filled with knights, magic, and monsters. But Zee quickly learns that just because the world is virtual doesn’t mean the danger isn’t real. Can he find his fortune, perhaps a few allies, avoid the dangers of adventuring as an inmate, and unravel the mystery behind the game’s confounding sentient computer program wearing a familiar face called “the doctor”?

My name is Mabel, the girl who “wouldn’t hurt a fly”.

Of course I wouldn’t.

I’m an entomologist for goodness’ sake. I work in a nature center. Bugs are my jam.

It’s the humans in my life who are starting to get me down. I’m used to them calling me sweet and innocent. I can even handle them calling me naive. But when they lie and keep secrets from me? That’s when my proverbial pincers want to come out.

Trouble is, I’m not the girl who fights back.

Not until a handsome groundskeeper with a dirty mouth and secrets of his own shows up and lights all sorts of fires in me.

In the bug world, the female is always the fiercest. The praying mantis doesn’t worry about being a “good girl”. Nope, she follows her instincts no matter how crass or crude they may seem to others.

Turns out I could learn a thing or two from her.

I’m not necessarily looking to tear anyone’s head off, but after decades of being nice, it’s high time for me to return to nature and unleash my wild side. 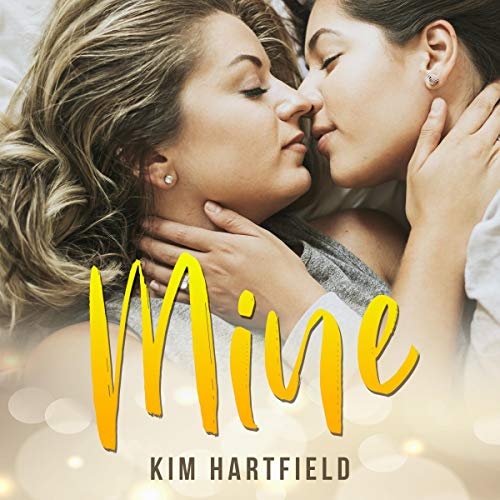 Mine by Kim Hartfield
Narrated by Violet Woods
Self Published

In search of life’s meaning, Cherry leaves her high-powered sales job to spend three months working on an organic farm. The owner Margo is intensely confident and terrifyingly beautiful and has little patience for city girls who don’t know what they’re doing.

Desperate to gain Margo’s respect, Cherry does her best to adjust to farm life. Although she’s never been interested in women, she’s intrigued when she learns Margo has particular tastes. Suddenly, Cherry wants to please her boss in a whole different way.

As Cherry is swept into a world of exquisite delights, her feelings for the captivating older woman grow. Will she belong to her domme for a moment in time? Or, will Margo keep her – forever? 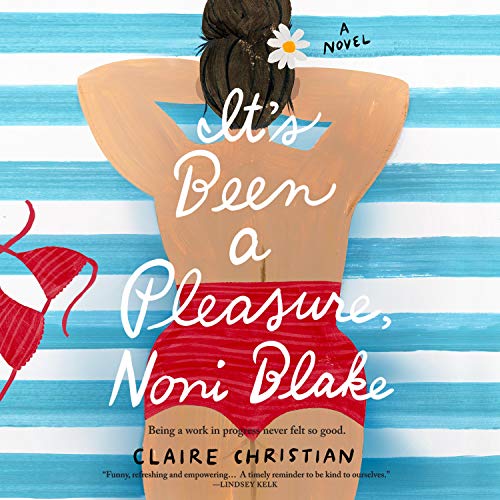 A sparkling, feel-good tale about starting over, for anyone who’s spent too much of their own life making other people happy.

What if you made yourself your number one priority?

Of all the women and men Noni Blake has pleased in her life, there’s one she’s often overlooked – herself. After the end of a decade-long relationship, Noni decides it’s time for that to change. She’s finally going to prioritize her wants and desires and only do things (and people) that feel good in the moment.

As she embarks on a pleasure-seeking quest that takes her halfway around the world, she discovers that maybe she can have everything, and everyone, she’s ever wanted.

Effortlessly hilarious and relatable, Claire Christian spins a fresh, feel-good tale about starting over as a 30-something woman who’s been living life for everyone else. A story of self-discovery for the ages, Noni’s journey serves as a sparkling reminder that life is what we make of it – so why not enjoy it? 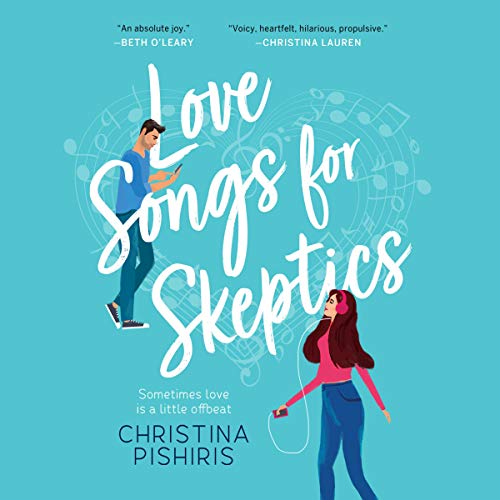 Zoë Frixos gets the whole love song thing. Truly, she does. As an editor at a major music magazine, it’s part of her job description. But love? Let’s just say Zoë’s been a bit offbeat in that department. After falling hard for her best friend, Simon, at 13 and missing every chance to tell him how she felt before he left town, Zoë came to one grand conclusion: Love stinks.

Twenty years later, Simon is returning to London, newly single and as charming as ever, and Zoë vows to take her second chance. But, with an arrogant publicist out to challenge her career, Simon’s perfect ex-girlfriend’s sudden arrival, and her brother’s big(ish) fat(ish) Greek wedding on the horizon, Zoë begins to wonder if, after all these years, she and Simon simply aren’t meant to be.

What if, despite what all the songs and movies say, your first love isn’t necessarily the right one? In the wake of a life-changing choice, Zoë must decide if she’s right to be skeptical about love, or if it’s simply time to change her tune….