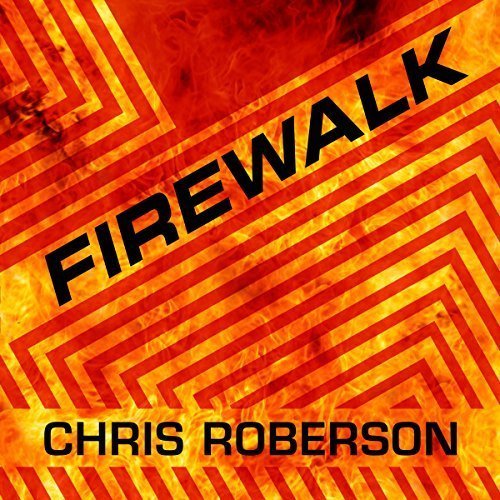 A Thriller You Won’t Be Able To Put Down

A case that haunts their dreams, Izze and Patrick were there when the mysterious scientist-turned-psychopathic-killer took his last breath.  Izze still has the scars from that day, but now there are things that point to the same things that were happening before. Even things that weren’t ever listed in the police report.  Things that only the original killer would know.  So Izze and Patrick are back out trying to find a killer that they thought they left in the past.

If you don’t know R.C. Bray by now, you must be living under a rock or something.  Bray has narrated a ton of amazing audiobooks, and I honestly haven’t listened to enough of them yet.  But, he narrated The Martian, which jump-started my love for audiobooks.  Bray’s voice is perfect, and he lends it perfectly to this story.  It’s a very technical “cop thriller” and he does a great job differentiating between different characters.

The intro Firewalk was good, it really hooked me, but it almost felt like it started too fast. At first, I thought I had my chapters switched.  Then I quickly realized that we were going back to the original scene with the original murderer.  After that, things slowed down a bit and allowed me to get a grip on what was going on.

Izze is a really likable main character.  She has her feet on the ground and asks all of the right questions.  Patrick was meant to be a little more out there and brings Izze out of her comfort zone on numerous occasions.  The duo worked really well together with one trying to look at everything in a very scientific and fact-based way, while the other was trying to see other things that were related in some way.  Working together, they bring out the best in each other.

The story was great.  A well-written Thriller with a ton of details.  Firewalk is a weird name for it (I thought at one point I would figure it out, but I only have a slight idea of why it was called that).

Overall, a wonderful story with lots of intimate details that will keep you coming back for more and more.

Izzie Lefevre was the newest investigator for the FBI's Behavioral Analysis Unit when she first came to Recondito, a coastal city that's been shrouded in mystery and legend for centuries. Local law enforcement had requested the Bureau's assistance in hunting a sword-wielding serial killer who'd left a dozen mutilated bodies in his wake. Patrick Tevake was a local homicide detective assigned to the task force, and together he and Izzie managed to track down and stop the killer before he claimed another victim.

Five years later, Izzie and Patrick remain haunted by what the killer said before he fell in a hail of gunfire. Izzie's ancestors were "mambos", voodoo priestesses who claimed to communicate with the dead and protect the faithful from evil spirits. Patrick's Polynesian great uncle told stories of Recondito's supernatural menaces that lurk in flame and shadow. The killer's last words have brought up a past both Izzie and Patrick thought they'd long since left behind, and neither has been able to shake the feeling that their case was never completely solved.