The Fireworks (Holiday #3) by Nicole Pyland (Narrated by Carolyn Eve) 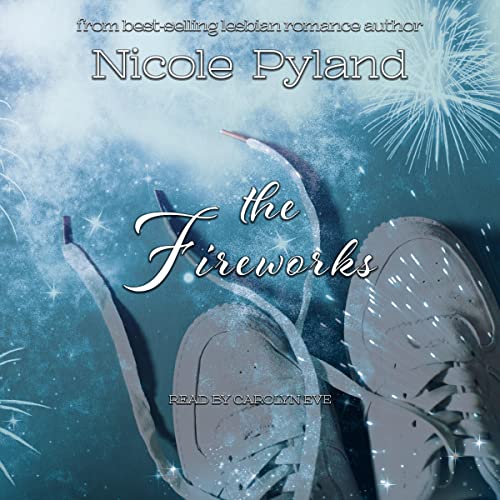 Another Great Story, Lots of Emotion

The third book in the Holiday series starts off with a bang. Quite literally. I’ve enjoyed the first two books in this series so far, so I knew going into this one, I would have a blast listening to it.

Starting off with a bang… in more ways than one. The Fireworks takes us into the world of Aria. Opening up with another fling of hers, it feels different this time. Not because she feels something with the fling but because she’s tired of the “game”. She wants to settle down and find someone to love her as much as she loves them.

(Warning, there are some slight spoilers here, I just can’t do my review and not talk about certain scenes. I tried to talk around them as much as I could).

I did NOT expect the person that came into her life. The backstory and the way that The Fireworks went back and forth to their origin story and back to the present was a nice touch. Pyland always has a way of pulling at my heartstrings, but in this one – especially towards the end when London is having a conversation with her dad, I was in a full sob. And not a happy one that I’m used to. I thought Pyland captured the emotions and the feelings perfectly here, but it was hard to read knowing some friends and family members coming out stories.

The Fireworks was another great book in this series that I flew through, wanting to get to the happy ending. I didn’t know how we would get there or when it would happen, but I knew when it did, I was going to be beaming. I thought Pyland did a good job with the HEA, but with a slight caveat (related to what I was just talking about). Those things don’t just change overnight, and I’m glad Pyland didn’t force the fully happy ending.

This is book three in the Holiday series.

Aria Bancroft had been in love exactly one time. It didn’t go well, and ever since, she’s been floundering. Choosing sex over relationships and working as a freelance editor more to have something to do than anything else worked for a time. But as her friends begin to couple off with their new girlfriends, Aria begins to wonder if she can ever feel that kind of love again.

London Carlson met a girl in high school and fell in love. After moving away, she tried to find that kind of connection with other women, but it was never the same. London focused on her friendships instead, and with two of those friends, she decided to open a bakery that happened to be in the same city where that long-lost love lived now.

It was July 4, and Aria had just gotten back from Europe. She didn’t want to go to the annual fireworks display downtown, but her friends wouldn’t let her off the hook. Seeing the woman she’d only known as a teenager shook Aria to her core, and she couldn’t believe the girl she’d once thought to be the love of her young life was standing right in front of her. Now that they’re both adults, can they put their past behind them and search for what could still be possible?

The Fireworks by Nicole Pyland
Narrator: Carolyn Eve
Length: 8 hrs and 25 mins
Series: Holiday #3
Published by Self Published on June 24th 2022
Genres: LesFic/Sapphic Fiction
Format: Audiobook
Buy From Amazon
Buy from Audible
Also by this author: All The Love Songs, Always More, The Show Must Go On, The Writing on the Wall
Also in this series: The Writing on the Wall, The Block Party