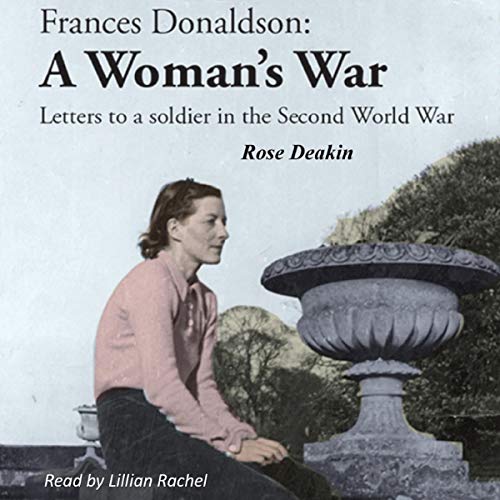 A Historical Look at a Strong Woman

I was trying to figure out what to write about this since I felt strongly about it but couldn’t put it into words.  That sent me over to a site and I saw this word, epistolary.  I didn’t know what it meant, so I looked it up and that is exactly what this story is.  It’s an epistolary tale – aka a story told through letters.

We meet a woman early on and we find out that her husband is shipped off to war leaving her at home with their two children.  She purchases a farm and begins the life of a farmer while her husband fights in the war.  It wasn’t an easy task and the book is full of stories related to the struggles that she had not only as a farmer, but as a mother, and as a wife away from her lover.

I thought that Deakin did a good job of collecting the stories and putting them together into a format that makes sense.  Unfortunately, sometimes translating a letter directly into audio doesn’t always work as the tone and meaning behind the words can be misrepresented or the formatting of the letter would lead to a different understanding.  That’s not to say that the audiobook wasn’t good or that the narration by Lillian Rachel was bad – not at all.  It was more along the lines that sometimes I wished I’d been reading her letters instead of being read to (and others I was super glad that it was on audio).

Overall, I thought that this would be a good story to read in a women’s studies class or even a “what happened at home during the war” class. I learned a lot about life at home and even more about jobs and lifestyles of the women whose husbands went off to war.

Rating this one was really hard for me, and honestly, on the blog, I won’t give it any stars since I’m unsure what it really deserves.  On review sites, I will probably give it 4 stars (as it was about a 3.75 from me or so).

This is the story of my mother, Frances Donaldson, a privileged young woman giving her all in wartime. With her soldier husband, Jack, far away and two young children to care for, she bought a farm in Warwickshire and determined to live off it. Could an emotionally fragile young mother survive the ordeal?

During six long years of war, she learned to farm, battling with the antagonism of the men she was trying to manage, vulnerable to the demands of the Ministry of Agriculture while coping with small children and no money. War was a test of relationships, character, and endurance.

A Woman's War tells how she conquered WWII. An emotional tale from riches to rags, from joy to sorrow, and, at the end of the war together again with Jack, rejoicing.

Frances Donaldson would not have called herself a feminist, but her strong character, independence, and determination make this almost a feminist tract, showing in detail how much a woman can achieve in difficult circumstances. She not only showed determination but took on physical tasks which most modern men would find difficult if not impossible.

One reviewer said: "For me, it was a page turner and set me out searching for more titles! I can think of no higher compliment.
I would suggest this book with enthusiasm to students of history, rural life and women "