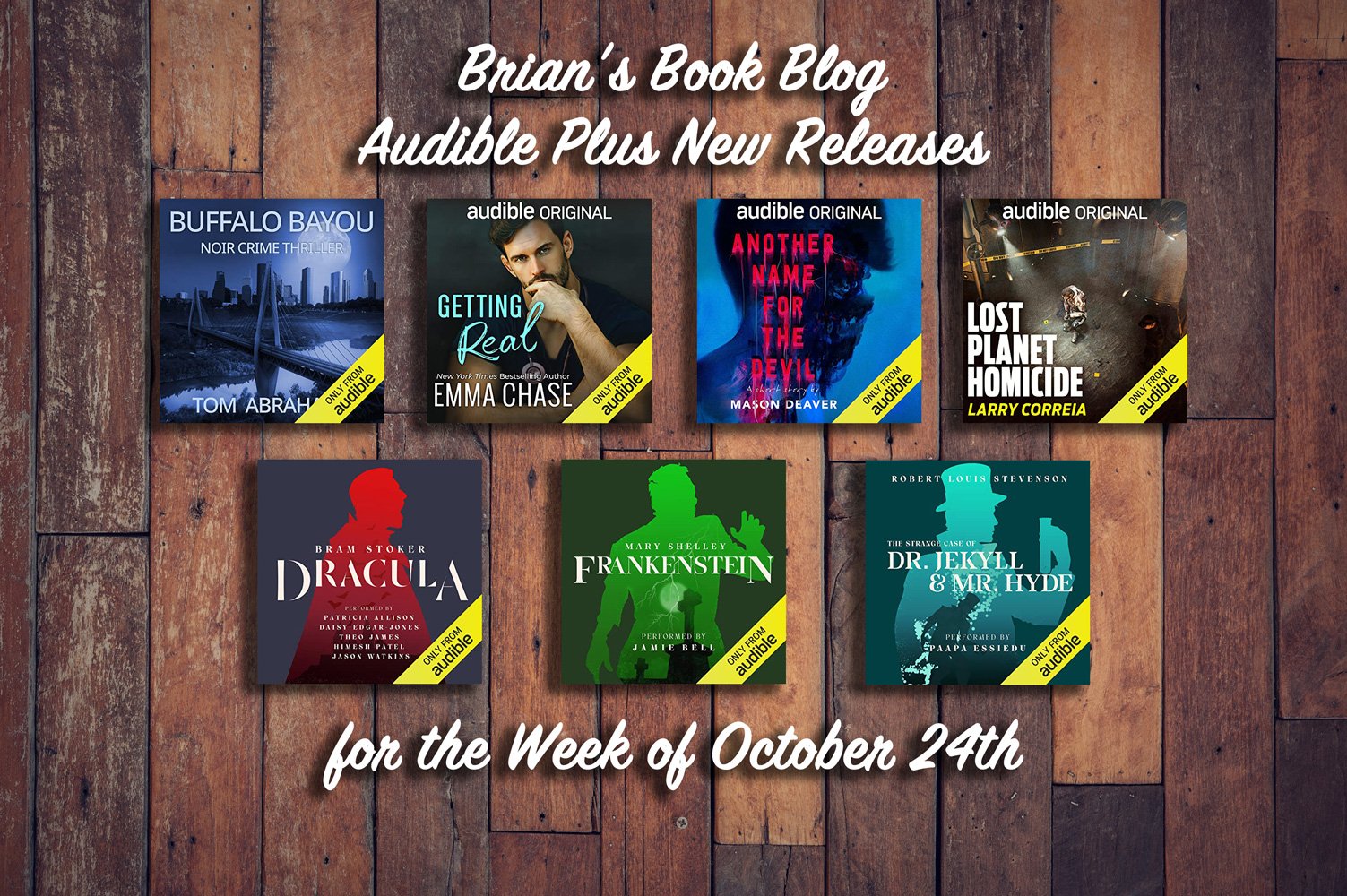 Welcome to Brian’s Book Blog’s weekly New ‘Free with Audible Plus’ Post for the Week of October 24th.

Check out our reviews of other Tom Abraham titles

Detective John Druitt is new to homicide. His first case is a young woman found in an urban bayou. He immediately sees clues that lead him places he doesn’t want to go. But his own demons may be the clue to solving the mystery of the woman’s death. And as the case widens, so do his new partner’s suspicions about his past and motivations. 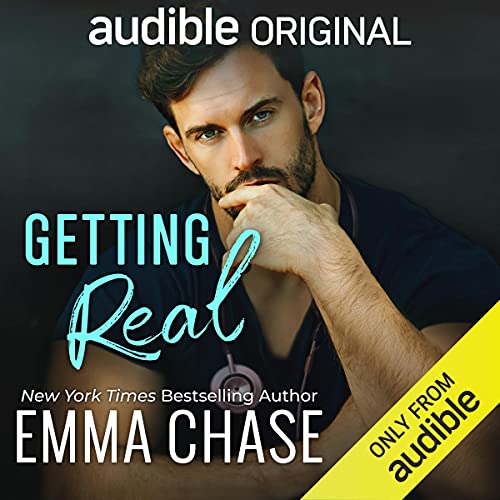 Connor Daniels never thought he’d be starting at dating square one again. His career as a successful doctor, and his three boys, are everything to him. It’s not exactly a setup conducive to a scorching love life – but he’s giving it a shot.

ER nurse Violet Robinson never intended for Connor to find out she’s had a crush on him forever. It was a dirty little secret only meant for her dirty dreams. Her heart trips every time he’s around – and so do her feet.

When Connor sees Violet coasting across the grocery store parking lot – and she falls on her face – he starts falling for the gorgeous young nurse right back.

Dating can be tricky. And life can be beautiful and crazy and unpredictable. But when it gets real, you discover what matters most…and the one person you want loving you through it all. 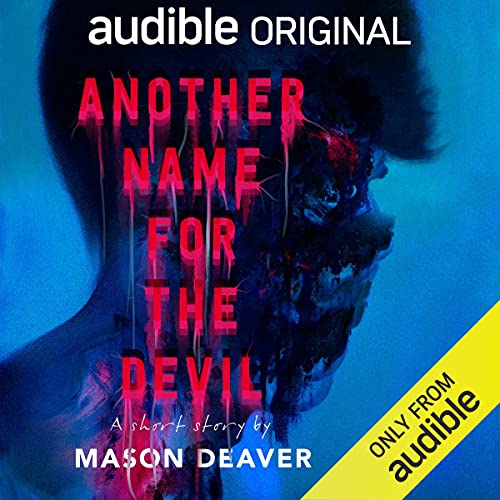 Gabriel has spent the last decade trying to forget his best friend, the first boy he ever loved: Jacob. Ripped away from each other in the midst of a family tragedy, Gabriel grieved for Jacob alone, surviving in their small religious town before finally breaking free to attend college, where they found new friends and relationships to pursue. To Gabriel, Jacob became a distant memory.

Until one fateful Halloween night, when the two are reunited, and Gabriel couldn’t be happier. Now, as adults, they can find the comfort and love that they desired in their adolescence. However, it doesn’t take long for Gabriel to realize that time apart has changed Jacob. The once confident and assured boy has grown into an isolated and obsessive adult. And the more Gabriel discovers about the man he loves, the clearer the danger becomes.

When Jacob reveals to Gabriel his life’s work—his studies into the occult, demonic practices, and his ultimate desire to summon and communicate with Paimon, a King of Hell—Gabriel finds himself dragged into a world that they never asked to be a part of. But the further Gabriel goes, the more they realize that the demonic king is not the true threat, and that evil has been beside them all along….

A twisted, supernatural thriller from the acclaimed and best-selling writer Mason Deaver about a love darkened by trauma and turned wicked by obsession. 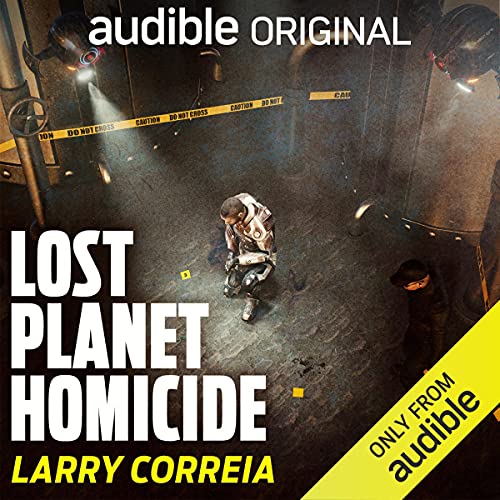 Check out our reviews of other titles narrated by Oliver Wyman.

A lost colony planet, a perplexing murder, and a dogged homicide cop in this Audible Original story from best-selling author Larry Correia.

When the biggest colony ship in human history was sent to settle a paradise world, an accident hurtled it deep into uncharted space. A thousand light years from Earth, with no way home and no way to call for help, the colonists’ only hope for survival was the one barely habitable planet in range, a nightmare world they named Croatoan. Landing on the only five mountain peaks tall enough to rise above the lethal acid clouds, the settlers carved a civilization from the rock.

A hundred years later, Five Points has grown into a city of corruption and violence. With powerful corporations ruling the surface domes and criminal syndicates running the caverns below, murder is just the cost of doing business.

So when a Special Magistrate is found dissolving in a protein vat, it barely registers – until DCI Lutero Cade, the last honest cop in Five Points, catches the case. What he finds could threaten the colony’s very existence.

Or, at the very least, Cade himself. 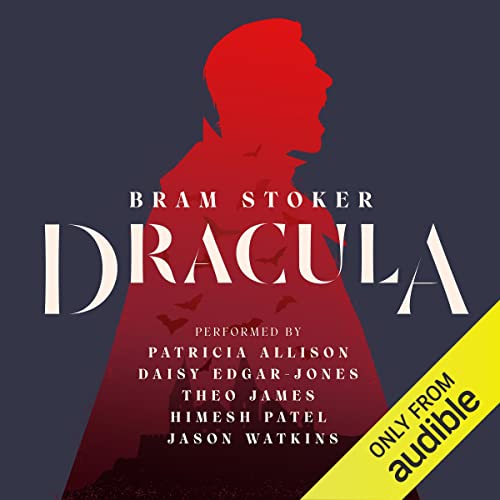 When Jonathan Harker visits Transylvania to help Count Dracula with the purchase of a house in London, he soon discovers some strange and shocking things about his new client. And then some strange things start happening back in England: an apparently unmanned ship is wrecked off the coast of Whitby, a young woman discovers strange puncture marks on her neck and the inmate of a lunatic asylum raves about the ‘Master’ and his imminent arrival.

First published in 1897, Dracula is an epistolary novel, meaning that the narrative is related through letters, diary entries and newspaper articles. The story is brought to life in this Audible production by a group of actors that you might recognise from TV and film: Himesh Patel (Yesterday), Patricia Allison (Sex Education), Daisy Edgar-Jones (Normal People), Theo James (Divergent series) and Jason Watkins (The Crown).

If you’re in the mood for more gothic classics, check out The Strange Case of Dr Jekyll and Mr Hyde performed by Pappa Essiedu and Frankenstein performed by Jamie Bell. 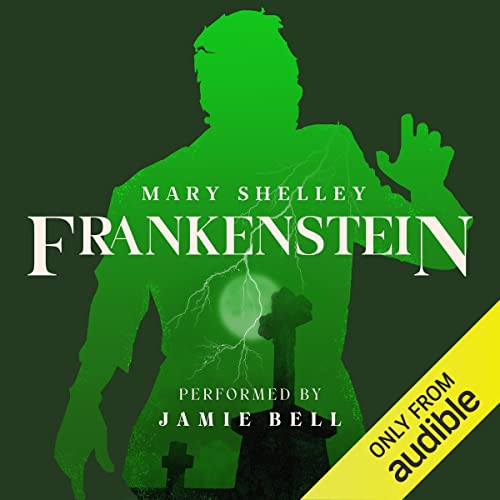 In trying to create life, the young student Victor Frankenstein unleashes forces beyond his control, setting into motion a long and tragic chain of events that brings Victor to the very brink of madness. How he tries to destroy his creation, as it destroys everything Victor loves, is a powerful story of love, friendship, scientific hubris and horror.

If you’re in the mood for more gothic classics, check out Dracula performed by Himesh Patel, Patricia Alilson, Daisy Edgar-Jones, Theo James and Jason Watkins and The Strange Case of Dr Jekyll and Mr Hyde performed by Paapa Essiedu. 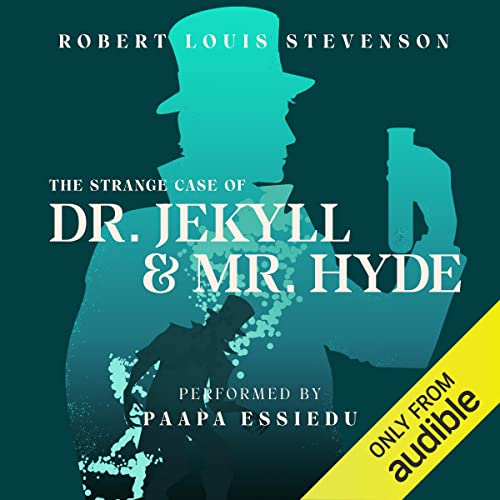 The Strange Case of Dr Jekyll and Mr Hyde was first published in 1866 and has gone on to become one of the most told Gothic stories of all time.

In this new recording, Paapa Essiedu breathes new life into the classic tale.

Its sensitive portrayal of man’s dual nature is moving, beautiful and terrifying in equal measure.