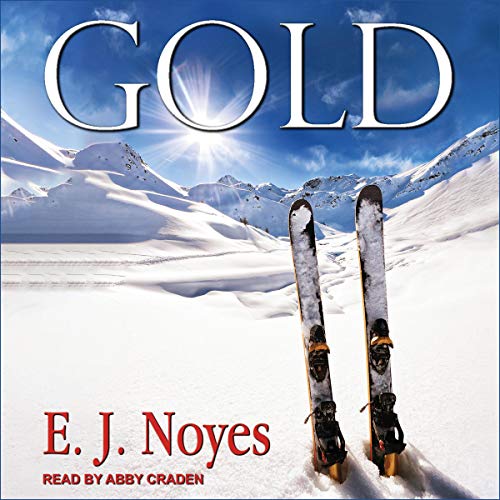 I Really Enjoyed This One

Gold was one of those stories I went into having a good idea of how it was going to turn out. While I was right in the main story portion of it, I was way off for the rest of it.

The story goes much deeper than the average romance book and really touches on some real and deep topics that people actually deal with. Once the story started to slip into these topics I was shocked but impressed. It’s not easy to talk about some of the stuff that’s covered, especially the main characters two major flaws (one that she’s dealt with and another that she hasn’t yet).

I really enjoyed this one and flew through it. I wanted to know how they were going to end up and how each character was going to grow (since it was set up that they both had issues, also super realistic).

Abby Craden did a nice job with the narration of the story as well. She was able to keep each character slightly different while also keeping the tone for each specific moment.  When Aspen would be sad, excited or confused the tone matched. It’s such a simple thing but it isn’t always done or done as well as Craden did in this audiobook.

Overall, a really enjoyable LesFic Romance story that had a lot of depth to it. One that I won’t forget for some time.

When you spend your life at the top, there’s only one direction you can go.

Pro alpine skier Aspen Archer’s downfall happened in the worst possible way – a career-ending crash on a gold medal run at the 2010 Vancouver Olympics. Aspen packed up her broken life, picked up her broken body, and now hides in comfortable obscurity at ski resorts around the world, coaching tourists and ignoring her problems.

Cate Tierney knows who Aspen Archer is, but the last place she expected to meet the former Olympian was during a ski trip to Australia. Hurt by a past relationship, and with a teenage daughter to protect, Cate’s initial reluctance is quickly overcome by her intense attraction. But with Cate’s vacation ending in a few short weeks and Aspen’s aversion to staying in one place, can their encounter be anything more than a fling?

When Cate discovers Aspen’s secrets, Aspen is forced to face everything she’d been trying to forget. And everything she’d forgotten she wanted. Aspen already knows the route from start to finish doesn’t always go as planned. Now she needs to figure out how to get herself back on course for good.

2 thoughts on “Gold by E.J. Noyes (Narrated by Abby Craden)”