Great Performance of a Classic Story

First and foremost I need to mention that I have lived under a rock and never read this story or seen the movies made about it. I don’t really know how, but I went almost 36 years without it. Now, going into it, I also only knew that it was about the 20s and that’s about it. I somehow avoided spoilers and the overall “vibe” of the story, too.

Knowing when it was written helps a lot of the issues I would normally call out in it. There’s rampant racism mentioned numerous times and a lot of classism, too. I wish I was shocked, but knowing that’s how people were, especially people like the ones features in the story were in the 20s makes it feel real. I’m glad that it wasn’t edited or gussied up for a new audience.

The second thing I noticed about this was the performance. I’ve listened to Mike Vendetti before as he’s narrated a lot of the books by Nick Thacker that I love. His voice fits the tone and feeling of this story. I’m glad that he brought in Kathy Verduin for the female parts because, while Mike has a great voice, it’s very deep and imagining him trying to do a female voice would probably take away from the story quite a bit. Add in a great performance by another great narrator Steven Jay Cohen, and you have a fantastic performance of a classic book.

Overall, the story isn’t new by any means, but this performance was. Not a full dramatization or anything, but a great way to listen to a classic story. I hope that people give this audiobook a chance because it deserves it.

Three professional narrators, Mike Vendetti, Kathy Verduin, and Stephen Jay Cohen, lend their voices to what is considered by many to be one of F. Scott Fitzgerald’s greatest novels, The Great Gatsby. Travel back with them to the Jazz Age, where the wealthy and entitled collide with pretenders and common citizens. Where “careless people smash up things and creatures and then retreat back into their money or their vast carelessness or whatever it is that keeps them together, and let other people clean up the mess they made”. 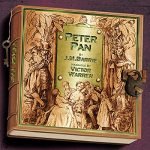