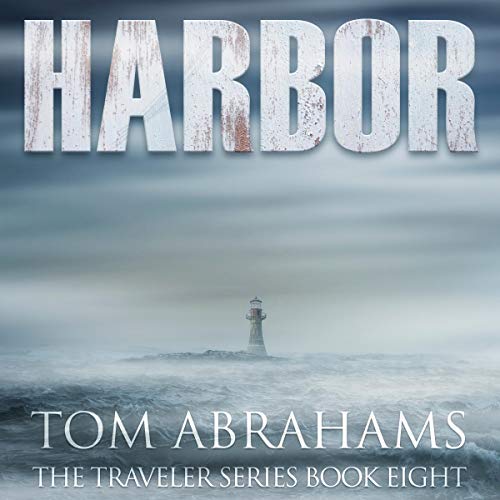 It’s hard to say goodbye to a series that you’ve read eight books of. It’s also hard to put into words what that series has meant to you. Sure, this review is just for the last book – but it’s also a combination of how all eight books have made me feel. I can’t believe that after Harbor – I won’t have any more Marcus Battle in my life (until I re-read the series since I miss it). I also can’t believe that this series introduced me to one of my favorite authors and also one of my favorite narrators. I’m definitely going to miss it.

The story itself was exactly what I wanted out of the ending. For the first almost two-thirds – you wouldn’t have known it was a “farewell” book. It wasn’t like the finale of some shows where you can feel the whole last episode pandering to the fact that it’s over and you’ll never hear from these characters again. It might have even been longer – I wasn’t sure that anyone was going to make it out alive until very late in the book.

I won’t go into what Abrahams wrote or how the book ended, but I needed to say that it was perfect. In my own head, I wrote the ended and he was able to write an even better one. The ending was so incredibly satisfying that it had me in tears.

Harbor itself (minus the fact that it’s also a finale book) was great. It was perfectly paced with the great characters you’ve gotten close with throughout the series. Battle and Lou were both great in it. The other surrounded characters all had their places and were a perfect fit for the story. Another one of those characters may or may not have a similar (or the same) last name as one specific blogger… No name-calling or anything, but that was a really awesome inclusion and this blogger may be completely honored to have been included in such an amazing series.

Overall, Harbor was not only a fantastic addition to the series but it was also a great farewell to these wonderful characters. I’m sad because it’s over but I’m happy to have read it. I’m not good at goodbye’s so… see you soon Battle.

No man is an island, but Marcus Battle is a man lost at sea.

In the final chapter of the Amazon best-selling The Traveler Series, reluctant hero Marcus Battle is tasked with helping his friends escape the reach of an oppressive government.

His team is undermanned and outgunned in its efforts to reach the mythical refuge called "The Harbor." But they are relentless in their pursuit of freedom and, at long last, peace.

Can Battle find all that has eluded him since a deadly plague took his family and left him alone?

Or will the sins of his past drown him in regret and leave him adrift for the rest of his days?