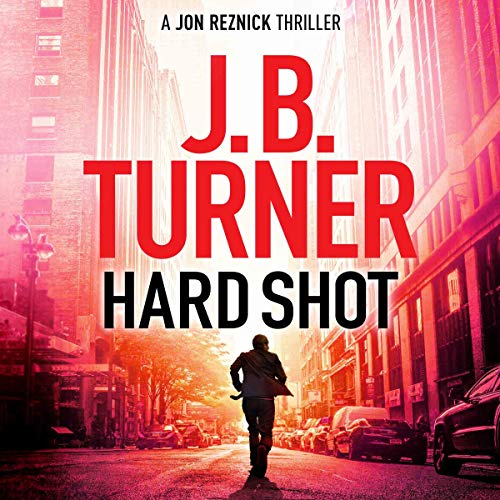 Protect New York at Any Cost

The thing about a J.B. Turner book that I love is that you know, going into it, that it’s going to be fast-paced.  Hard Shot was no different.  Taking the family drama and dilemma up a notch – Jon Reznick is thrown into another situation.  This time by happenstance, but he still dives into it head first to try and stop more senseless murders from happening.

Turner really turned up the dramatics when it came to the closeness of family.  We’ve had a few interesting and stories related to his daughter Lauren (one book was specifically related to a hit and run on her). He was able to tug at the heartstrings of any father with this one though – continuing to go back to Jon’s “is she safe?” mentality.

The actual event(s) that cause the action in this story were insanely well written.  They felt like they were torn out of the headlines and were something that I’m genuinely scared could happen.  Turner is able to write real-world situations into the books and make them believable in a way that I’m not used to in the Thriller genre.  The specific original attack would absolutely stun a nation (and specifically NYC).

Overall, this might be my favorite Turner book. I think it’s my favorite Reznick that I’ve read so far.  A bit different than the earlier books in this series, but a really nice change and morphing of the story line due to family circumstances and commitments.

When a group of homegrown attackers takes aim at cops outside a Fourth of July baseball game, black-ops specialist Jon Reznick and his daughter, Lauren, are caught in the crossfire. Jon hunts down two of the gunmen. But the last member of the group is at large and about to launch a fresh killing spree across the city. Cops are under fire, and Jon must stop this madman before more people are killed.

But Jon’s renegade tactics and vigilante justice are starting to ruffle some feathers, and his friends in high places might not be able to help him anymore. With leaks inside the FBI and resistance from the NYPD, Reznick doesn’t know whom to trust.

He knows one thing: he won’t watch the city he loves be torn apart, especially not with his daughter in the crosshairs. But can he get to her in time?