Here for the Drama by Kate Bromley (Narrated by Natalie Naudus) 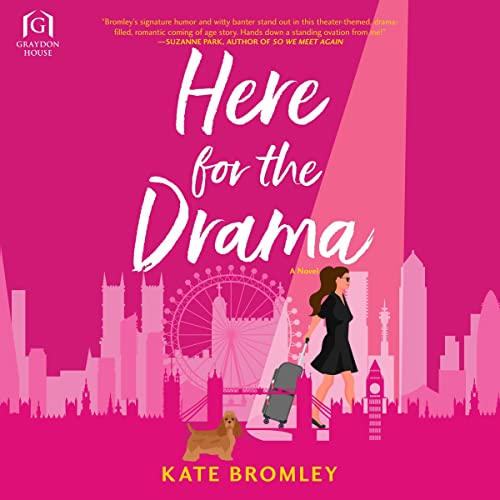 I Was There For The Drama

Going into Here for the Drama, it had two things going for it. One, I really enjoyed another Bromley book, Talk Bookish to Me. And two (which is a combo of one and two) – both of those books were narrated by a top-five narrator for me, Natalie Naudus. And even though I said two things… I see that puppy on the cover, so that was an instant sell for me.

Here for the Drama was beautifully written. Bromley wrote a book that I couldn’t put down. This one just flew by as the pages and time became a blur to me. Winnie was such an instantly likeable character that I fell for her right away. I knew from the opening of the book who the main love interest was going to be but even knowing that didn’t take away from the drama or the growth that Winnie (and those around her) went through.

I know that Juliette was meant to be one of her roadblocks and that her character was there to stunt her growth a bit, but as the book unfolded and her character became more apparent… I don’t want to spoil too much but for me personally, I understood her a lot more.

The ending of this one had me full-on sobbing. Each thing that happened in an almost parade of things just ramped up the tears until one point I had to take my glasses off for a few minutes to recover. Bromley did it again and I was along for the ride the whole way.

Here for the Drama was cute, funny, sweet, and full of messages that I think a lot of people could benefit from. Bromley was able to throw in some personal growth for almost every character and I think a lot of us are stuck in one of the ruts that she mentioned throughout.

It wouldn’t be the theater without a few theatrics…

Becoming a famous playwright is all Winnie ever dreamed about. For now, though, she’ll have to settle for assisting the celebrated, sharp-witted feminist playwright Juliette Brassard. When an experimental theater company in London, England, decides to stage Juliette’s most renowned play, The Lights of Trafalgar, Winnie and Juliette pack their bags and hop across the pond.

But the trip goes sideways faster than you can say “tea and crumpets.” Juliette stubbornly butts heads with the play’s director and Winnie is left stage-managing their relationship. Meanwhile, Winnie’s own work seems to have stalled, and though Juliette keeps promising to read it, she always has some vague reason why she can’t. Then, Juliette’s nephew, Liam, enters stage left. He’s handsome, he’s smart, he is devastatingly British…and his family ties to Juliette pose a serious problem, forcing Winnie to keep their burgeoning relationship on the down-low. What could go wrong?

Balancing a production seemingly headed for disaster, a secret romance and the sweetest, most rambunctious rescue dog, will Winnie save the play, make her own dreams come true and find love along the way—or will the slings and arrows of outrageous fortune get the best of her?

Here For The Drama by Kate Bromley
Narrator: Natalie Naudus
Length: 9 hrs and 14 mins
Published by Harlequin Audio on June 21st 2022
Genres: RomCom
Format: Audiobook
Buy from Audible
Also by this author: Talk Bookish To Me


I saw these on Amazon and I had to share them here: 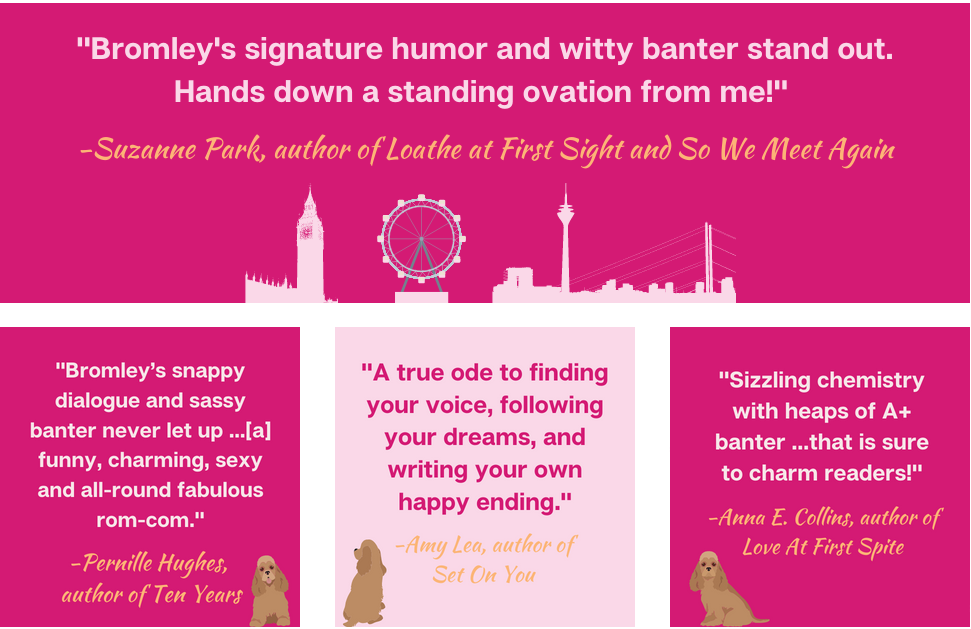 Kiss My Putt (Summersweet Island #1) by

Talk Bookish To Me by Kate Bromley (Narr