I jumped right into this book and didn’t even glance at what the first two books were about. The cover drew me in and the synopsis sold it for me. I knew I had to know what was going to happen in this one. That, coupled with a dual narration with Jeffrey Kafer and Peter Berkrot, yes please.

High Treason has a ton of action in it. The last few hours of it felt like it never stopped. The spaces between that action were filled with great character building and a story that was completely believable. Scary believable if I’m being honest. McFate was able to write a story that, even in these trying times, felt like it was ripped from the headlines (hello something crazy happening every month in 2020 so far).

As I mentioned above, this was my first Tom Locke book. I think that McFate did a good job writing who and why he was the way he was. Locke is one of those characters that every good action thriller needs. And he was exactly what this story needed. The way that McFate went deep into his psyche and even changed him a bit by the end of it was a fun arc to follow.

I particularly liked that the story seemed to be focused a lot on revenge (from both points of view) and vengeance. I know a lot of these stories have that, but this one felt raw and visceral. It really added to the grunge and overall feeling of this story.

Overall, a really enjoyable action thriller that didn’t disappoint. One that at times felt predictable but more than that it was enjoyable.

In this pulse-pounding third action thriller perfect for fans of Brad Thor and David Baldacci, Tom Locke must stop dark forces working to overthrow the president

En route to the National Prayer Breakfast, the US vice president’s motorcade is hit in a vicious, expertly planned attack that throws Washington, DC, into chaos. Everyone assumes it’s terrorists – everyone but young FBI agent Jennifer Lin. She is certain that the easy answers here are not the likely ones….

Half a world away, former military contractor Tom Locke has his own doubts about what happened – and who did it. He suspects his former employer, Apollo Outcomes. But why would the global private military corporation orchestrate such a brutal strike on US soil?

Returning to DC, Locke teams with Lin and discovers that a civil war is secretly brewing in the military-contracting world. A division of one company has gone rogue, led by a power-hungry former colleague of Locke’s who may have planned the attack on the vice president himself. But this man couldn’t have pulled it off without help from inside the government. The VP’s itinerary and route were confidential – which means there must be a traitor high up in either the White House or the NSA who is leaking information.

But why? And who could be pulling the strings? Radical Islamic terrorists? Or is this a new ploy by Putin to subvert American leadership? Or is someone else behind the attack? Only Locke can get to the bottom of the conspiracy – and blow it apart with one bold strike before it’s too late. 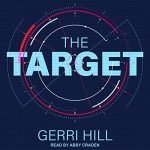 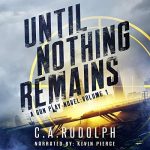 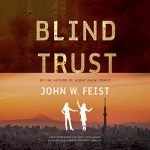