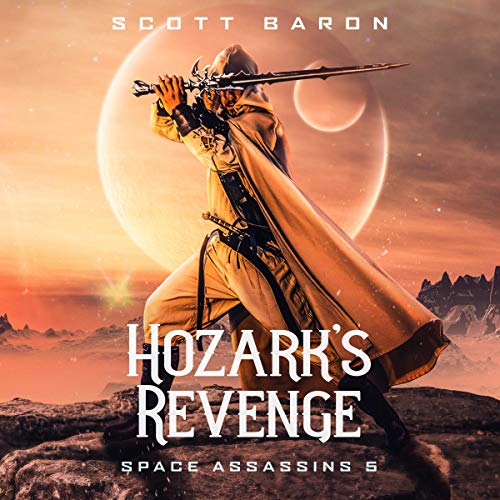 Wrapped It Up Nicely

There’s always something satisfying about finishing a series, well there is when you have an author as good as Scott Baron writing it. He’s able to tie things up in a nice way without making it feel completely over. Of course, this isn’t the first, or even second story that’s taken place in this world – so you can tell that Baron knows that he built a great world that is easy to expand on. But, in Hozark’s Revenge you get that nice ribbon on top of the story finish without feeling like you may never see the world again. I don’t know if he has any plans on writing more in this world, but he definitely could.

It’s really difficult to write a review of a book 5 in a series without spoiling anything, but I’m going to try. Just like the other books in this series, Hozark’s Revenge continues the story and adds to it. The world building is still here and the character building is obviously in play – even five books deep. Baron is able to continue the story in an interesting and unique way without making it feel old and tired, or even worse, repetitive.

In a finale book, lots of things jump out at you as you read it, especially because in a Baron series – there are a lot of loose ends being tied up. Because of that, there wasn’t a single or easy to point to “when this happened” to write about, just know that if you’ve read this series up until now, you’ll be extremely satisfied with how Baron wraps things up.

Overall, another great story in this series and in this universe. Baron did it again, and I can’t wait to see what he has planned next.

Revenge. Hot or cold, it was about to be served by a professional.
And this one had a bone to pick.

Hozark may have survived countless attempts on not only his own life, but those of his friends and colleagues, but it had come at a cost. And while he may have miraculously walked away from certain death on more than one occasion, the master assassin was not one to forget. And sooner or later, everyone’s time would come.