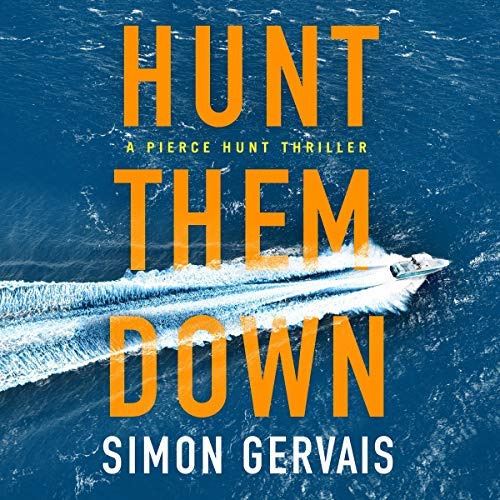 Gervais was able to write a character that felt familiar but also brand new.  His familiarity extends a bit into the story (especially since it’s a very similar story to then Taken series). But that’s where the comparisons will end.  Hunt’s character was flawed and raw. He was an open wound that’s screaming at you to take care of it, but instead you just pour water on it hoping you can move on.

We learn of his past wrongdoings and his past rights while the story progresses.  Gervais doesn’t try and do a character dump at the beginning making us read through Hunt’s bio.  Instead choosing to reveal it little by little. Similar to how Hunt would reveal it if you were getting close to him.

What is evident in Hunt Them Down is a father’s never-ending battle to make up for lost time and avenge some inner demons in the process. I loved reading this book and I couldn’t wait for my daily drives to and from work so I could listen to it more.

One of the best things in my opinion is that there should be more than one book in the series.  Gervais leaves it open enough (and the book has Pierce Hunt #1 listed on it’s listings). I just hope that they get Bon Shaw to narrate them – he does a phenomenal job as usual.

The dark world he’s been fighting against has caught up with him. Will his daughter pay the price?

Former Army Ranger Pierce Hunt is no stranger to violence. Fresh off a six-month suspension, he’s itching to hit a notorious Mexican drug cartel where it hurts, even if that means protecting crime boss Vicente Garcia, a witness in the case against sadistic cartel leader Valentina Mieles. But things spiral out of control when the cartel murders Garcia and kidnaps his granddaughter and an innocent bystander, Hunt’s own teenage daughter.

Mieles wants the new head of the Garcia family on a plate—literally. Hunt has seventy-two hours to deliver, or Mieles will execute the girls live on social media. With the clock ticking, Hunt goes off the grid and teams up with Garcia’s daughter, a former lover and current enemy. To save the girls, Hunt will have to become a man he swore he’d never be again: an avenging killer without limits or mercy.