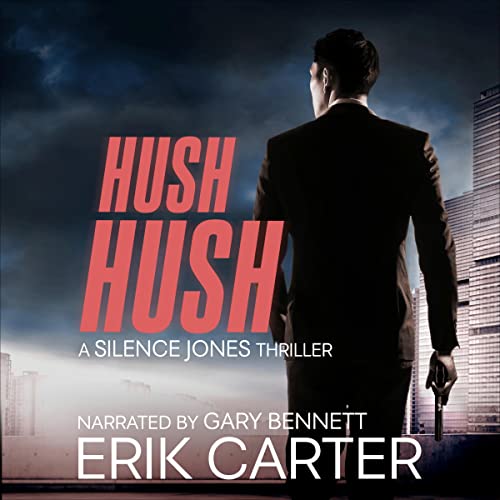 Silence Fights For Another Great Cause

I was so excited to start this one. Especially having just finished reading the other two books in the series – I knew what I was getting into, I just didn’t know exactly how things were going to play out. Hush Hush was another one of those books that absolutely flew by. Now that I know who Silence is – I was able to jump into this one head-first and fully enjoy who he was and how he operates.

I think some of the scenes in Hush Hush were funny to me because of the way people reacted. I can imagine reacting the same way (though hopefully, I would be on the good side and not the one he’s fighting). I love the fear that the bad guys end up having once they realize that he’s real and not just some myth that the criminal underground had running around. A scene that really spoke to how good Silence is was the scene in the parking garage, specifically towards the end of the scene when he makes eye contact with the person that’s been tailing him. That person went from being super confident in their ways to scared in an instant.

Hush Hush was a really good story on top of the rest of it. Silence had to help someone that might not have even deserved help, but he works for the victim, not the family around them. I found the scenes where he was torn because of personal reasons and because of the way certain people reacted around him the most fascinating parts of this story. It shows his human side and proves that he’s not a vendetta/killing machine just yet.

This one was shorter than the first book but it did not feel like it. Other than I felt like I was able to finish it a little faster – the story was there, and I wasn’t left feeling like I was missing details or even that it should have been longer. It was the perfect length to tell this specific story.

Add in the excellent narration by Gary Bennett and you have a book that jumped off of the pages. Bennett is able to become Silence and the few words that he does speak in his scary voice are perfect. I think if he went for the actual tone/sound that Silence makes – it would be too much for an audiobook. I think he struck the perfect balance of sounding like the character and being able to listen/understand in audiobook form. Not a lot of narrators can strike that balance but Bennett nails it.

Some secrets fight to stay hidden.

When a newlywed woman vanishes in an alligator-infested swamp, vigilante assassin Silence Jones knows someone needs to be eliminated – he just can’t determine who that person is.

He soon discovers that the missing bride had been investigating a shadowy group, one whose power has gone unchallenged for decades. As Silence scrambles to piece together the fragments of the woman’s unfinished work, he unearths a scheme more twisted than he could have possibly imagined.

To figure out who needs a bullet between the eyes, Silence must root out a dark subculture that has infected a city for years – and take on a villain who’s willing to destroy countless lives to cover his tracks.

The next stand-alone action thriller in the pulse-pounding new series. Enter the world of Silence Jones. Hold on tight….