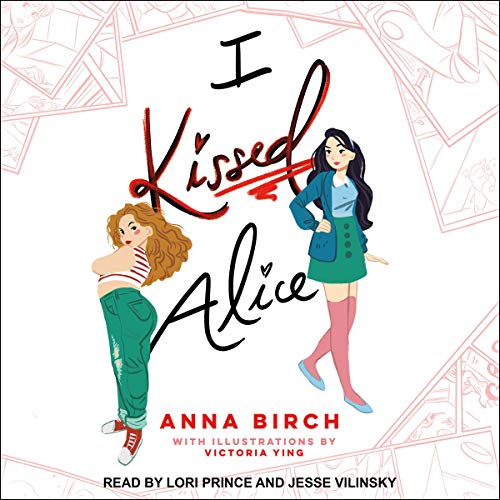 I went into this one without a ton of detail and it didn’t really change the way I read the story. I got about 1/3 into it and realized it was likely going to be an enemies to lovers story and from there I didn’t need much more. The way that Birch wrote each character and the flipping back and forth between them really added to this story. Each girl had their own points of view and their own feelings about the situation and it was interesting to follow along as things continued to happen.

I really enjoyed how the story was written and definitely found myself invested in each character. I couldn’t wait for it to end and as the story progressed into the final stages I found myself saying out loud “how the heck is it going to happen!?” and “seriously? Just say it!” I was completely enamored by their story and their combined history that I wanted to see what they would be like together.

Overall, I Kissed Alice was a really enjoyable read that I flew through. One that goes through the different facets of being a smart, driven, and creative woman and how other woman that are the same are around you.

Rhodes and Iliana couldn’t be more different, but that’s not why they hate each other.

Rhodes, a gifted artist, has always excelled at Alabama’s Conservatory of the Arts (until she’s hit with a secret bout of creator’s block), while Iliana, a transfer student, tries to outshine everyone with her intense, competitive work ethic. Since only one of them can get the coveted Capstone scholarship, the competition between them is fierce.

They both escape the pressure on a fanfic site where they are unknowingly collaborating on a webcomic. And despite being worst enemies in real life, their anonymous online identities I-Kissed-Alice and Curious-in-Cheshire are starting to like each other…a lot. When the truth comes out, will they destroy each other’s future?

Kiss My Putt (Summersweet Island #1) by