I Remember You by Brian Freeman (Narrated by Carlotta Brentan) 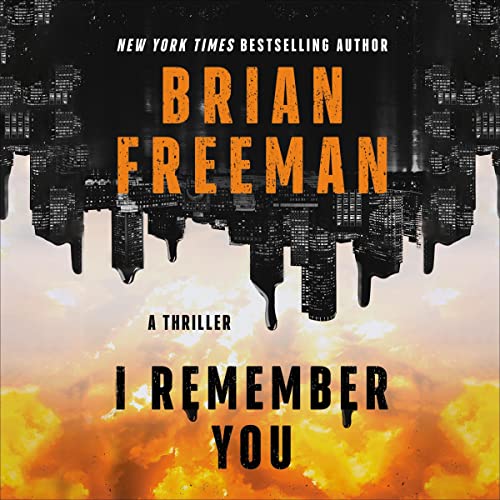 Suspenseful To The Bitter End

Brian Freeman is one of those authors I know I have to jump on when I see a new book release from them. I Remember You popped up on my new and notable the other day, and I was psyched to get an opportunity to review it. Having enjoyed every other book I’ve read from Freeman, I knew I was in for a treat.

Little did I know just what sort of treat it would be. The storytelling and suspense Freeman could keep up throughout “I Remember You” was shocking. At one point, I remember saying out loud to no one in particular, “he gave away the ending, now how is it going to end” around one of the reveals. That just meant that the ending was going to be even more shocking (IMO, it was).

Hallie was an interesting and unique character. I felt like as I was reading it, I was learning along with her who she was. I think that discovery along the way ramped the suspense in this one up to an 11 out of 10. She spends much of the book talking about her mother and what happened (and how she can’t remember what happened). Her mother’s mental illness and her fear of having a similar or the exact same thing. And at times, when Hallie is convinced she’s crazy, I am convinced as well. Just an absolute barnburner of a book from Freeman here.

If you made it this far and expect me to be like, “but… this was wrong”, there probably were some parts here and there, but the overall feel of this book got me. I thought the opening was a little slow, but that was me and where my mind was when I started it, not the book’s fault.

On the Fourth of July, Hallie Evers dies at a rooftop party in Las Vegas.

Hours later, she wakes up in the hospital, disoriented but alive. Why can’t she find the doctor who revived her? Why does her head feel crowded and loud? Why do her memories feel both foreign and familiar? Her self-doubt spirals into crippling paranoia.

Hallie knows that mental illness runs in her family—her mother suffered from delusions that led to an early death. But now even Hallie’s dreams are fraught with details that seem like more than imagination—vivid images of a city she remembers but has never visited in her life. As she embarks on a cross-country search for answers, Hallie catches glimpses of what feel like another person’s memories. It’s a dark, horrifying, tragic vision…of someone else’s murder.

But is any of it real?