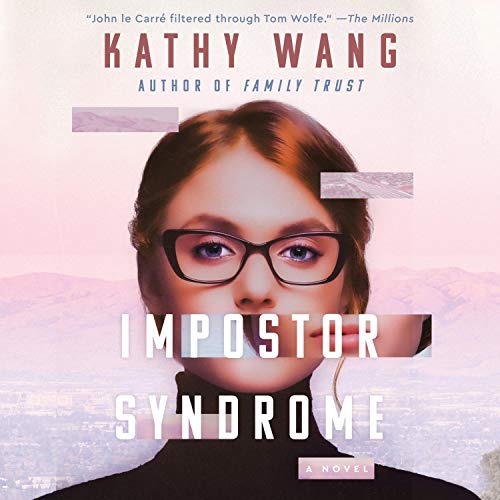 Absolutely Enjoyed From Beginning to End

I’ve had my eye on this one for a while. I ended up getting the audiobook AND the Book of the Month hardcover of it in hopes that I would like it. Thankfully, I made a good decision because I really enjoyed Imposter Syndrome.

I’ve never read anything from Kathy Wang before, but that’s likely going to change after this. I enjoyed the way that the story jumped around, even though it was a bit confusing at times. I think it was done on purpose. Not necessarily to confuse me or a reader or anything, but just to make sure that you never got too comfortable in one place. Similar to how Julia felt (even though she’d been in the same place for quite some time during the story).

Julia as a character was fascinating. She was fighting a ton of battles including some within herself and others with ideals and different things. I also liked the inside look into what it is likely like being a high powered female, especially at a tech firm. And now that I think of it, Alice as a character was also fascinating. They had similar battles but on completely different levels. Wang did a great job writing from different points of view while keeping the story really tight and interesting.

Honestly, the greatest compliment I could give this book was that it reminded me of Eliot Peper’s novels. Peper is able to create these realistic worlds where some part of technology is used improper or in a way that the creators couldn’t think of. Where, in Imposter Syndrome, Wang wrote a very similar, but it was a known issue and it was used in a completely different way (trying not to spoil anything).

Overall, Imposter Syndrome will live in my memory for a while. It’s a great book that I really enjoyed from beginning to end.

In 2006, Julia Lerner is living in Moscow, a recent university graduate in computer science, when she’s recruited by Russia’s largest intelligence agency. By 2018, she’s in Silicon Valley as COO of Tangerine, one of America’s most famous technology companies. In between her executive management (make offers to promising start-ups, crush them and copy their features if they refuse); self promotion (check out her latest op-ed in the WSJ, on Work/Life Balance 2.0); and work in gender equality (transfer the most annoying females from her team), she funnels intelligence back to the motherland. But now Russia’s asking for more, and Julia’s getting nervous.

Alice Lu is a first generation Chinese American whose parents are delighted she’s working at Tangerine (such a successful company!). Too bad she’s slogging away in the lower echelons, recently dumped, and now sharing her expensive two-bedroom apartment with her cousin Cheri, a perennial “founder’s girlfriend”. One afternoon, while performing a server check, Alice discovers some unusual activity, and now she’s burdened with two powerful but distressing suspicions: Tangerine’s privacy settings aren’t as rigorous as the company claims they are, and the person abusing this loophole might be Julia Lerner herself.

The closer Alice gets to Julia, the more Julia questions her own loyalties. Russia may have placed her in the Valley, but she’s the one who built her career; isn’t she entitled to protect the lifestyle she’s earned? Part enthralling cat-and-mouse chase, part sharp and hilarious satire, Impostor Syndrome is a shrewdly observed examination of women in tech, Silicon Valley hubris, and the rarely fulfilled but ever-attractive promise of the American Dream.

Code of War by Tom Shepherd