Audiobook: Into the Drowning Deep by Mira Grant (Narrated by Christine Lakin) 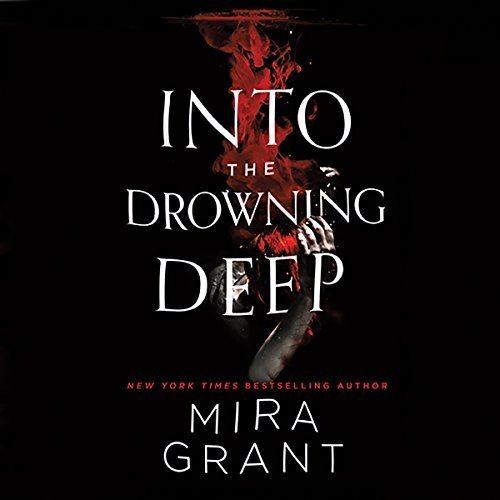 These Mermaids Will Give You Goosebumps

It’s no secret that I’m a huge Mira Grant fan. It all started with my husband saying “look, I know it’s about zombies, but you have to read this book,” as he passed me his copy of Feed. Not previously having much of an interest in books about zombies, I rolled my eyes, took the book, and dug right in. I was immediately converted and completely hooked. If you haven’t checked out the Newsflesh series yet, take my word for it–you’re going to love it. Having recently finished Grant’s novella, Coming to You Live, I was looking for something that would have a similar pull, a book I just didn’t want to put down.

I saw Into the Drowning Deep and thought, “mermaids?” Queue the eye roll. I’m not sure why I hesitated, if Mira can draw me in and make me interested and invested in a world involving zombies surely I can buy into mermaids, right? Right, absolutely right. The publisher’s summary begins by saying “the ocean is home to many myths…” and this may be part of the allure, part of why, despite my best judgment and most logical reasoning, I started to think, “perhaps mermaids could be real.” Grant makes them real.

Into the Drowning Deep begins with a brief recap of the events surrounding the “disappearance” of those on the doomed Atargatis. We learn that this vessel was found at sea and all aboard were presumed dead…but no bodies were ever recovered. Victoria (Tory) Stewart’s sister was a tv personality on the Atargatis and Tory, a young scientist, is determined to find out what really happened. Into the Drowning Deep follows, Tory (Victoria Stewart), her research partner Luis, and a team of elite experts including large game hunters, linguists, marine biologists, a journalist, and a cameraman as they embark on a similar journey, traveling to the Mariana Trench to determine if mermaids are real, once and for all. I can’t share too much more plot-wise without giving away too many spoilers but I’ll say this: Into the Drowning Deep will hold your interest and have you biting your nails.

The eclectic group of characters are well developed and many are very likable–those who aren’t (I’m pointing to you Jacques and Michi Abney)– may even grow on you. Ms. Larkin’s narration brings each character to life, giving them each a distinct voice and personality, and a kind of dimension I don’t think I would have experienced if I had read a physical book. Her narration is paired perfectly with Grants writing–her speed variations and emotional inflections combine with Grant’s foreshadowing and character development to create a sense of urgency, convey fear and discomfort, and spark curiosity.

Like the Newsflesh series, Into the Drowning Deep is immersive. Grant paints such a clear picture of the world in which her story is set that you’ll feel like you’re in it. From her description of the ship and her explanation of the Minnow (piloted by one of the Wilson sisters) to the discussion of the depth and darkness of the sea–the imagery is masterful. Close your eyes and picture a mermaid in your mind. The mermaid you’re seeing right now is not the mermaid Grant will conjure for you. Her mermaids will give you the goosebumps. New York Times best-selling author Mira Grant, author of the renowned Newsflesh series, returns with a novel that takes us to a new world of ancient mysteries and mythological dangers come to life.

The ocean is home to many myths,

Seven years ago the Atargatis set off on a voyage to the Mariana Trench to film a mockumentary bringing to life ancient sea creatures of legend. It was lost at sea with all hands. Some have called it a hoax; others have called it a tragedy.

Now a new crew has been assembled. But this time they're not out to entertain. Some seek to validate their life's work. Some seek the greatest hunt of all. Some seek the truth. But for the ambitious young scientist Victoria Stewart, this is a voyage to uncover the fate of the sister she lost.

Whatever the truth may be, it will be found only below the waves.

But the secrets of the deep come with a price.

Also by this author: All the Pretty Little Horses, Coming To You Live, , Kingdom of Needle and Bone 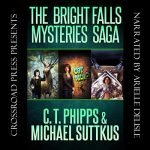 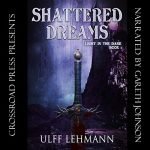 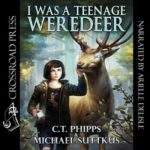 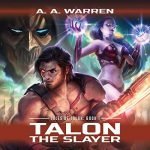 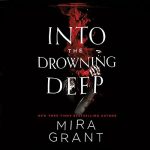 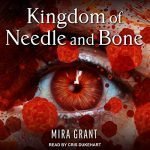 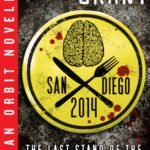