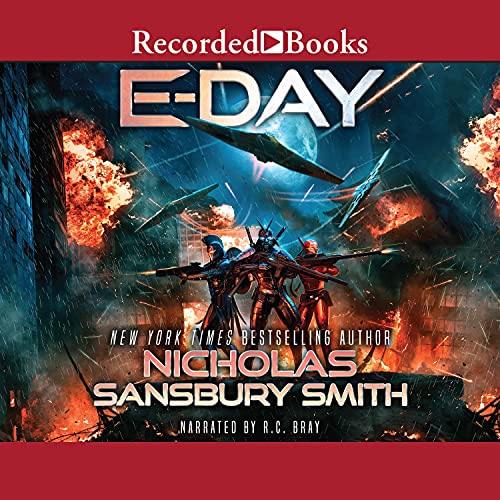 The most advanced soldiers in human history are about to become obsolete.

Engines. Genetically modified warriors that keep the great Nova Alliance war machine churning against the enemy Coalition. Most days, Engines are all that stand between salvation and chaos. Led by legendary Engine, Captain Akira Hayashi, Shadow Squad has fought on the frontlines for a decade. They are on the brink of victory when the Coalition launches a series of desperate and devastating attacks that cripple the Nova Alliance restoration sites vital to save the dying planet.

As the sites burn and Earth’s hope of salvation fades, Shadow Squad is equipped with neural implants to connect them to Apeiron, the first hybrid-human-AI entity. She is coded for what Captain Hayashi believes is an impossible task – peace. But war isn’t the only threat to the Earth. Apeiron has uncovered a deadly secret with implications that could end all life. This rapidly approaching threat can be stopped only if humanity bands together on what will become known as E-Day, a pivotal moment that will determine the evolution – or the extinction – of the entire human race. 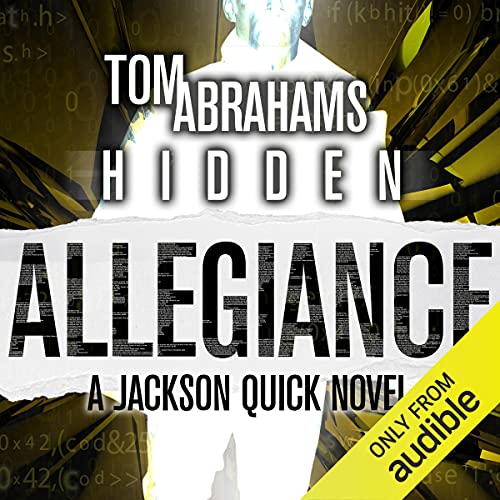 Jackson Quick thought he destroyed the secret formula that could lead to nuclear war. He was wrong.

Jackson thought he understood his own past. He was wrong about that too.

To get the answers he desperately seeks about who he really is, he embarks on one final mission to find the lone remaining copy of a powerful, earth-changing formula and hand it over to the man he despises most.

Somehow he must find his way to the formula – and deliver it without losing control. But as Jackson learns along the way, he’s never been in control. His life, from the day he was born, was a conspiracy against him. 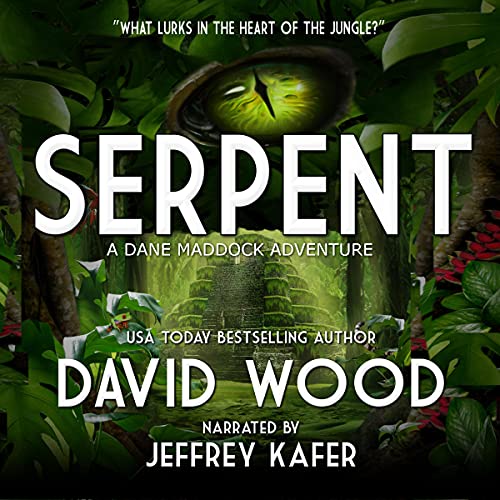 Reviews of other books in this series
David Wood Reviews

What lurks in the heart of the jungle?

High in the Andes, Dane Maddock and Bones Bonebrake discover a secret prison cell where a Spanish explorer lived out his final days. The words carved into the wall seem like the ravings of a madman, but they are the key that opens the door to an ancient mystery.

Hidden somewhere in the depths of the Peruvian Amazon is the Inca’s lost City of the Serpent, the gateway to the underworld. Boundless treasure and unimaginable power lie in wait for those who are clever enough to follow the clues left by the mysterious Cloud People. But Maddock and Bones are not the only ones searching for the city, and to get there, they must brave the perils of the jungle and the deadly guardians of the underworld as they come face to face with the giant serpent of the Amazon. 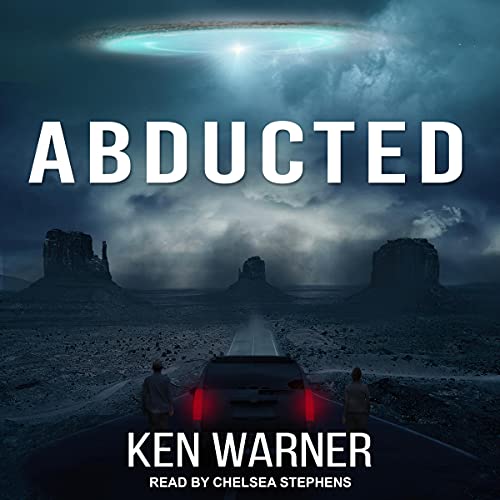 They’re coming for us….

The arrival of the Malor spacecraft proved, once and for all, that humanity is not alone in the universe…the path of destruction it left behind showed that aliens are not always friendly. Remaining on Earth, Sydney and Brian must now face the aftermath of the Malor invasion.

When a mysterious stranger shows up on Sydney’s doorstep in the middle of the night, she’s drawn into an urgent mystery: There has been a massive increase in alien abductions around the globe, despite the breakdown of Malor technology – and someone powerful is trying to keep it quiet. It falls to Sydney and Brian to figure out who’s behind it all, and why. In the end, Sydney makes a shocking discovery that will forever alter the course of humanity’s destiny. 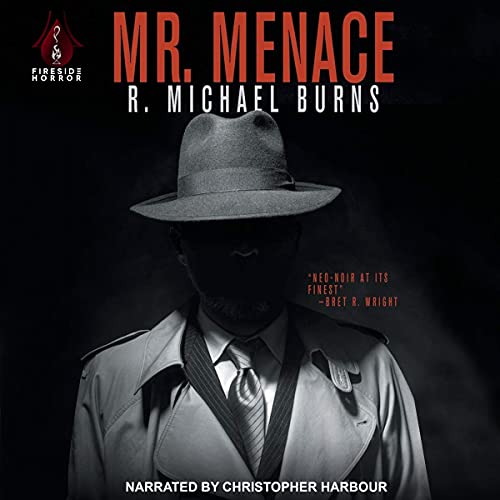 A criminal underworld. A gorgeous dame. A crime boss dealing in immortal souls. Mr. Menace is a supernatural noir experience you won’t forget.

When a wealthy and gorgeous woman asks PI Frank Orpheus to find her missing identity, he just can’t say no – even if the case leads him into a criminal underworld more horrific than anything he ever imagined.

Private detective Frank Orpheus, searching for a mysterious woman’s missing identity, finds himself entangled in a web of underworld characters far nastier than any he’s ever met, all of them puppets of a crime boss known only as Mr. Menace, a dark figure who traffics not just in drugs and booze, but – possibly – in souls.

“Mr. Menace is a masterpiece of atmosphere and suspense that will leave readers second-guessing their own realities.” (Bret R. Wright, author of the Nate Jepson mystery series) 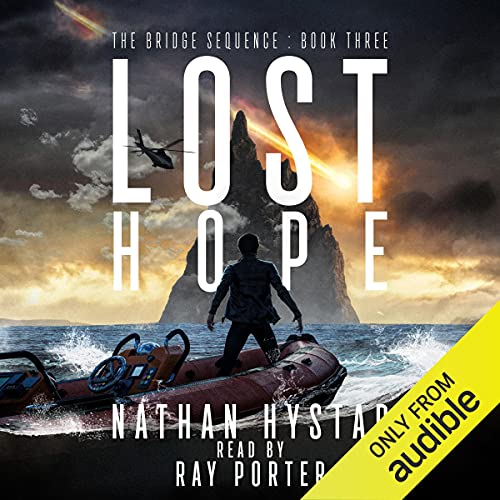 Rex Walker used the second Bridge, and what he discovered will forever change humanity. Under the duress of Earth’s destruction, he finds a way home, and he’s not coming alone.

The Believers are fervent, hell-bent on guiding the incoming ships to fulfill their destiny, and the cult’s wide-spanning reach quickly becomes evident. Politicians, renowned corporate leaders, and countless others take to the field in collusion with their secretive collaborators.

Rex and Dirk are forced to make a decision that will alter Earth’s fate. One choice will result in their destruction, the other to redemption, but from their vantage point, the lines are blurred. 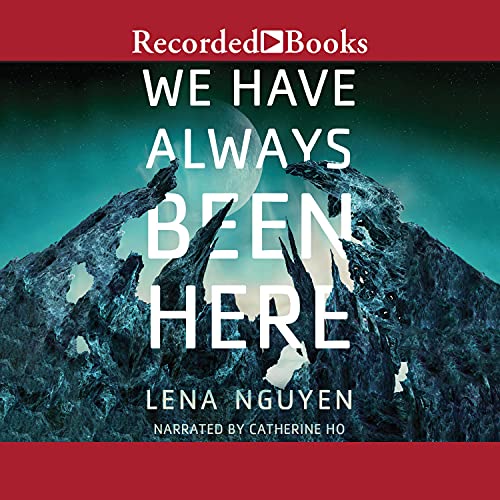 This psychological sci-fi thriller from a debut author follows one doctor who must discover the source of her crew’s madness…or risk succumbing to it herself.

Misanthropic psychologist Dr. Grace Park is placed on the Deucalion, a survey ship headed to an icy planet in an unexplored galaxy. Her purpose is to observe the thirteen human crew members aboard the ship – all specialists in their own fields – as they assess the colonization potential of the planet, Eos. But frictions develop as Park befriends the androids of the ship, preferring their company over the baffling complexity of humans, while the rest of the crew treats them with suspicion and even outright hostility.

Shortly after landing, the crew finds themselves trapped on the ship by a radiation storm, with no means of communication or escape until it passes – and that’s when things begin to fall apart. Park’s patients are falling prey to waking nightmares of helpless, tongueless insanity. The androids are behaving strangely. There are no windows aboard the ship. Paranoia is closing in, and soon Park is forced to confront the fact that nothing – neither her crew, nor their mission, nor the mysterious Eos itself – is as it seems. 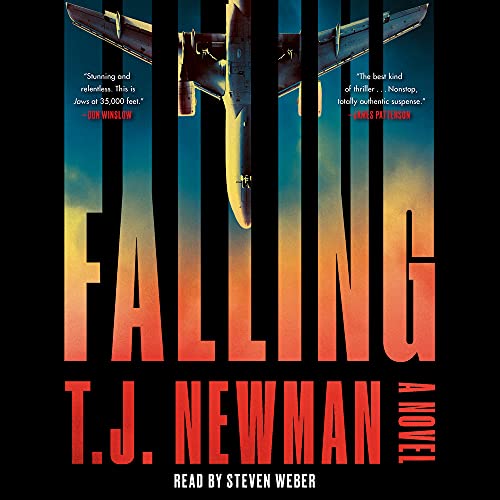 You just boarded a flight to New York.

There are 143 other passengers onboard.

What you don’t know is that 30 minutes before the flight, your pilot’s family was kidnapped. For his family to live, everyone on your plane must die.

The only way the family will survive is if the pilot follows his orders and crashes the plane. 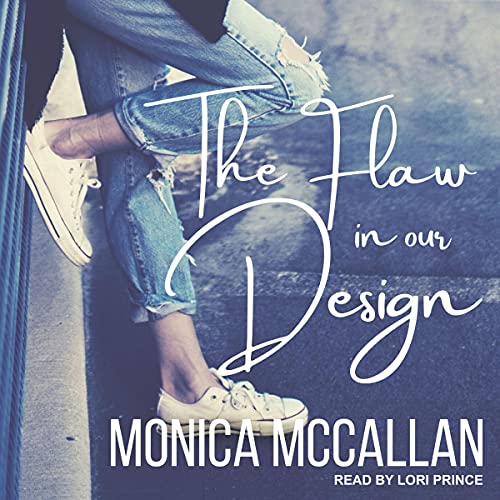 Olivia Carver’s life in Lake Cabot, New York, is simple. That’s how she likes it, even if she can’t stop the town she loves from being overrun by wealthy tourists each summer. When she’s not working at her family’s paddleboard shop or spending time with her lovable but infuriating brothers, she puts her energy into writing professionally, a dream that has yet to materialize.

Valerie Maycomb used to summer in Lake Cabot with her family when she was younger, until school and planning for her future became the driving forces in her existence. For the first time in years, following her college graduation, she’s spending a few months in the small, lakeside town she loved as a child. All she wants is a little time to decompress before law school in the fall and maybe even strike up the courage to talk to a woman.

A chance meeting at the lake opens up the possibility of a summer romance, with the explicit understanding that it can’t become something more. Olivia’s not built for falling in love, and Val needs to keep her eye on the prize of a successful career. But neither of them can deny the attraction, and summer quickly takes on a life of its own. 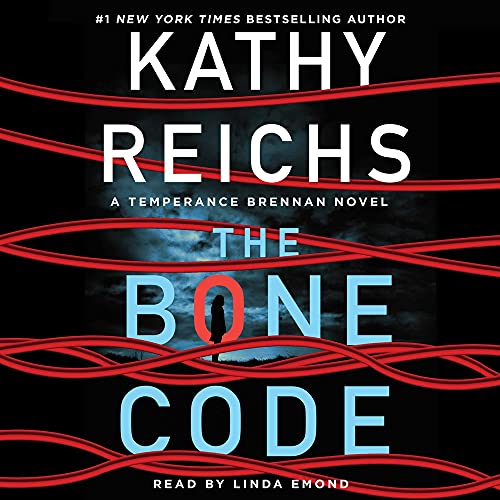 On the way to hurricane-ravaged Isle of Palms, a barrier island off the South Carolina coast, Tempe receives a call from the Charleston coroner. The storm has tossed ashore a medical waste container. Inside are two decomposed bodies wrapped in plastic sheeting and bound with electrical wire. Tempe recognizes many of the details as identical to those of an unsolved case she handled in Quebec years earlier. With a growing sense of foreboding, she travels to Montreal to gather evidence.

Meanwhile, health authorities in South Carolina become increasingly alarmed as a human flesh-eating contagion spreads. So focused is Tempe on identifying the container victims that, initially, she doesn’t register how their murders and the pestilence may be related. But she does recognize one unsettling fact. Someone is protecting a dark secret – and willing to do anything to keep it hidden.

An absorbing look at the sinister uses to which genetics can be put, and featuring a cascade of ever-more-shocking revelations, The Bone Code is Temperance Brennan’s most astonishing case yet – one that gives new meaning to today’s headlines. 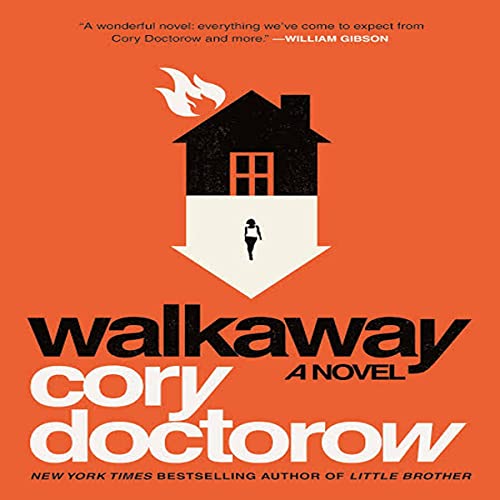 From New York Times best-selling author Cory Doctorow, an epic tale of revolution, love, post-scarcity, and the end of death.

“Walkaway is now the best contemporary example I know of, its utopia glimpsed after fascinatingly extrapolated revolutionary struggle.” (William Gibson)

But after watching the breakdown of modern society, he really has no where left to be – except amongst the dregs of disaffected youth who party all night and heap scorn on the sheep they see on the morning commute. After falling in with Natalie, an ultra-rich heiress trying to escape the clutches of her repressive father, the two decide to give up fully on formal society and walk away.

After all, now that anyone can design and print the basic necessities of life – food, clothing, shelter – from a computer, there seems to be little reason to toil within the system.

It’s still a dangerous world out there, the empty lands wrecked by climate change, dead cities hollowed out by industrial flight, shadows hiding predators – animal and human alike. Still, when the initial pioneer walkaways flourish, more people join them. Then, the walkaways discover the one thing the ultra-rich have never been able to buy: how to beat death. Now, it’s war – a war that will turn the world upside down.

Fascinating, moving, and darkly humorous, Walkaway is a multigeneration SF thriller about the wrenching changes of the next 100 years…and the very human people who will live their consequences.

Week of May 2nd (Part 2) New and Notable